The heirs of Max Liebermann, a Jewish German painter whose portrait of his wife was snatched by the Nazis in 1943, will receive an undisclosed financial settlement in order to resolve a dispute that’s lasted 10 years, the New York Times reports. The Georg Schäfer Foundation, the organization and joint museum that’s currently housing the portrait, previously disputed statements made by the heirs of Jewish art owners that certain works within their collection were theirs to claim. Now, the foundation has promised to display the three Liebermann artworks with prominent explanations of their provenance.

Two other works included in the heirs’ settlement, Boys Bathing and an Adolph Menzel drawing Twelve-Year-Old Jesus in the Temple, are presumed to have been lost within the churn of Nazi persecution in the 1940s. A lot of the artwork that makes up the foundation’s collection was initially scooped up by industrialist Georg Schäfer, who did a lot of shopping in Munich, a city which Nazi-affiliated art dealers thrived in the mid 20th century.

This is not the first time a dispute has arisen regarding the rightful owners of a Liebermann painting. In 2014, a Holocaust survivor named David Toren claimed that his great-uncle, an art collector, at one time owned a Liebermann painting called Two Riders on the Beach. Two Riders was part of a mass seizure of paintings that had a wide array of potential affiliations with Nazi looting.

Sibylle Ehringhaus a researcher who was charged with analyzing the origins of the Georg Schäfer foundation’s paintings, told the New York Times she didn’t believe the museum was at all willing to return Nazi-looted art. “This is a huge step forward,” she said. “There was not really any serious argument to be made against reaching an agreement with the heirs anymore.” 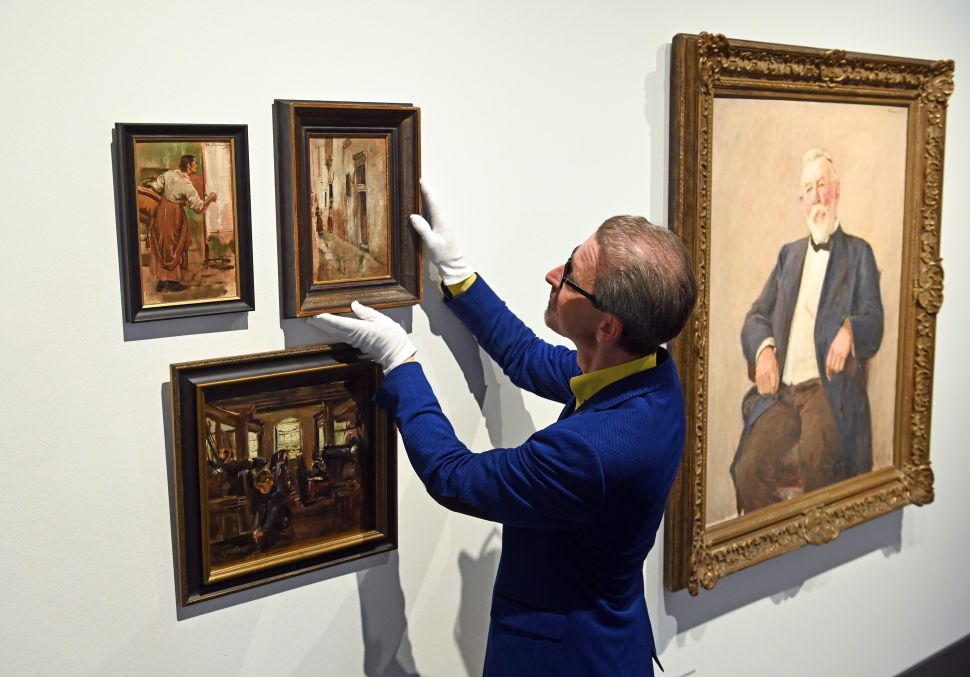