Game of Thrones changed television forever. Not only did it help to usher in the era of Blockbuster TV that has now succeeded Peak TV, it also provided a blueprint to fledgling streaming services desperate for a flagship series. There’s a reason why Disney+ launched with the first-ever live-action show set within the Star Wars universe in The Mandalorian and why every competitor is attempting to replicate that success. Big budget genre series with blockbuster broad appeal can anchor an entire SVOD library (see: Stranger Things) and immediately attract new and existing subscribers.

As a result, the major streaming services are throwing gobs of money at high-concept science fiction, fantasy, action adventure, and anime adaptations to unearth the next monoculture hit à la The Mandalorian. Here are eight upcoming new shows across four premium players that hope to steal the crown.

Cowboy Bebop, based on the beloved anime series of the same name, is an action-packed space Western about three bounty hunters, aka “cowboys,” all trying to outrun the past. As different as they are deadly, Spike Spiegel (John Cho), Jet Black (Mustafa Shakir), and Faye Valentine (Daniella Pineda) form a scrappy, snarky crew ready to hunt down the solar system’s most dangerous criminals — for the right price. But they can only kick and quip their way out of so many scuffles before their pasts finally catch up with them.

Given the show’s critically acclaimed pedigree (the original helped to popularize anime for western audiences) and talent both in front of the camera and in the writer’s room, Netflix’s Cowboy Bebop is one of my most anticipated upcoming new shows throughout all of television. No wonder a second season is already in the works. Cowboy Bebop will premiere November 19.

A live-action adaptation of Avatar: The Last Airbender, also based on a beloved animated series, has been in the works at Netflix for some time now. Nearly a year ago, original creators Michael Dante DiMartino and Bryan Konietzko departed the project over creative differences with the streamer, thrusting its future into uncertainty. But finally, Netflix has the show back on track with new showrunner Albert Kim (Sleepy Hollow, Nikita) and a talented cast of young actors.

Kim promises that the live-action series will have fresh twists on familiar characters and storylines so as to provide audiences familiar with the cartoon something new to fawn over. Adapting such an acclaimed series that only finished its run in 2008 is a tall order. But if done correctly, it can be one of Netflix’s most promising originals. Netflix has not yet set a premiere date for Avatar: The Last Airbender.

Amazon’s still untitled Lord of the Rings TV adaptation made the Hollywood blockbuster move of staking out a release date more than a year in advance. The approach suggests that Amazon views its sprawling Middle Earth adventure more as an event film than a typical TV release. And why shouldn’t they? By all accounts, Amazon’s Lord of the Rings will be the most expensive TV series in history.

The new drama brings to screens for the very first time J.R.R. Tolkien’s fabled Second Age of Middle Earth’s history. Beginning in a time of relative peace, thousands of years before the events of J.R.R. Tolkien’s The Hobbit and The Lord of the Rings books, the series follows an ensemble cast of characters, both familiar and new, as they confront the long-feared re-emergence of evil to Middle Earth. Amazon’s Lord of the Rings will premiere September 2, 2022.

The Wheel of Time will attempt to synthesize Robert Jordan’s best-selling 14-book fantasy series into a TV show. Best of luck with such a mammoth undertaking. Fortunately, the source material provides a detailed roadmap for where such a long and winding story can go.

Set in a sprawling, epic world where magic exists and only certain women are allowed to access it, the story follows Moiraine (Rosamund Pike), a member of the incredibly powerful all-female organization called the Aes Sedai, as she arrives in the small town of Two Rivers. There, she embarks on a dangerous, world-spanning journey with five young men and women, one of whom is prophesied to be the Dragon Reborn, who will either save or destroy humanity. Amazon’s The Wheel of Time will premiere November 19.

Isaac Asimov may have passed away nearly 30 years ago, but his work is still informing sci-fi entertainment today (I’m an I, Robot defender, sue me). Foundation, Apple TV+’s ambitious big budget adaptation of his novel series, is hopefully a step above See as it ranks highly among audience’s most anticipated new series.

Foundation, developed by showrunner David S. Goyer (The Sandman, Terminator: Dark Fate) chronicles a band of exiles on their monumental journey to save humanity and rebuild civilization amid the fall of the Galactic Empire. Apple TV+’s Foundation will premiere September 24.

Invasion looks to couple the diverse cultural perspectives of World War Z (the book, not the overly sanitized movie) with the sci-fi trappings of Independence Day as it chronicles an alien invasion through the different viewpoints of various people on different continents across the world. The ever legendary Sam Neill stars as Sheriff John Bell Tyson, who looks to be the unifying force in Invasion‘s wide breadth.

Time for a quick little game of pro and con. Pro: Invasion reportedly carries a $200 million budget, giving it all the necessary resources to provide Mandalorian-esque spectacle. It filmed in New York as well as UK (Manchester), Morocco and Japan. Con: Showrunner Chad Feehan departed the series during production and creators Simon Kinberg (355) and David Weil (Hunters) have both been busy with other projects. There seems to have been a fair amount of behind-the-scenes tumult. Apple TV+’s Invasion will premiere October 22.

A live-action Green Lantern TV series is just one of many blockbuster haymakers WarnerMedia is currently developing across its many content platforms. The HBO Max series recently added Finn Wittrock (Ratched) as Guy Gardner, who was described by Variety as a “hulking mass of masculinity, and, as rendered in the comics, an embodiment of 1980s hyper-patriotism. And yet, Guy is somehow likable.”

The untitled Green Lantern show will span decades and galaxies, starting on 1941 Earth with the very first Green Lantern, closeted FBI agent Alan Scott, and in 1984 with Gardner and half alien Bree Jarta. Many other Lanterns, some new and some familiar, will also make appearances. HBO Max has not yet set a premiere date for Green Lantern.

Originally picked up in June 2019, there hasn’t been much in the way of concrete developments for HBO Max spinoff Dune: The Sisterhood. Jon Spaihts was originally set as showrunner, but later stepped down to focus on the Dune film sequel with director Denis Villeneuve (who will also executive produce the series as well as direct the pilot). If Dune is a hit, which is far from a sure thing, we can likely expect more movement on its small screen spinoff. HBO Max has not yet set a premiere date for Dune: The Sisterhood. 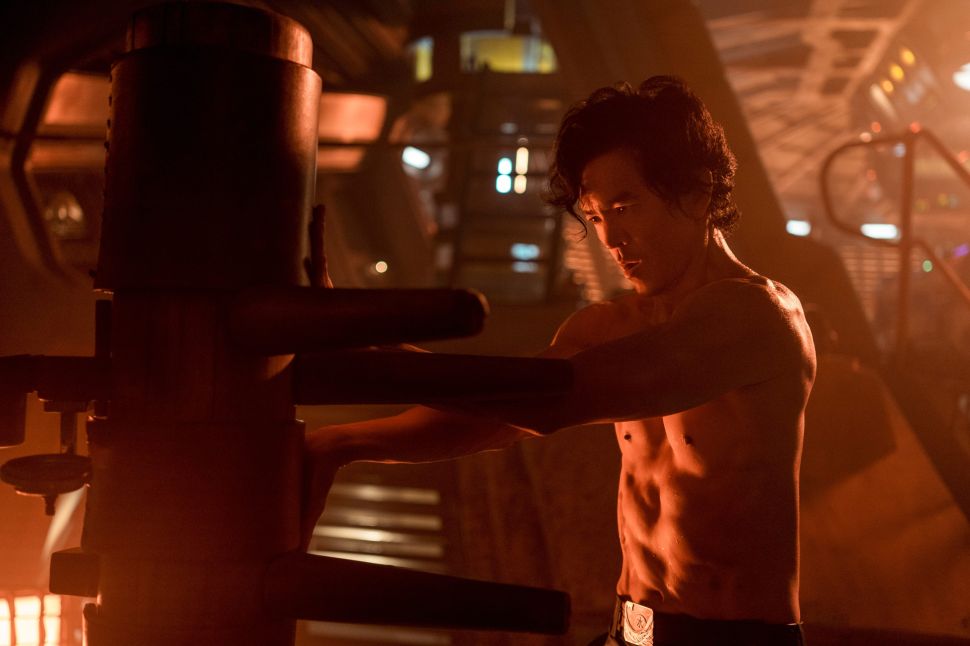