In 2017, film archivists at Martin Scorsese’s The Film Foundation estimated that half of all American films made before 1950 are now lost, unable to be viewed, and perhaps more than 90% of films made before 1929 are similarly gone forever. At the Library of Congress, experts have found that 70% of silent films have been completely lost, with many of the remaining silent films being incomplete or lower-quality versions.

While this seems like it would be limited to the olden, Golden Age days of film—a result of chain-smoking studio executives waving away rolls upon rolls of film in trans-Atlantic accents, banishing them to damp, dark basements to never see the silver screen again—the loss of movies from recent history is becoming more and more common as the streaming wars rage on.

Take, for instance, the 1981 film Possession, an international production with all of the ingredients to be an enduring cult classic. Directed by Andrzej Żuławski, this mind-boggling divorce horror movie (a genre we can only hope to see more of in the future) stars Isabelle Adjani in a role that won her the Best Actress award at the Cannes Film Festival. She plays a far more unhinged prototype of Gone Girl’s Amy Dunne; opposite of her is rising star Sam Neill as a Berlin spy and absent husband. The film chronicles the tense and terrifying erosion of their marriage, blending elements of realism with the alien and supernatural. The whole thing takes place in West Berlin, with the Berlin Wall in view for a hefty amount of screentime to add an extra degree of Cold War tension and mystery. Possession is an irresistibly weird movie, a status which resulted in the film being cut by over 40 minutes in its original American release.

With such a fascinating story behind it, Possession is a hidden gem of a film—emphasis on the hidden. The movie has been missing from streaming services for years; you can’t even rent or buy it on Amazon Prime or YouTube or iTunes. For all intents and purposes in the streaming era, Possession just doesn’t exist. Unless, of course, you scour the secondhand markets of Amazon and eBay, where I was ecstatic to purchase a Korean version of the DVD for a mere $5 (European and American prints of the disc range anywhere from $30 to upwards of $80).

This kind of movie scarcity may seem like a fluke, with Possession being a single example of something valuable falling through the cracks, but it’s hardly the only film to suffer the fate of extinction. Another work from the not-too-distant-past that seems incapable of reaching our screens is 1999’s beauty pageant mockumentary Drop Dead Gorgeous. The film contains a bevy of talent, from Allison Janney to Kirsten Dunst, Kirstie Alley to the late Brittany Murphy. It’s perennial Oscar-nominee Amy Adams’ first role ever. That alone (and Denise Richards’ awe-inspiring talent portion performance, of course) should cement it as a staple for streaming!

Somehow, though, Drop Dead Gorgeous wasn’t available on streaming platforms until two decades after its release. Once it arrived, many a think piece came out praising the film’s absurd but truthful depictions of teenage girlhood, bolstering its status as a cult classic. After searching in vain for the movie for years, I was lucky enough to catch it on Hulu during the short window it was there. But it has inexplicably disappeared again. Now, it’s still unavailable for streaming or purchase digitally—once again, secondhand DVDs are your only option to see it.

Physical media, though going out of style, is the only way to access many great movies that streaming has excluded over the years. The Diana Ross 1972 vehicle Lady Sings the Blues received a Blu-Ray rerelease this year, after only scarce, decades-old copies could be found online and in stores. Surely Ross’ name and ongoing legacy deserve better preservation than that. 1977’s New York, New York stands as another unlikely lost movie, if not for it’s A-list director and stars (Martin Scorsese, Liza Minnelli, and Robert De Niro), then for its extraordinarily famous theme: the song “New York, New York,” most notably covered by Frank Sinatra, came from this film! In spite of that enduring cultural touchstone of a song, the movie has all but ceased to exist.

The list goes on and on, made up of everything from Oscar winners (1978’s Coming Home starring Jane Fonda, Jon Voight, and Bruce Dern) to controversial independent ventures (Spring Breakers, director Harmony Korine’s first writing credit, and the NC-17-rated Kids). The fact is, there is no way to know what these streamers are missing unless you know these lost films for yourself. Many require you to hunt them down, to buy secondhand, to potentially pay exorbitant amounts for first edition copies because those are the only ones in existence. Though streaming seems to offer an endless number of titles at the click of the button, there’s a limit to what these platforms house, and many hidden gems are too often forced out of the cinematic consciousness as a result.

With all of that being said, Possession has lucked out. Via some kind of divine intervention (because what else could motivate the resuscitation of a 40-year-old movie?), Metrograph has created a 4K restoration of the film to be released both in theaters and digitally. Possession is set to premiere at Austin’s Fantastic Fest in the last week of September, after which it will be available in person and online through Metrograph in New York on October 1 before opening nationwide October 15. Hopefully, this rerelease will prompt revivals of other lost movies, so we can finally watch what we didn’t know we’d been missing. 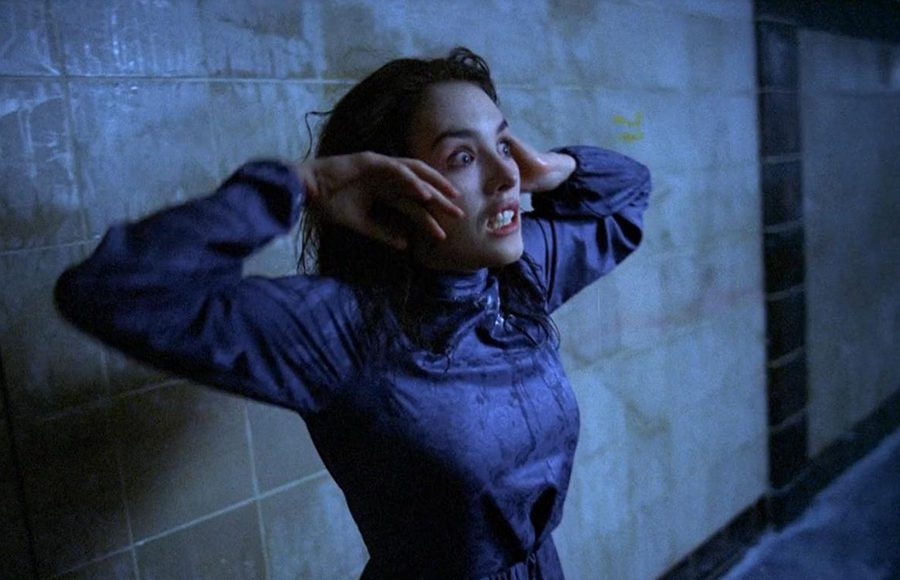