Put down your martinis, gas up the Aston Martin, and prepare to head back to MI6. On October 8, after nearly two full years of delays, No Time To Die will finally arrive in theaters. After debuting as James Bond in 2006’s Casino Royale, Daniel Craig will bid adieu to the franchise as the longest-tenured 007 in series history. Five films, 15 years, and north of $3 billion at the worldwide box office have established the Craig era as one of the most successful runs in franchise history. The question now is whether the series can maintain momentum moving forward without him.

Speaking on BBC Radio 4’s Today, franchise producer Barbara Broccoli confirmed that the search for a new James Bond will begin in 2022. “We want Daniel to have his time of celebration. Next year we’ll start thinking about the future,” she said, per Deadline.

Our Top 5 Picks For the Next James Bond

The next James Bond actor needs to have the talent to provide a compelling franchise anchor, a track record that hints at a potential fit in the iconic tuxedo, and must be the right age to carry the series for the next decade (apologies to popular fancasts such as Tom Hardy and Idris Elba). So to help jumpstart the search process, here are, in no particular order, a handful of names that we think should be considered for the role.

Madden, 35, has long been a popular fancast for the role thanks to his prominent place in Game of Thrones history. He’s even conceded that the all the casting rumors have been good for his ego. But it wasn’t until his pulse-pounding BBC miniseries Bodyguard, which became a Netflix sensation, that his candidacy became a heavyweight contender.

As war veteran turned police sergeant, Bodyguard‘s David Budd allowed Madden to show off a more tortured and unstable version of heroism that aligns with the Craig era’s grounded approach to Bond. Budd’s combination of both physicality and vulnerability feels in step with the modern era. It also helps that Madden will be front and center of Chloé Zhao upcoming Marvel blockbuster Eternals.

Kaluuya, 32, is already an Oscar winner with another nomination under his belt. His soul-bearing performance in Get Out revealed an actor unafraid of risk and deeply in touch with the emotional center of a character marooned in a precarious position. His turn in Widows showed a previously unseen, and terrifying, intensity. And his celebrated performance in Judas and the Black Messiah swiveled from empathetic to ambitious to independent, all good Bond qualities.

Kaluuya is a special talent that can push the aging Bond franchise into new directions by bringing a new perspective to the colonial Queen and Country sales pitch (bonus points if his Widows director Steve McQueen hops behind the camera).

If Craig’s James Bond was meant to be a bulldozer of a man flattening everything in his path, consider Patel, 31, a scalpel of precision. Patel is lanky where Craig’s Bond was broad; there’s a wiry energy to the young actor that has continued to sharpen ever since his big screen debut in Slumdog Millionaire.

Saroo was a lost soul searching for his own origins in Patel’s Oscar-nominated performance in Lion, while The Green Knight saw Patel’s character, Sir Gawain, mature from an arrogant young man of appetites to a noble leader with an appreciation for mortality. Both lend elements necessary for Bond, who is both an orphan indoctrinated into patriotism, as well a hedonistic lush… with something resembling a conscience.

No need to beat around the bush on this one: Page, 31, is the type of handsome dapper don that can charm the pants off any man or woman during his hypothetical tenure as a globe-trotting spy. The Bridgerton breakout is one of the hottest young stars in Hollywood and has left Netflix’s most-watched original series ever for bigger opportunities on the horizon.

An imposing physical presence with the good looks and charisma of modern royalty, his casting would bring a jolt of youthful excitement to the long-running and mostly static 007 hierarchy.

Boyega, 29, would be the youngest James Bond actor ever if he were cast tomorrow (George Lazenby was 30 when On Her Majesty’s Secret Service hit theaters). Exploring the earlier years of Bond would mark something of a departure from the standard formula that would help the next iteration stand apart.

There’s a buoyant energy to Boyega that runs through the comedic swagger of Attack the Block and the Star Wars sequel trilogy as well as his more dramatic work in films such as Detroit and Small Axe. Even when his characters are serious-minded or suffering, there’s an uplifting tone to his work that could help balance out 007’s outdated rhetoric. 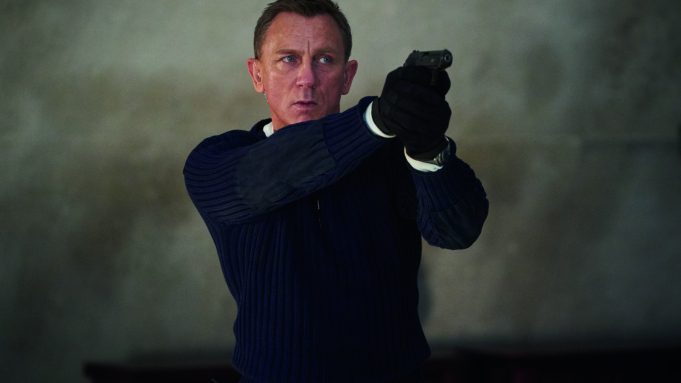