Mike Tyson once famously observed that “Everyone has a plan until they get punched in the mouth.” In a way, No Time To Die, Daniel Craig’s fifth and final James Bond foray, is the long overdue result of an unexpected haymaker that changed the franchise’s trajectory.

Historically, Bond films were standalone stories that didn’t much reference what came before. Then came the 2007/2008 Writer’s Guild, which left the script for Quantum of Solace, Craig’s second 007 outing, as nothing more than “bare bones.” To add some meat and muscle, Craig and director Marc Foster made it a direct follow-up to Casino Royale, and the serialized storytelling that began as a necessity became a defining trait of the Craig era. It is both No Time To Die’s greatest strength and most glaring flaw.

“We don’t need to go fast,” Bond tells Léa Seydoux’s Madeleine Swann early on in No Time To Die, six years after they rode off into the sunset in Spectre. Here we encounter a Bond who is quite literally taking his foot off the gas, content to embrace the moment and ease back after a life full of action. But the secrets and wounds he carries with him guarantee that the past is never truly dead, or even past.

The specter of Casino Royale’s Vesper Lynd (Eva Green) has loomed over the Craig iteration of the Bond franchise all the way through, well, Spectre. She is this Bond’s primary catalyst, the source from which his internal and external journey flows. No Time To Die is no different. To move forward in his new life with Madeline, Bond must grapple with the ghost that haunts him. “I miss you,” he says at Vesper’s grave and burns a note where he’s inscribed “Forgive me.” Five words divided neatly into the cause and effect that has shaped this character’s life.

No Time To Die works best when it’s serving as an epilogue to the arc traced by Casino Royale, Quantum of Solace and Skyfall. As the film capably pays off narrative threads to a story we’ve been following for 15 years, our familiarity creates a sense of knowing warmth. The rotating character dynamics and twists on classic Bond tropes provide humor, but No Time To Die is determinedly contemplative, ruminating on regrets and sacrifice. And those emotional touchstones anchor the relentless spectacle, which may well be more ambitious (or bombastic, depending on your point of view) than any Bond film in history.

But No Time To Die is so focused on bidding adieu to Craig’s Bond in fitting fashion that it yields some bloat as the longest Bond film ever (2 hours, 43 minutes). Yes, it pays off storylines from previous films in entertaining fashion; it also goes out of its way to tie up loose ends that didn’t necessarily merit attention. And the ghost of Vesper Lynd is so intertwined with this Bond that it reminds us that he and Madeleine don’t share the same chemistry. The film is focused on a love story that’s essentially inert.

No Time To Die’s momentum falters when it begins to incorporate Spectre’s messy plot, itself an attempt to create a consistent through line to all of Craig’s Bond films. But a retroactive through line requires some serious mental gymnastics, and No Time To Die is saddled with needless complication and subterfuge. No Time To Die absolutely works more than it doesn’t, but it’s difficult to plot the course ahead when you’re looking inward and backward.

Lashana Lynch’s excellent 00 character tells a retired Bond he’s got “time to kill, but nothing to live for.” Rami Malek’s uninspired antagonist later describes him as a “chaser of lost causes.” Another time, Bond surveys his life and surmises that the “world doesn’t change much.” Redemption may not be earned in a single act, but one decision can echo longer and louder than our own lives, No Time To Die argues.

Craig’s Bond is very much defined by his splintered soul. Casino Royale was a beginning, but the bulk of the next four movies kept reminding us all how old and outdated Bond was for the modern world. He was obsolete, yet each film invented new ways to reimagine him as essential. In many ways, the carry over nature helped this era stand out from the 44 years of standalone storytelling that preceded it. Serialization was its secret weapon. But like any weapon, it can also be used against its wielder. 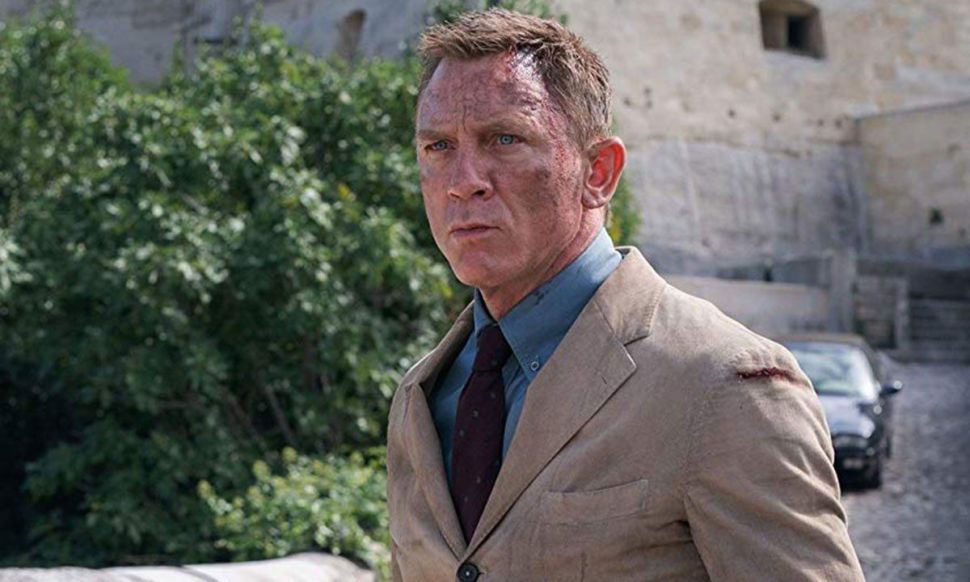