The former commissioner of the U.S. Food and Drug Administration predicts that the COVID-19 pandemic could run its course, at least in the U.S., by Thanksgiving—if there aren’t any more hyper-infectious strains after the Delta variant.

In an interview with CNN on Monday, Scott Gottlieb, who headed the FDA from 2017 to 2019, said the Delta variant may be the last major wave of infection in the U.S. given recent case data.

“We’re going to start to transition from the pandemic phase of this virus, at least here in the U.S., to a more endemic phase where the coronavirus becomes a persistent threat.” Gottlieb told CNN host Pamela Brown. “But you’re not seeing levels of infection quite the same way that you’ve seen them in the past year and a half.”

Gottlieb noted that daily new cases are falling nationwide thanks to sharp declines in southern states where the Delta variant has “really run its course.” “By Thanksgiving, you’ll see cases decline to a level that feels more manageable,” he said.

Gottlieb’s predictions are consistent with projections by a mathematical model built by a consortium of researchers advising the CDC.

According to the latest analysis from the COVID-19 Scenario Modeling Hub, released last week, the Delta variant seems to peaking in the U.S. and cases and deaths will likely decline steadily now through the spring without a significant winter surge.

The U.S. is currently reporting about 120,000 new cases every day, according to the CDC’s COVID-19 tracker. The COVID-19 Scenario Modeling Hub predicts that daily cases will drop to 9,000 by March 2022.

The model’s prediction is based on the assumptions that no highly infectious variant emerges after Delta and children under the age of 12 get vaccinated as planned once the FDA authorizes emergency use.

On Tuesday, Pfizer submitted its vaccination data for children ages 5 to 11 to the FDA. The agency could approve it as soon as late October, said President Biden’s chief medical advisor, Dr. Anthony Fauci.

New viral mutations, however, are much harder to predict. In August, the World Health Organization identified a new COVID-19 strain called “Mu” as a “variant of interest.” The variant had spread to 40 countries and infected nearly 9,000 people worldwide as of September 26, according to data on the virus tracking website Outbreak.info, first reported by Newsweek. No new case has been reported in the U.S. since then.

“Any of us who have been following this closely, given what happened with delta, are going to be really cautious about too much optimism,” Justin Lessler at the University of North Carolina, who helps run the COVID-19 Scenario Modeling Hub, told NPR last week. “We have to be cautious because the virus has shown us time and time again that new variants or people loosening up on how careful they’re being can lead things to come roaring back.” 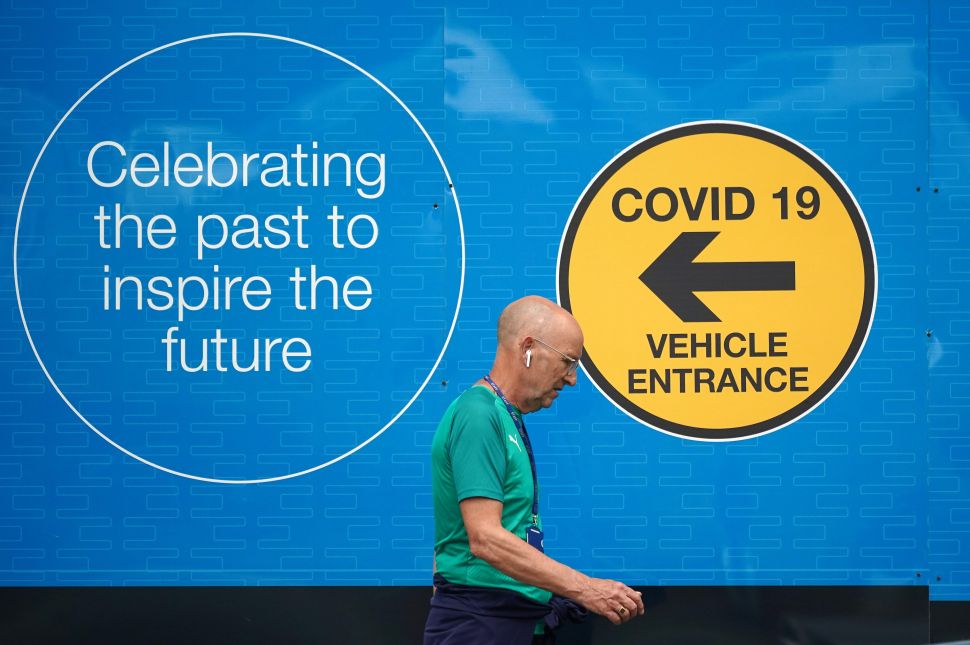