On Monday, September 13, the long-delayed Met Gala finally took place, as the most stylish stars attended the biggest night in fashion. Those that received a coveted invitation to the exclusive event donned their sartorial best for the evening, though certain guests were more successful in dressing for the theme, “American Independence,” than others.

Plenty of athletes were invited to the glamorous event, including tennis champions Naomi Osaka and Emma Raducanu, who both attended the Met Gala for the first time this year. Prior to heading over to the Metropolitan Museum of Art, the star athletes prepared for the big evening at the Peninsula Hotel.

The five-star Fifth Avenue hotel, which finally reopened to guests in June 2021 after a 14-month closure due to the coronavirus pandemic, has long been a celeb-favorite, and has previously welcomed Met Gala guests including Halsey, Candice Swanepoel and Camila Mendes.

The hotel is composed of 235 rooms, including 55 suites. While all the rooms are perfectly lovely, with elegant yet contemporary interiors, certain accommodations stand a step above the rest, such as the new two-bedroom Fifth Avenue Suite.

The Peninsula wasn’t able to confirm which specific rooms the Met Gala attendees prepped in, but Osaka, who was a co-chair of this year’s event and wore Louis Vuitton by Nicolas Ghesquière, shared Instagram snaps that appear to be from the Fifth Avenue Suite, which spans 2,530 square feet and has impressive views of the namesake street below. It also contains a dining room that comfortably seats 10 (which seems to have been used as a very chic glam room by Osaka), plus a private kitchen and study. If you’re interested, the suite typically costs approximately $19,000 a night.

There’s also the plush six-room Peninsula Suite, which is composed of three bedrooms, a kitchen, living room and a study, encompassing 3,300 square feet. Newly crowned 18-year-old U.S. Open winner Raducanu, who wore Chanel to the event, seems to have prepared for her first-ever Met Gala in the palatial suite, according to her Instagram photos. The price of such luxury? A staggering $22,000 per night.

Osaka and Raducanu weren’t the only stylish Met attendees to prep for the big night at the Peninsula, as Winnie Harlow, Ciara and Rosé all chose the Fifth Avenue hotel to to get ready for the 2021 Costume Institute Gala. Below, take a peek inside the stylish hotel. 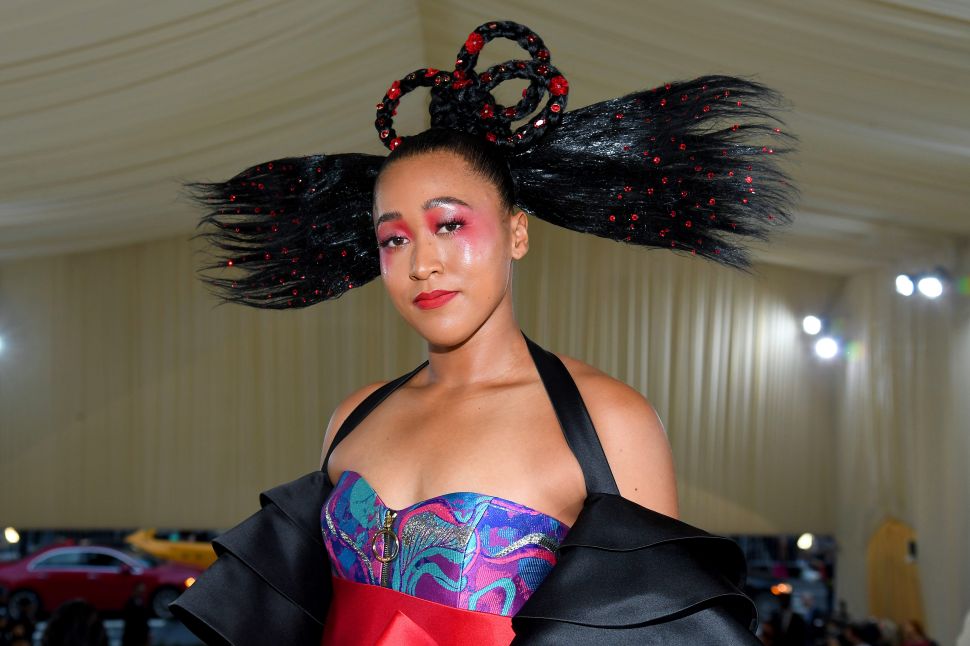