After a 556 day, coronavirus-induced hiatus from conventional concerts, New York’s Philharmonic returned last Friday for its return performance in the midst of drama surrounding the performance group. Jaap van Zweden, the Philharmonic’s music director, announced last week that he’ll be stepping down at the conclusion of the 2023-2024 season. Additionally, the Philharmonic’s David Geffen Hall is currently closed for renovations, and will once again be available to be visited in 2022. Overall, it’s been a period of intense upheaval for the iconic orchestra, which happens to hold the distinction of being America’s oldest.

In the past, the New York Times writes, van Zweden sometimes staged performances in which he made questionable decisions with the material; nevertheless, the director is prepared to steward the orchestra through his last season with aplomb. Plus, the feeling of being back out in front of a live audience was thrilling for the performers who’d been denied such an experience for so long.

“That kind of feeling, when we walk out and see a full audience, it’s very inspirational to us because we want to share the music with as many people as possible,” Frank Huang, the Philharmonic’s first violinist, told NY1. Huang acknowledged that many musicians onstage will now be wearing masks, but that “the familiarity of being on stage and performing for an audience, it is going to be there. You know, we feel very comfortable playing together as a group.”

Similar changes have been put in place for both performers and attendees of Broadway shows, which recently made their triumphant comeback after being teased for months by New York’s leaders. Proof of vaccination is required for Broadway audiences and stars alike, and children under the age of 12 wishing to attend a show are required to offer negative coronavirus tests. 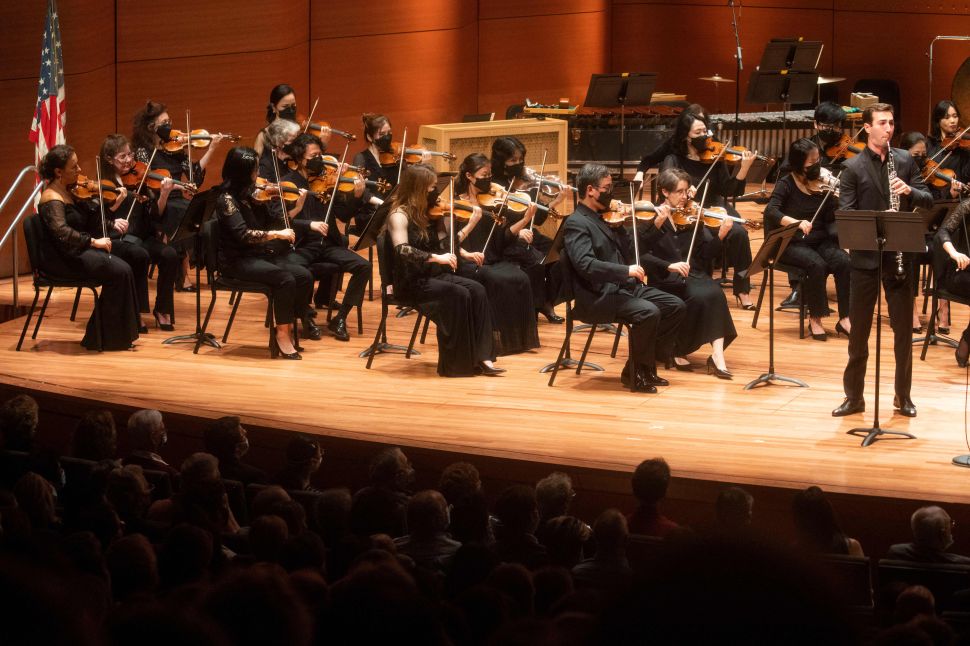