The Duke and Duchess of Sussex have touched down in New York. Prince Harry and Meghan Markle kicked off their trip to Manhattan today, with their first big in-person public appearance together since moving to the U.S. last year, as they visited One World Observatory at One World Trade Center, alongside Governor Kathy Hochul, Mayor Bill de Blasio and the mayor’s family. They also went to the 9/11 Memorial and Museum.

Prince Harry and Meghan are in New York to attend the Global Citizen Live concert in Central Park, on this Saturday, September 25. This is the Sussexes first trip to Manhattan together; Duchess Meghan was last in New York in 2019 for her baby shower and then for the U.S. Open, while Prince Harry hasn’t traveled to the city since 2013.

Prince Harry and Meghan reportedly made the cross-country journey as a twosome, and left their two children, Archie and Lili. at home in Montecito, perhaps with the Duchess’ mother, Doria Ragland.

The Sussexes haven’t announced the rest of their trip agenda just yet, aside from their upcoming appearance at the Global Citizen Live concert to emphasize the need for global vaccine equity this weekend, but they’re quite excited about their New York getaway, and can’t wait to explore the city in the “romantic fall,” according to Page Six.

Prince Harry and Meghan’s New York jaunt marks a return to work for the couple, as they’ve spent most of the summer on parental leave, following the birth of their daughter, Lili, in June, and it’s also their first major trip together since stepping down as senior royals last year. 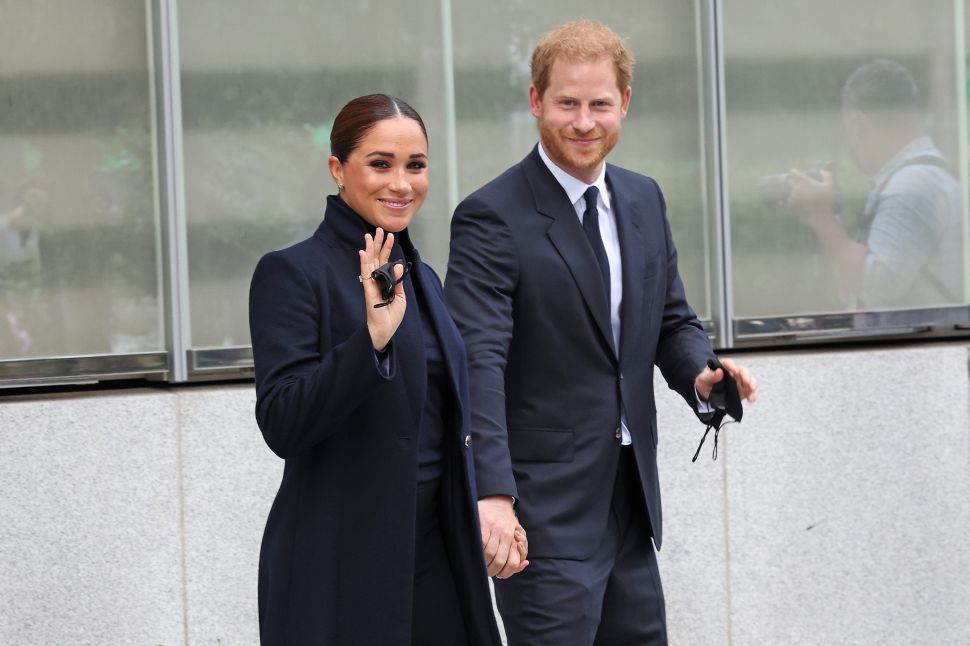