The Duke and Duchess of Sussex are now in New York on their first big trip since moving to the U.S. last year, and they chose the perfect royally-approved hotel for their stay. Prince Harry and Meghan Markle have checked into the iconic Carlyle Hotel on the Upper East Side, which was a longtime favorite of the late Princess Diana.

Prince Harry and Duchess Meghan arrived in New York on Wednesday, per Page Six, and reportedly chose to dine at the Carlyle on their first night in the city, at the hotel’s famed Bemelmans Bar, where friends then came to meet them for drinks.

The 35-story Rosewood hotel, which is located at 35 East 76th Street, first opened its doors in 1930, and has welcomed guests including John F. Kennedy, George Clooney, Naomi Campbell and Gigi Hadid. It was a favorite of Prince Harry’s late mother, Princess Diana, who was a frequent visitor and reportedly often stayed in the hotel’s plush (and aptly named) two-bedroom Royal Suite. The 1,800-square-foot suite, designed by Alexandra Champalimaud is situated on the 22nd floor, and costs around $8,000 a night.

Princess Di’s sons have followed in her footsteps, as Prince William and Kate Middleton checked into the Carlyle during their 2014 visit to New York, and stayed in the Royal Suite. Apparently, that specific suite is currently under renovation, so the Sussexes are staying in different accommodations in the hotel.

Even thought Prince Harry and Meghan aren’t in the Royal Suite, all 189 rooms (including 90 suites) at the Carlyle are ultra-luxurious and fit for royalty. It’s not surprising the Sussexes chose to stay at the Carlyle, as not only is the hotel royally-adored, but it’s known (and greatly appreciated for) its discretion, which is surely one of the reasons it’s so beloved by royalty and A-listers alike.

Prince Harry and Duchess Meghan aren’t the only famous faces who’ve been spending time at the Carlyle over the past few weeks, as celebrities including Rihanna, Kristen Stewart, Kaia Gerber and Kendall Jenner all chose to get ready for the Met Gala at the iconic hotel.

Prince Harry and Meghan are in New York to attend the Global Citizen Live concert in Central Park, on this Saturday, September 25, and they’ve had a busy itinerary. They kicked off their trip with a visit to the One World Observatory yesterday, and then viewed the 9/11 Museum’s Memorial Hall. Later, they met with U.S. Ambassador to the United Nations Linda Thomas-Greenfield.

Prince Harry and Meghan’s trip is a return to work for the couple, as they spent most of this summer on parental leave, after the birth of their daughter, Lili, in June. The Sussexes understandably opted to leave Archie and Lili at home in Montecito; the short trip would be a bit more difficult with two young children, especially amid the coronavirus pandemic. Prince Harry toted around an adorable tribute to his son, though, as he was photographed holding a portfolio briefcase embossed with the phrase, “Archie’s Papa.” 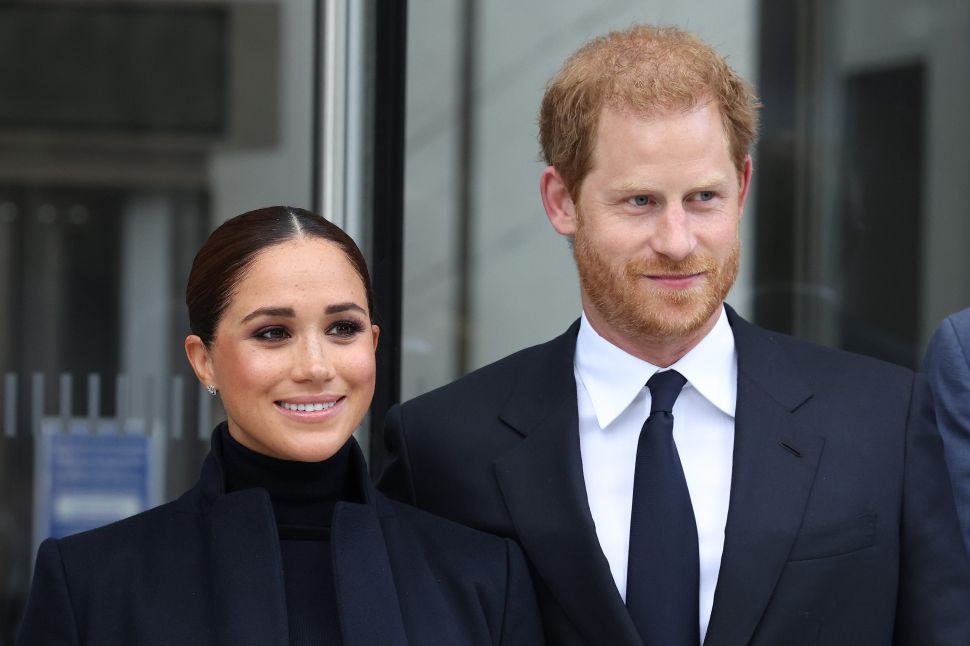