Congratulations are in order for the royal family, as Princess Beatrice and Edoardo Mapelli Mozzi welcomed their first child together over the weekend.

Princess Beatrice gave birth to a baby girl on Saturday, September 18, at 11:42 pm, and Buckingham Palace confirmed the happy news this morning.

“Her Royal Highness Princess Beatrice and Mr Edoardo Mapelli Mozzi are delighted to announce the safe arrival of their daughter on Saturday 18th September 2021, at 23.42, at the Chelsea and Westminster Hospital, London,” reads the official statement. “The baby weighs 6 pounds and 2 ounces,” and both mother and child are “doing well.”

The Palace also shared that the baby’s grandparents and great-grandparents have all been informed, and are, of course, delighted by the new addition to the family. The statement continued, “The family would like to thank all the staff at the hospital for their wonderful care.”

While this is Princess Beatrice’s first child, she is already stepmother to Christopher “Wolfie,” Edoardo’s son from a previous relationship. Beatrice is very close with Wolfie, and has called it a “great honor to become a stepmother.” The official Palace statement includes a sweet acknowledgement of Wolfie, as it says the “couple are looking forward to introducing their daughter to her big brother Christopher Woolf.”

The new baby, whose name has not yet been released, is Queen Elizabeth’s 12th great-grandchild, and Prince Andrew and Sarah Ferguson’s second grandchild. They became first-time grandparents earlier this year, when Princess Eugenie and Jack Brooksbank welcomed their first child, baby boy August, in February.

Princess Beatrice and Edoardo first announced their exciting pregnancy news in May. The couple tied the knot last summer, in a small, surprise ceremony at Windsor Castle in July 2020, after canceling their planned wedding in London due to the coronavirus pandemic. Both Queen Elizabeth and Prince Philip attended the nuptials; it was one of the Duke of Edinburgh’s last public appearances before his death in April 2021.

Princess Beatrice and Edoardo haven’t publicly revealed their baby girl’s name just yet, so eager royal enthusiasts will just have to wait and see what the couple choose to name their first child. 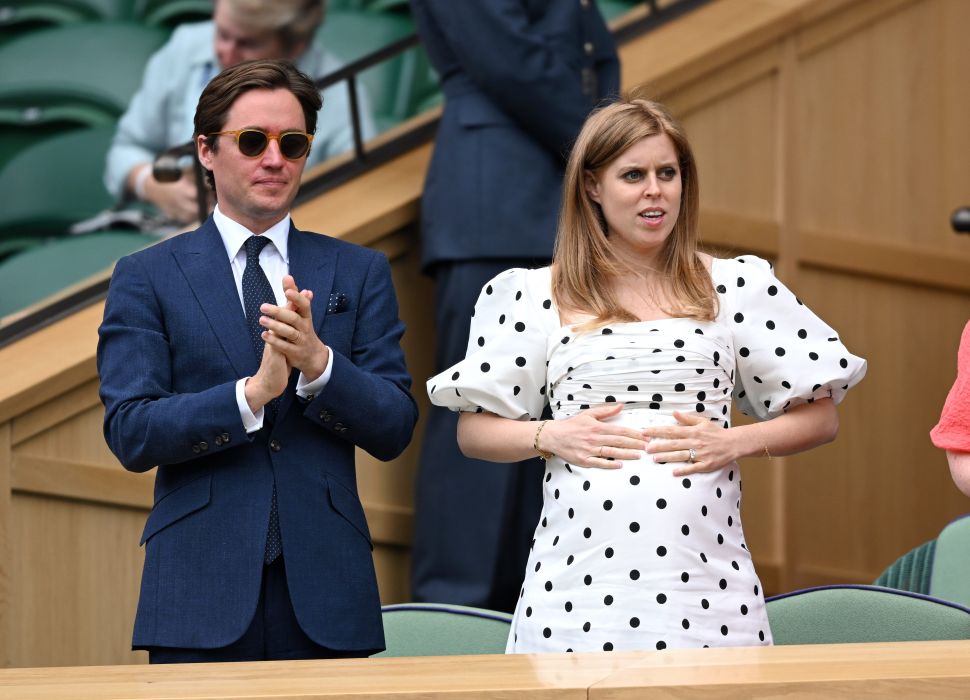