Pussy Riot, the radical group of Russian musicians who’ve repeatedly run afoul of their country’s conservative governmental policies, aren’t new to NFTs — they released a series of four on Foundation in March in order to raise funds for victims of domestic violence — but they’ve returned to the format again to draw attention to the recent procession of incarcerations that have marred the group. Specifically, Pussy Riot is releasing an NFT that revolves around their sentencing documents. The NFT, Virgin Mary, Please Become A Feminist, has been hand-drawn by Pussy Riot member Nadya Tolokonnikova. In the design, the group’s sentencing documents have been covered in pictures of rainbows, hearts, vaginas and a burning police car.

In the center is a drawing of the Virgin Mary, but her body is in the shape of a vagina. This kind of art, of course, flies in the face of Russian president Vladimir Putin’s new edicts regarding “acceptable” forms of art. In April, Russian artist Yulia Tsvetkova, who’d reportedly posted stylized images of vaginal artwork online, was put on trial for charges of disseminating pornography. When it comes to Pussy Riot’s members, several women within the group recently left the country to obtain respite from the deluge of “constant arrests.” For example, In Masha Alekhina, Sasha Sofiev, Ann Kuzminikh, and Veronika Nikulshina of Pussy Riot were re-arrested on charges that included petty hooliganism and arguing with a police officer.

“We went against the traditional religion of our country and from there they jumped to the conclusion that we were a danger to society and should be isolated,” Tolokonnikova explained to The Art Newspaper. Pussy Riot has essentially been perpetually in trouble since 2012, when the group launched a performance in Moscow’s Cathedral of Christ the Savior that called for Putin’s banishment. 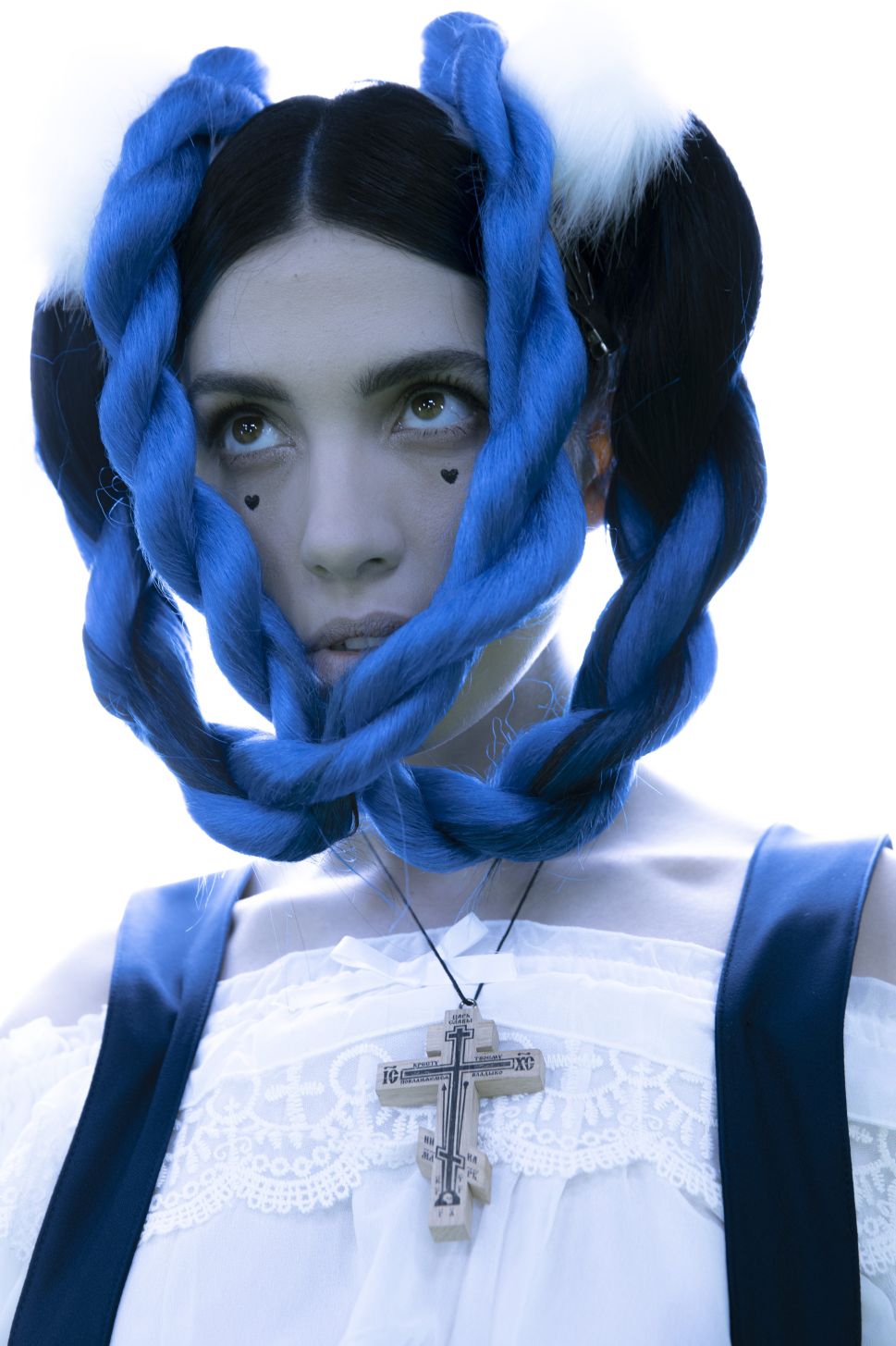