On Wednesday, after years of legal back and forth that saw two residents of Richmond, Virginia filing lawsuits to prevent the following from taking place, a statue of Robert E. Lee was removed from its plinth on historic Monument Avenue. This was able to take place because the Virginia state supreme court recently determined that the statue could be taken down after much national and international debate in the topic. Since the George Floyd protests first began to rock the world last year, many conversations have been had questioning the ongoing relevance of problematic statuary.

For example, in Charlottesville, Virginia, the longstanding statue of Robert E. Lee was recently taken down in addition to other statues of Meriwether Lewis, William Clark and Sacagawea; Confederate general Stonewall Jackson and George Rogers Clark, a Revolutionary War General.

When the Richmond statue was taken down, onlookers chanted jubilantly and celebrated the civic act in the streets.

“Robert E. Lee standing here on Monument Avenue is very symbolic to the Confederate mindset, you know the levels of oppression that people feel on a regular day-to-day basis,” Lawrence West, the founder of BLM RVA, told CNN this week. “With the coming down of the monument it is also a part of coming down with those types of ideals. It brings some closure to the conversation, ‘It’s OK to be racist’.”

“Today’s ruling is a tremendous win for the people of Virginia,” Ralph Northam, the Governor of Virginia, said when the Richmond ruling was decided upon. “Our public memorials are symbols of who we are and what we value. When we honor leaders who fought to preserve a system that enslaved human beings, we are honoring a lost cause that has burdened Virginia for too many years.” 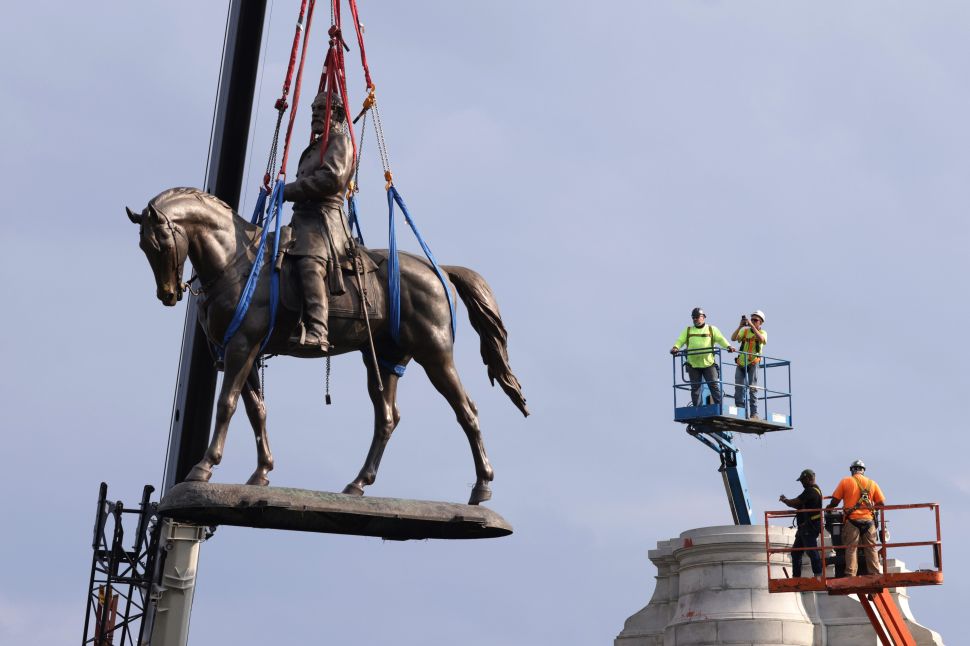