An unfortunate side effect of the increasingly competitive streaming wars is a fragmentation of content availability. In other words, it’s really darn hard to track where and when your favorite shows are available via streaming. Following Sunday night’s Season 5 finale, that’s particularly true for Adult Swim’s Rick and Morty.

Does Rick and Morty receive a next-day airing via Hulu like so many other popular shows? Is it stationed comfortably on HBO Max, which is also owned by Adult Swim’s parent company WarnerMedia? So many questions, so little time (even if Rick and Morty‘s multiverse would have you believe that time is a meaningless construct). Here’s everything you need to know about streaming the fifth season of Rick and Morty.

Rick and Morty On Hulu

Season 4 aired its finale on May 31, 2020 and the entire season began streaming on Hulu November 1, 2020. We know Season 5 and beyond will also eventually be made available on Hulu because the streamer extended its pact with WarnerMedia in October 2019 following Rick and Morty‘s 70-episode renewal. Full seasons should arrive on the platform around five months after season finales air on Adult Swim, according to THR. That would put Season 5’s debut on Hulu on pace for February 2022 following September 5’s finale.

In WarnerMedia’s extension with Hulu, the streaming service retained download rights to Rick and Morty. If you’re a Hulu subscriber who pays for the ad-free tier, you will be able to download episodes to your devices for offline streaming. That’s a nice win for die-hard fans.

Rick and Morty on HBO Max

Despite the increasingly segmented nature of streaming, occasionally the SVOD world throws its fans a bone. In the case of Rick and Morty Season 5, that bone is simplicity.

When Does Season 5 of Rick and Morty Come Out?

The most recent season of Rick and Morty will be made available in full on HBO Max the same day it arrives on Hulu. As such, audiences can plan to binge watch the 10 episodes sometime between late January and early February. Wubba lubba dub dub! 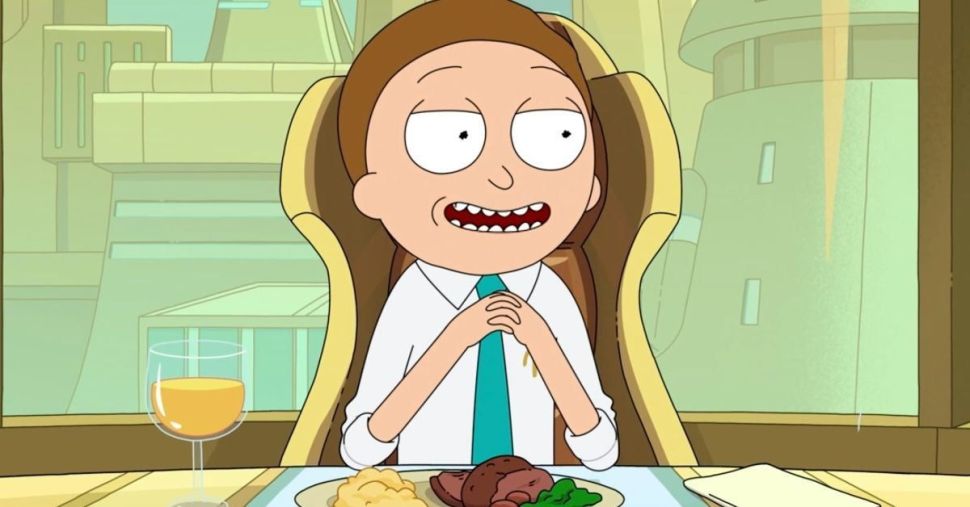