Newly minted billionaire Rihanna is ready to lighten up her real estate portfolio. The Barbados-born Grammy Award-winner, who has amassed an impressive collection of homes over the past several years, just listed her six-bedroom, 10-bathroom Hollywood Hills abode for sale, with a $7.8 million price tag attached.

The Fenty Beauty entrepreneur purchased the 7,130-square-foot Mediterranean-style Los Angeles home for $6.8 million in 2017. Less than a year later, an alleged stalker managed to break into the property; the intruder reportedly made his way all the way inside the house. Luckily, Rihanna wasn’t home at the time of the incident.

Rihanna listed the home for sale shortly thereafter, but then changed her mind and took it off the sales market, instead offering it as a $35,000-a-month luxury rental. Yes, Rihanna could have been your landlord. Now, however, she’s ready to permanently offload the mansion, as first reported by Dirt.

The gated home is perched above the Sunset Strip. There are high ceilings, arched doorways and steel-framed doors and windows throughout, per the listing shared by The Agency brokers David Parnes and James Harris.

The kitchen, which is equipped with dark brown cabinetry, a T-shaped center island and breakfast bar seating, is open to a family room. Elsewhere in the home, there’s a formal dining room, a movie theater and a living room with a large tiled fireplace.

The primary suite is situated on the second floor, with a sitting area, gas fireplace and a sleek bathroom with a freestanding tub and separate shower, plus a private balcony.

Outside, there’s an infinity pool and spa, a barbecue and al fresco dining spaces, as well as lounging and entertaining areas. There’s also a guest house, which is currently in use as a fitness center with a private bathroom.

It’s not particularly surprising that Rihanna decided it was time to part with this Hollywood Hills residence, as she owns a number of other West Coast homes. She’s long maintained an apartment at The Century, and she purchased a $13.75 million Beverly Hills mansion in late 2020. The beauty mogul then scooped up the neighboring property to the Beverly Hills estate earlier this year, doling out $10 million for the home. 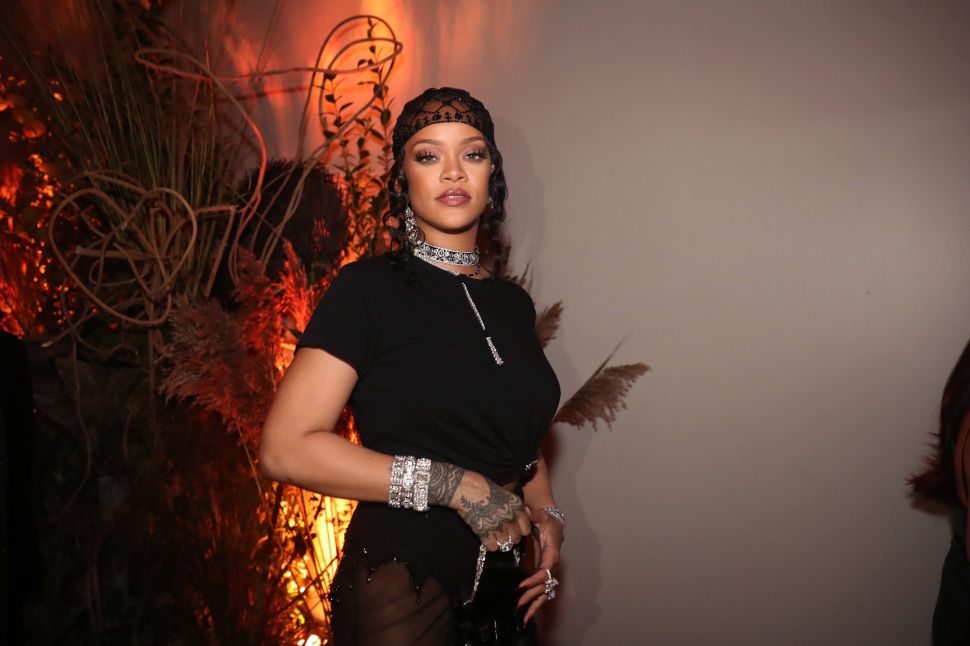