Developing in tandem with other cities across the country that have begun to take down controversial statues of Confederate figures, Richmond, Virginia has determined that its statue of Confederate general Robert E. Lee can be taken down thanks to the ruling of the state supreme court. In recent years, increasingly visceral discourse has swarmed around the fate of American statuary that depicts Confederate or slave trade-affiliated figures. Some have been torn down by protesters, while others remain standing yet mired in bureaucratic limbo. The Richmond, Virginia decision came after years of legal disputes: two residents filed lawsuits seeking to block the statue’s removal.

Bureaucratic and safety-affiliated procedures will still have to be addressed in removing the Richmond Robert E. Lee statue, but those plans can now be put underway. They include utilization of special safety equipment and the blocking of city streets in order to execute the task. In the case of Charlottesville, Virginia, in addition to the removal of their Robert E. Lee sculpture, the city also took down statues of Meriwether Lewis, William Clark and Sacagawea; Confederate general Stonewall Jackson and George Rogers Clark, a Revolutionary War General.

In a statement regarding the removal of Richmond’s Robert E. Lee sculpture, Ralph Northam, the Governor of Virginia, said the following: “Today’s ruling is a tremendous win for the people of Virginia. Our public memorials are symbols of who we are and what we value. When we honor leaders who fought to preserve a system that enslaved human beings, we are honoring a lost cause that has burdened Virginia for too many years.”

Last summer, artist Kehinde Wiley weighed in on what he thinks should happen to Confederate statuary. “We need a hall of horrors,” Wiley told the New York Times. “You don’t have to melt it all down but create a space where we see our terrible past. It’s less about should it be in existence but should it be deified. Take it off the stage and put it back where it belongs.” 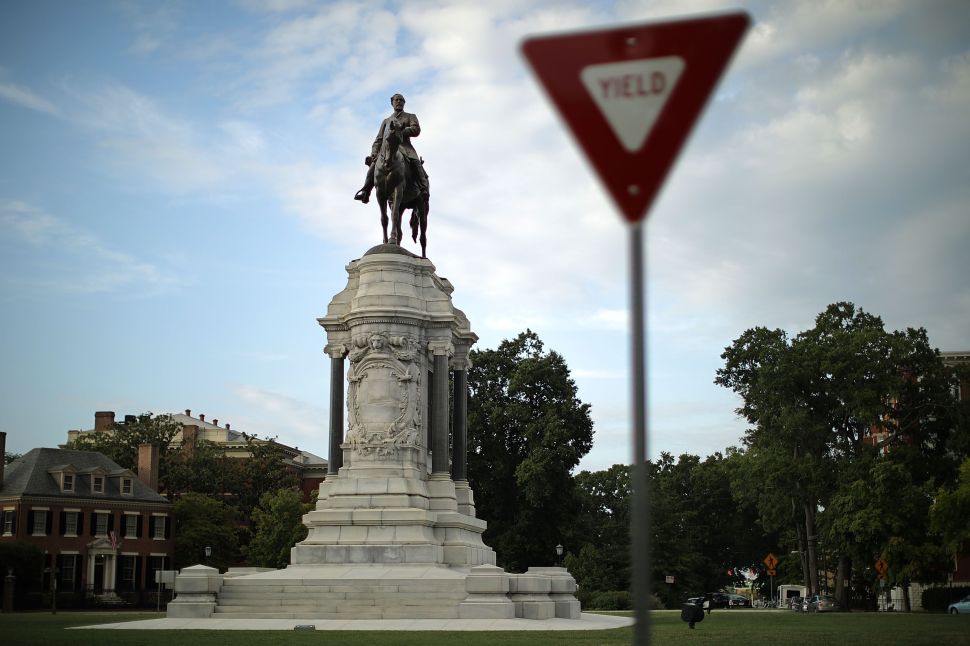