French pharma giant Sanofi is giving up on developing its messenger RNA-based COVID-19 vaccine after nearly a year of clinical research because there’s no point in pursuing the effort given the prevalence of similar shots made by Moderna and Pfizer-BioNTech, the company said Tuesday.

Instead, Sanofi will focus on developing a COVID-19 vaccine based on the more conventional protein-based approach in partnership with British drugmaker GlaxoSmithKline and apply its mRNA technology to a new flu shot.

The decision to terminate the mRNA COVID-19 vaccine project was announced the same day Sanofi reported positive results from the vaccine candidate’s Phase 1/2 trial. Initial data from the study shows that neutralizing antibody increases four-fold in 91 percent to 100 percent of participants two weeks after a second injection, across all 3 dosages tested.

However, Sanofi’s management decided that it doesn’t make sense to launch a Phase 3 trial of the mRNA shot given the reality that COVID-19 won’t likely require annual vaccination.

“The results are extremely important as they show us that the platform we acquired works,” Thomas Triomphe, head of Sanofi’s vaccines division, Sanofi Pasteur, told reporters during a press briefing Tuesday. “But would it, responsibly, be the best use of this wealth of science afforded by mRNA vaccines to make a COVID-19 vaccine and try and bring another mRNA COVID-19 vaccine to people who already today may not want an mRNA COVID-19 vaccine? Clearly not.”

To date, Moderna and Pfizer combined have delivered more than two billion doses of mRNA-based vaccines worldwide. Were Sanofi to move forward with a Phase 3 mRNA study, the vaccine would reach the market sometime in May or June 2022. By then, about 24 billion doses of COVID-19 vaccines made by different companies would have been delivered, Triomphe estimates, enough to inoculate the world population three times over.

Sanofi was one of the first drugmakers to launch a COVID-19 vaccine project early in the pandemic. But its progress lagged behind rivals such as Pfizer, Moderna and Johnson & Johnson, highlighting the difficulty of developing a vaccine in record time.

Sanofi began developing a protein-based COVID-19 vaccine with GSK in April 2020 and started testing the mRNA candidate in December 2020. The mRNA technology was acquired from the U.S. company Translate Bio.

Sanofi said it had launched a Phase 1 study of an mRNA-based flu shot in June and plans to launch more trials in 2022.

Results from its Phase 1/2 study “will clearly help inform the path forward for our mRNA development programs,” Jean-Francois Toussaint, head of R&D of Sanofi Pasteur, said in a statement Tuesday. “Today, we have a promising mRNA platform, which we’re taking to the next level in development, including moving to modified mRNA, and against other diseases, including flu.” 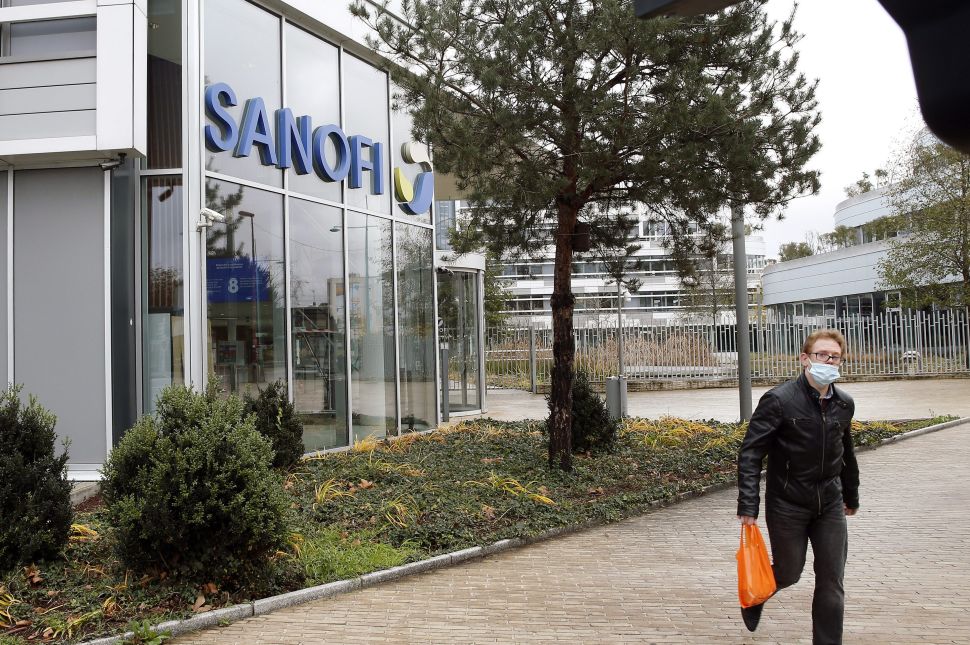