Sophie Turner and Joe Jonas are making adjustments to their living situation. The couple has offloaded their first marital home, as they sold their sprawling Encino mansion for $15.2 million.

Turner and Jonas purchased the 15,000-square-foot home, which is located in the Royal Oaks section of Encino, for $14.1 million in November 2019, a few months after tying the knot. The former Game of Thrones actress gave birth to their first child, daughter Willa, the following summer, and almost exactly a year later, the couple listed this estate for a hefty $16.75 million.

While they didn’t net the entire haul they were initially hoping for, the transaction still set a record for the most expensive sale in the San Fernando Valley this year, per the Los Angeles Times.

The contemporary Jae Omar-designed home features aged natural woods, imported stones, European cabinetry and walls of glass throughout, per the listing held by Compass broker Carl Gambino. The couple completed major renovations to the 10-bedroom abode during their ownership, including converting the two-bedroom guest house into an entertainment area, complete with an aquarium, cigar humidor, fog machine, disco lights and DJ station, perhaps for an impromptu JoBro concert.

They also upgraded the home theater with a new projector and speakers, and added a putting green and outdoor projector in the backyard. Finally, they installed an extensive security system.

The living room features a marble-framed fireplace surrounded by a plethora of built-in storage for logs. The open kitchen is outfitted with a long island, countertop seating and a breakfast nook. There’s also a dining room, with a custom glass-enclosed wine storage space.

The owner’s suite has a custom vaulted ceiling and a sitting area with a fireplace, as well as two closets, a private balcony and an oversized marble bathroom. Outside, there’s a lap pool and spa, numerous patios and a stone fire pit.

The couple has been in the midst of a few home changes as of late, as they recently doled out $11 million for a waterfront mansion in Miami. While it doesn’t look like they’ve scooped up another Los Angeles home just yet, Turner and Jonas do continue to own a Nolita loft, which they have been trying to sell since July 2020, though they took it off the market in May this year at its most recent $5.4 million asking price.

Even though Turner and Jonas are leaving their Royal Oaks home behind, there’s still another JoBro residing in the enclave, as Nick Jonas and Priyanka Chopra appear to be hanging onto their own Encino home, for which they paid a hefty $20 million in 2019. 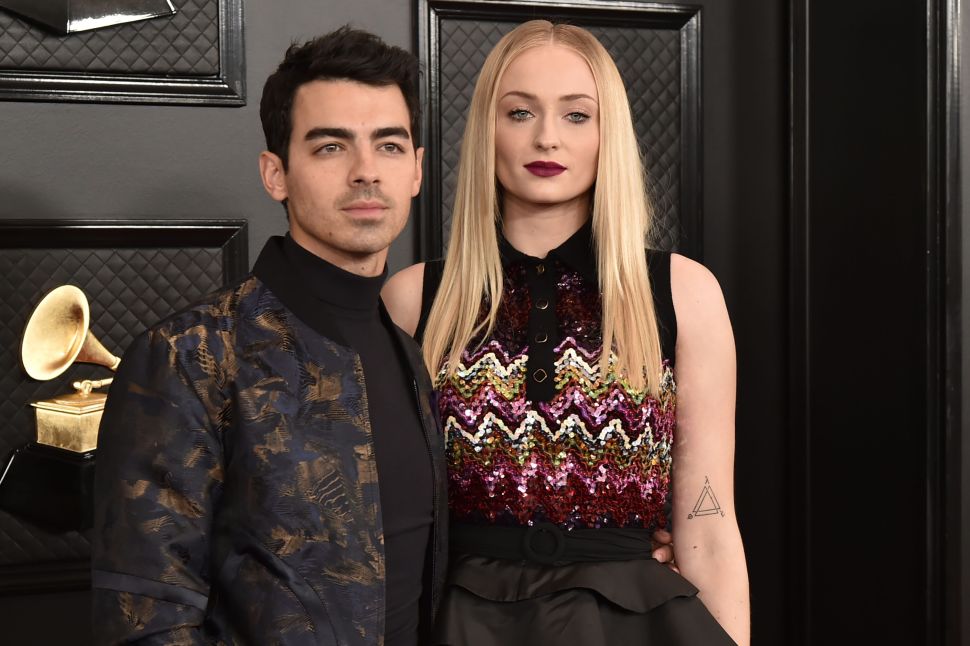