In November, Sotheby’s will be offering a copy of the Constitution of the United States that was produced during the original production of the document at auction. Due to the document’s extreme rarity, it’s expected that the Constitution copy will sell for between $15 million and $20 million; this also happens to be the only Constitution document that’s belonged to a private collector in recent memory. The collector offering the copy of the document is Dorothy Tapper Goldman, and her collection also includes official printings of the Stamp Act, an early printing of the Articles of Confederation and a rare copy of the first edition of The Federalist.

Goldman has had the copy of the Constitution in her possession since 1997. Before he passed away, her husband, Harry Goldman, purchased the document at a Sotheby’s auction in 1988 for $165,000.

“The Goldman Constitution ranks as one of the most rare and coveted historical documents that has ever come to auction,” Selby Kiffer, Sotheby’s International Senior Specialist in the Books & Manuscripts Department, said in a statement. “On a personal note, I handled the sale of this very document in 1988; I have kept my eye on it ever since, and it is very exciting to see it return to the rooms more than three decades later. To present a document of this significance in an auction during Sotheby’s Evening sales this November spotlights how critical the Constitution remains as a foundational source for our understanding of democracy and the American spirit, which will always have universal appeal that transcends categories.”

Documents and books have sold particularly well at auction during the pandemic. Rare books by Darwin, Ludwig Wittgenstein and Isaac Newton have fetched particularly robust prices as collectors have retreated into their libraries to survive trying times. 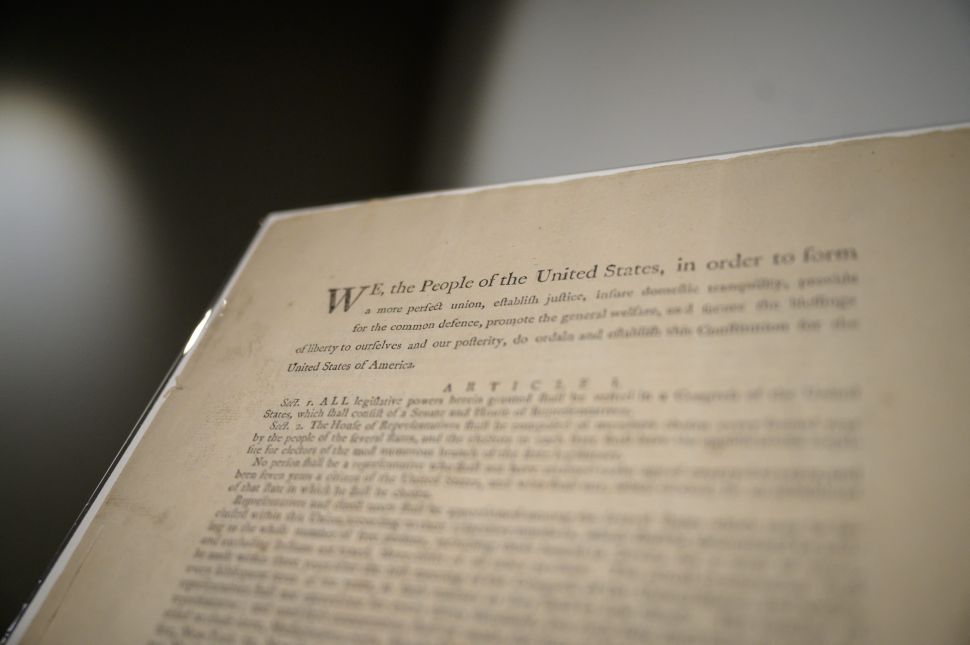