On Wednesday (September 15), a SpaceX Falcon 9 rocket will send four amateur astronauts in a Crew Dragon capsule into Earth’s orbit for a three-day space journey in the first all-civilian orbital spaceflight in history.

The mission, called Inspiration4, will blast off from the Launch Complex 39A in NASA’s Kennedy Space Center. SpaceX has leased the launch pad from NASA since 2014 for launching Falcon 9 and Falcon Heavy boosters.

A 24-hour launch window opens on Wednesday at 8 p.m. EDT. Spectators wishing to see the launch in person will need to purchase tickets online in advance. Others can watch the event on NASA TV.

The flight is paid for by fintech billionaire Jared Issacman, founder of Shift4 Payments. He purchased all four seats as part of an effort to raise funds for St. Jude Children’s Research Hospital. He will be joined by Haley Arceneaux, a physician assistant at St. Jude Children’s Research Hospital, Chris Sembroski, a U.S. Air Force veteran, and Sian Proctor, a professor of planetary science at the South Mountain Community College in Arizona.

Issacman is an experienced pilot who has flown in numerous airshows with the Black Diamond Jet Team.

Inspiration4 isn’t the first mission to launch amateur astronauts into space, but it’s the first spaceflight consisting entirely of civilians. In the past, paying customers accompanied by professional astronauts have flown to the International Space Station aboard Russia’s Soyuz spacecraft.

That makes Inspiration4 the third “billionaire spaceflight” in 2021, except that SpaceX CEO Elon Musk isn’t part of the crew.

The Crew Dragon spacecraft carrying the Inspiration4 crew regularly flies astronauts to the ISS and brings them back home. It recently completed a six-month mission docked at the ISS and returned to Earth in April.

Unlike Blue Origin’s and Virgin Galactic’s summer missions, Inspiration4 isn’t just about joy rides above Earth’s atmosphere. The crew will participate in a range of experiments “designed to expand our knowledge of the universe,” says the mission’s website.

SpaceX is collaborating with researchers from Weill Cornell Medicine and the Translational Research Institute for Space Health (TRISH) at Baylor College of Medicine to “collect environmental and biomedical data and biological samples from Inspiration4’s four crew members before, during, and after this historic spaceflight,” according to a press release on August 30.

Scientists will use the collected data to study how the astronauts’ genome, blood, organs and behavior are affected by space travel. 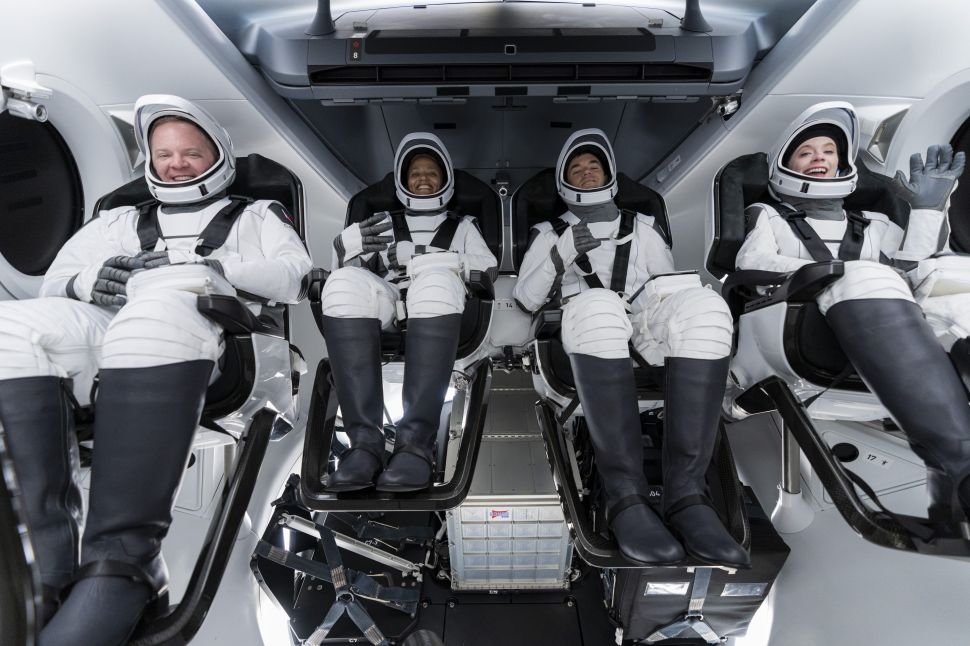