After spending nearly three days in space, the all-civilian crew on SpaceX’s Inspiration4 mission successfully splashed down in the Atlantic Ocean on Saturday evening. The mission’s completion marked a milestone in the history of human spaceflight. However, there were a few minor aspects that the crew hoped could have been better.

In a post-flight press conference on Saturday, SpaceX’s head of human spaceflight programs Benji Reed said his team worked on the spacecraft’s “waste management system,” a.k.a the toilet, during the fight. “But that was worked [out] fine and, you know, the crew was happy and healthy,” he told reporters.

SpaceX CEO Elon Musk tweeted Monday that he’d met with the crew in Florida. And after listening to their feedback, he promised that SpaceX’s next civilian spaceflight will have “upgraded toilets” because “we had some challenges with it this flight.”

In a separate tweet, Musk said the next flight will also have a small oven and high-speed WiFi provided by Starlink.

Definitely upgraded toilets 🙂 We had some challenges with it this flight.

Reed said the issue involved the space toilet‘s suction fan, which is responsible for removing waste.

The toilet on Inspiration4 is definitely in an unusual place. One of the crew members, Jared Isaacman (who paid for the flight), told Business Insider in July that the space toilet was located on the ceiling of the Crew Dragon spacecraft, which featured a glass dome designed specifically for this mission.

“When people do inevitably have to use the bathroom, they’re going to have one hell of a view,” Issacman said. “[But] It’s not a ton of privacy. But you do have this kind of privacy curtain that cuts across the top of the spacecraft, so you can kind of separate yourself from everyone else.” 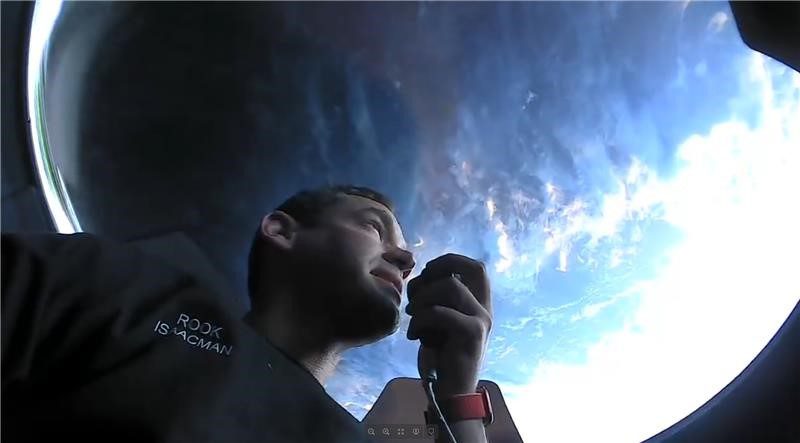