Nearly two years after launching Apple TV+ in November of 2019, Apple has remained notoriously secretive about its fledgling streaming service. While Netflix boasts about its market leading 209 million global subscribers and Disney+ reminds the industry that it’s the fastest growing streamer with 116 million subscribers, Apple has never released an official accounting of how many viewers its streaming service has signed actually up.

According to Variety, Apple has said it has less than 20 million TV+ subscribers in the U.S. and Canada (which conveniently allows it to pay discounted rates to members of the International Alliance of Theatrical Stage Employees union). The Information reports that Apple TV+ has 40 million global accounts and 20 million paying customers. Estimates from industry analyst Entertainment Strategy Guy suggest Apple TV+ has accrued just 8.1 million paying customers in the U.S. (which is certainly less than 20 million). Regardless of which datapoint you choose, the immediate reaction is the same: Apple TV+ is severely lacking after nearly two years.

Yet different streaming services have different ambitions and raw subscriber counts are not the only metric of success and failure in the streaming wars. So before we go slapping labels on Apple TV+ all willy nilly (people still say that, right?), let’s first explore Apple’s greater goals, strategies and future outlook.

What Is Apple’s Strategy?

Apple’s current market cap stands at of $2.37 trillion, which sounds like a made-up number to anyone who brown paper bags it for lunch. From a raw economic standpoint, no one can outspend Apple, though studio heads Jamie Erlicht and Zack Van Amburg have not thrown money around carelessly. Thus far, Apple TV+’s annual content budget has hovered around $6.5 billion. Paltry compared to Netflix ($17 billion) and lagging behind Amazon Prime Video ($9 billion), both of which outspent Apple in 2021. At this point, TV+ appears to be a loss-leader, an unprofitable division that hopefully drives product sales and diversifies revenue streams.

As of August, Apple TV+ has earned the smallest share of subscriptions among the premium streaming video on demand (SVOD) platforms in the U.S., per transactional data firm Antenna.

“They don’t want or need to be Netflix,” David Offenberg, Associate Professor of Entertainment Finance in LMU’s College of Business Administration, told Observer. “But at the same time, I’m not sure what they’re trying to accomplish strategically. Really smart companies can still make really bad moves.”

Apple has unrivaled cash on hand, which gives TV+ a much longer horizon to build. They can be unprofitable for years and play the long game whereas a legacy competitor, such as Paramount+, cannot afford such a circuitous route to success. In this instance, patience is a virtue and it’s reflected in Apple’s methodical approach to marketing and its careful curation of quality in original content development. Its library is built entirely on originals without any pre-existing catalogue programming.

“I like that they’re building it slowly,” Offenberg said. “They have all this cash that could be put to immediate use, but instead they are developing a strong set of viewership data to make decisions about where to invest in the future before they burn through all that cash.”

The tortoise strategy appears to be working on at least one front. According to data firm Parrot Analytics, Apple TV+ has seen audience demand for its originals series grow, globally, on par with platforms such as HBO Max and Disney+. Ted Lasso is a bonafide flagship series, The Morning Show has more or less hit the right notes with audiences creatively and culturally, and the NASA-driven For All Mankind has managed to etch out its own territory in the crowded small screen sci-fi space (lame pun very much intended).

“From this perspective, Apple TV+’s performance is nothing short of impressive,” Julia Alexander, Senior Strategy Analyst at Parrot Analytics, told Observer. “The aggregate average quality is fantastic for a new service. . . . Apple has also focused on producing a smaller quantity of series and films, but curating the selection to focus on quality.”

Apple wants to be the streaming industry’s version of HBO. Twenty years ago, HBO knew a sea of content wasn’t necessary to attract audiences, just a handful of high-quality shows. But that worked because cancelling HBO as part of a cable bundle was the aughts equivalent of scaling Mt. Everest. Apple can’t play that game; cancelling a streaming service is about as hard as going over a speed bump.

This is reflected in TV+’s churn rate, or the number of customers who cancel in a given period — hardly the area where you want to be a category leader. Yet Apple TV+ currently tops the premium SVOD field with a monthly churn rate of 16 percent, per Antenna. And the churn is unlikely to stop. Like most streamers, Apple offers a free trial period, but without any library programming (what Alexander calls “snackable TV”) the looky-loos drawn in by Ted Lasso‘s seven Emmy wins won’t have enough of reasons to stay when their free 30 days are up.

On top of that, TV+ remains minimally accessible to anyone outside the Apple ecosystem. There’s no Android phone app, and Android users make up about 70 percent of the global smartphone market. If Apple is really building TV+ as a way to grow service revenue (more on that soon) and attract new customers, it’s disregarding a massive swath of consumers.

Apple TV+ is part of a revenue segment that grossed $17.5 billion for the company in Q2 2021 and $50 billion over the past nine months alone. TV+ is one of six services available in the Apple One bundle (Apple Music, Apple TV+, Apple Arcade, iCloud+, Apple News+, Apple Fitness+). So we can say Apple TV+ is starting with an install base of 1.6 billion devices and 1 billion iPhones, and it’s expanding deeper into Roku, Amazon and other Smart TV devices which total in the hundreds of millions. The potential market penetration is there.

“In that light, 20 million seems disappointing,” Andrew Rosen, former Viacom digital media exec and founder of streaming newsletter PARQOR, told Observer. “But Apple is using Apple TV+ as one of multiple services to drive higher revenues. If 20 million TV+ subscribers help to push Apple past $20 billion in services revenues per fiscal quarter, are they doing anything ‘wrong’? That’s a very specific conclusion to reach without broader context.”

Alexander sees it much the same way, explaining that Apple is a trillion dollar product company that’s trying to become a trillion dollar service company. iPhone sales are trending in the wrong direction, and customers are opting for upgrades at a less frequent rate. So Apple’s growth is in its services division. The best way to ensure those services grow is through an ecosystem product like the multifaceted Apple One bundle.

TV+ vs. Amazon Fire TV is perhaps the most valuable comparison on the market in Rosen’s eyes. TV+ is software, Amazon TV sets are hardware. TV+ is for streaming Apple-approved content, Amazon TV sets are for better integrating Fire TV software with Alexa voice controls and also pricing power in the Smart TV marketplace. “The comparison tells us TV+ isn’t ‘TV,’” Rosen said. “Rather it’s a service with ‘TV’ branding that’s there to create marginal happiness for owners of 1.6 billion devices worldwide.”

Long story short: it’s all a revenue diversification play designed to create added value for Apple’s products and bundles. That’s a separate ambition from Netflix’s goal of selling only subscriptions for entertainment content or Peacock’s goal of helping to sell Comcast internet and TV deals.

Apple TV+ has won 12 Emmys since 2020 and signed first-look deals with prestige creators like Oprah Winfrey, former HBO guru Richard Plepler, boutique studio A24 and more. If Apple is weak on subscribers, it’s strong on image. And Hollywood is founded on the notion that image beats reality.

“They have data, cash, and prestige,” Offenberg said. “If they use those wisely and they’re patient, they can continue building the service to the point where subscribers are using it for more than one month at a time.”

Apple will need to broaden its offerings in order to capture a more significant share of the subscription customer pool. One way to do that, and reduce churn, is the acquisition or mass licensing of catalog entertainment. The issue, however, is that any company Apple might look to acquire has already contracted their shows out for years. Similarly, Amazon won’t be able to reroute every MGM series to Prime Video despite its acquisition due to pre-existing licensing contracts. So Apple will once again need to play the long game, which it can afford, without an immediate infusion of library content.

“For Apple TV+ to be a seriously viable product that consumers are willing to spend $5 a month on — or an app in a bundle that they actually want to open — the value proposition has to be much better than what it currently is,” Alexander said. “Apple TV+ has to create people’s favorite show, which the team has done with Ted Lasso, but also give them a reason to stick around every night day after day.” 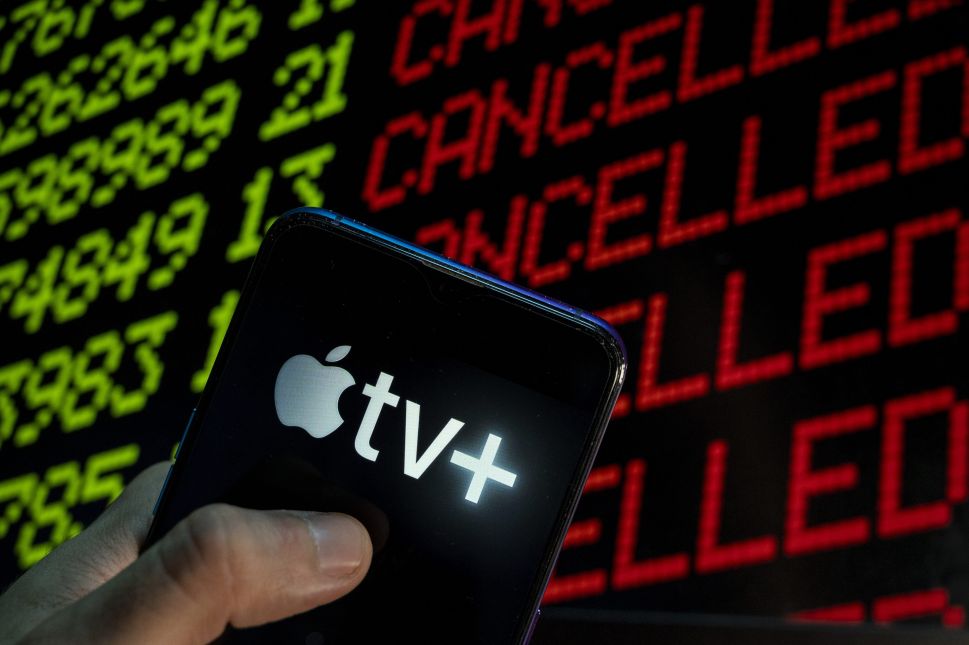