Let us take a stroll through time to the simpler days of 2019. Masks were for Halloween, we took human interaction for granted, and almost no one had heard of a telehealth and video conferencing platform called Zoom. Yes, 2019 feels uncomplicated in retrospect, particularly for the entertainment industry. Back then, theatrical movies still ruled Hollywood’s roost as the global box office set an industry record with $42.5 billion in ticket sales. Amid the record-breaking year, I picked apart Hollywood strategies with a story about how I’d run a new hypothetical film studio.

But these days, who wants to put on pants to go out? Both the pandemic and the launch of major new streaming services (hello, Disney+) have expedited Hollywood’s transition to couch-based entertainment. Every major entertainment company restructured in the pandemic to prioritize streaming and estimates project that streaming video on demand (SVOD) subscriptions could grow to 1.25 billion by 2024, or roughly 16% of the human population. With the entertainment industry’s hierarchy changing, so too must my hypotheticals. My old faux film studio needs to be reborn as a faux SVOD competitor.

So without further ado, here’s how I’d navigate the minefield of the modern streaming wars.

Before we jump into our content strategy, let’s think about which segment of consumers our new streamer will be targeting. Primary players such as Netflix, HBO, Amazon Prime Video and Disney+ are largely competing for first generation streaming viewers—meaning both younger cord cutters and older, higher-income viewers. The cutters receive most of the attention, but the olds are a valuable and sizable demographic.

“I’d focus my efforts on the folks who haven’t cut the cord, for whatever reason,” former entertainment executive, digital media professional and current industry analyst Entertainment Strategy Guy told Observer. “What are they watching? Why does broadcast still fit their needs? And how can I serve those?”

The streaming industry is more robust and diverse than ever. Domestic subscriptions are up 26% year-over-year, according to transactional data firm Antenna. The pie is growing. But with so many premium SVOD platforms—Netflix, Hulu, Disney+, HBO Max, Paramount+, Starz, Showtime, Discovery+, Peacock, and Apple TV+—a saturation point is inevitable. Targeting an undervalued customer base with growth potential, and reaching them in creative ways, will be a necessity.

“While it’s a little easier to raise awareness among existing subscribers (masthead banners, in-app trailers, etc), the bigger issue is connecting with new audiences and turning them into subscribers, a challenge all streamers will continue to face, and one that’s becoming more competitive,” Anjali Midha, co-founder and CEO of predictive content analytics platform Diesel Labs, told Observer. “As the broadest media channels (like traditional TV) continue to fragment, targeted campaigns become critical, as well as driving enough audience engagement on social and video channels to help augment awareness efforts.”

Much like when you’re day drinking, when launching a new product in a maturing field it’s always helpful to ask “What not to do?” For our new streaming service, we want to avoid existing market overlap so that we’re not just offering a carbon copy of what’s already available. That means we’re not going out of our way to produce expensive prestige TV and movies on the off-chance we can sneak into the Emmys and Oscars. Accolades and attention are nice, but no substitute for cold hard viewership for an embryonic streamer, but there’s a way to claw your way to the top organically without over-spending upfront.

“In my data, most Oscar-winning films do little to bring in new customers and deliver viewership,” Entertainment Strategy Guy said. “So I’d focus very little on trying to win awards, but let that happen as a by-product of making great shows that can drive lots of viewership.”

This also means bypassing high-upside genres that work for other streamers. Horror films are abundant across the entertainment landscape, with Amazon Prime Video, Netflix, and Shudder all investing heavily in that blood-soaked bailiwick. Animation is a major battleground of the streaming wars, but so saturated across the main combatants (plus CrunchyRoll) that it doesn’t make much sense for us to chase that rainbow. YouTube looms large as the king of kids content (particularly in AVOD), Disney remains the prestige kids brand, Universal commands the eyeballs of young and old with DreamWorks Animation and Illumination, and Netflix has spent more money than most millennials will earn in several lifetimes to become a go-to destination in animation. The harsh reality is that we’re too behind the ball to compete at this point (a struggle Peacock and Paramount+ are facing) and are better served directing our resources elsewhere.

Lastly, it’s become en vogue for streaming services to guard ratings and viewership data like it was the Chamber of Secrets. It’s true that this walled garden approach offers the advantage of keeping the media and the competition in the dark while enabling a streamer to control the narrative. But it also infuriates creative partners as well as interested audiences. We want to foster an environment of trust. So in the spirit of transparency, we’re offering a techno-utopian approach where we’ll share the viewer data we collect with creators. This should help attract talented writers, directors, producers, and stars while greasing the wheels for future overall deals.

So how do we go about building out our library? That’s the multi-billion dollar question.

We want to zig while other streaming services are zagging rather than run the same exact rat race. But there’s a way to do this while still attacking the high-upside genres—such as comedy, drama, action and adventure, and sci-fi—that have proven to be the streaming industry’s bread and butter. We already have a handful of unmade sci-fi and fantasy intellectual property that is ripe for adaptation.

“Frankly, I’d see what was working on broadcast TV for the last few decades and copy that much more seriously,” ESG said. “Meaning sitcoms and procedural dramas. Meaning cops, doctors and lawyers. If I were a major streamer, every quarter, I’d have a drama featuring a police officer solving a crime, lawyers putting a case together and/or a medical team solving emergencies. And I’d put them on twice a year, rotating to always have episodes.”

Not the most creatively ambitious small screen strategy — but if we learned anything from Quibi (RIP) or even Yahoo Screen (RIP x 2), it’s there’s a limited window to reach safe cruising altitude as a young SVOD service. Once we build a baseline subscriber foundation, we’ll have the freedom to unearth the next Sopranos or Breaking Bad. Until then, we’re going to focus on what works. And procedurals work.

According to Nielsen data provided to Observer, shows like NCIS, Criminal Minds and Grey’s Anatomy have all ranked among the top-10 most-watched programs across U.S. SVOD services for four straight weeks. These are Netflix’s most valuable library series following the departures of Friends and The Office. Entertainment Strategy Guy also points out that two of Prime Video’s longest running series are Bosch, a cop show and Goliath, a lawyer show.

Speaking of valuable library additions, we’d make aggressive attempts to partner with Sony, Hollywood’s premiere arms dealer, in a licensing deal. While Sony Pictures Television hits such as Seinfeld, Breaking Bad, Community, and Mad Men are all currently tied up in existing streaming deals, we’d put ourselves in pole position to be next in line the moment they expire. We also recognize the value of reality television, which is inexpensive and highly addictive to audiences. With Discovery joining forces with WarnerMedia, we’d try to turn to A&E, which is half-owned by Disney, for some juicy true crime documentaries which have proven to be highly effective for HBO, Netflix, etc.

Tying it all together, we’d look for fresh talent with potential to keep initial costs down and form productive relationships with the next generation of storytellers.

“Also, I’d aggressively hire new showrunners,” ESG said. “That feels like the market inefficiency. Everyone focuses on writers who have already run a show, because it’s safer. But since they’ve worked before, their rates tend to be higher.”

“Building a streaming platform requires a very different approach to catalog curation than most traditional media companies are used to,” Midha said. “It’s no longer about needing a new drama to fill a slot on 9 PM on Tuesday—the challenge has shifted to architecting a catalog that continually builds audience subscribership and mitigates churn.”

Netflix and Disney+, the two dominant streamers at the moment, approach this issue from opposing starting points. Netflix floods the market with original content (with about $1 billion worth of content in active development alone), while Disney is more selective, opting to lean on its famed vault of content — stocked for a near century — with the mega-franchises it’s acquired from Marvel, Pixar and Lucasflim providing new titles. It’s clear that no matter where you are on the catalog composition spectrum, having a healthy mixture is critical to success. But we need to generate buzz in order to entice prospective audiences, which means raising awareness among viewers.

Netflix’s endless sea of content is great for reducing churn, but Disney’s content succeeds more in generating conversation and engagement. A black diamond mountain of television doesn’t do much good if everyone consistently opts for the bunny slopes instead.

As part of this effort, we’re not going to lock in a reductive uniform release strategy. There’s no binge versus weekly debate. We’ll tackle shows on a case-by-case basis, similar to how HBO Max, Amazon Prime Video, and Hulu all experiment with rotating release strategies. For example, HBO dropped the final five unaired episodes of finance drama Industry on HBO Max on Nov. 27 even as they continued to air weekly on the premium cable channel. Streaming offers the freedom to get creative.

Okay. So we’ve laid out a techno-utopian approach to data sharing, the better to attract the young showrunners who’ll keep our costs down as we amass a rotating slate of new procedurals, existing true-crime docs, reality TV and eventually Sony Pictures Television properties. Is this a guaranteed strategy for success? Far from it, otherwise every we — and every single studio executive — would be sipping grande lattes atop golden jet-skis. But by examining the common mistakes to avoid, honing in on proven genres, carefully constructing talent relations, and staying open to creative innovation, we believe we can launch a hot new streaming service. Just don’t expect a “+” at the end of our name. 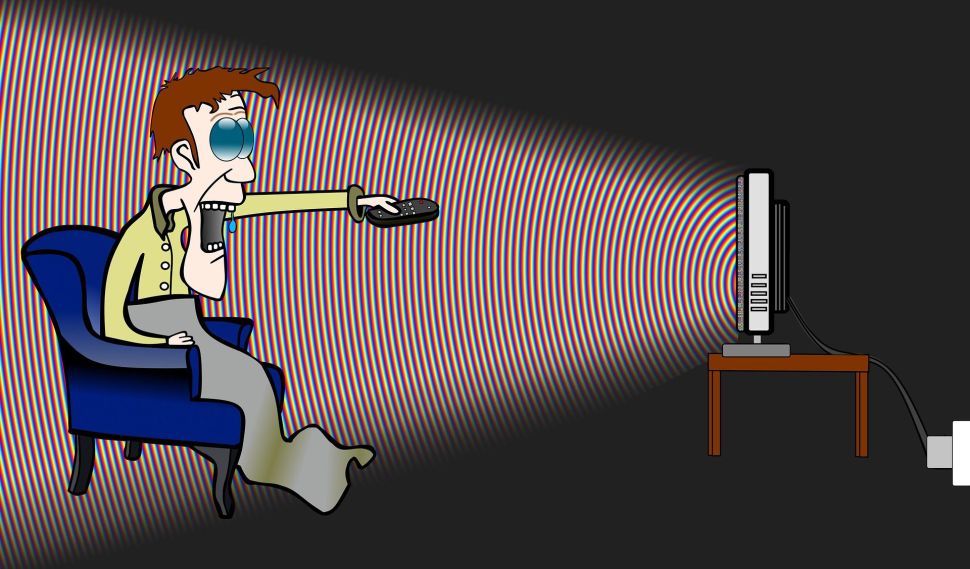