Ted Lasso is a narrative wavelength complete with crests and troughs that serve the story. After the heart-wrenching emotional reveals of last week’s episode, “Man City,” the ninth episode of Season 2, “Beard After Dark,” written by Brett Goldstein & Joe Kelly, opts for a unique change of pace.

Normally, Ted Lasso is an ensemble sitcom that follows a wide range of characters. Each episode provides further updates and developments for the journeys of Ted, Rebecca, Roy and Keely, Jamie, Nate and others. But this week, the show hones in on Ted’s right hand renaissance man Coach Beard (Brendan Hunt) in a singularly focused installment. The experimental pseudo bottle episode slots into the expanded tapestry of Ted Lasso after Apple upped the show’s episode order from 10 in Season 1 to 12 in Season 2. With greater freedom comes new storytelling flourishes.

After the crushing defeat to Man City and the highly-charged locker room incident between Jamie and his father, Coach Beard needs to blow off some steam. Alone. What we discover on this simultaneously cathartic and self-destructive journey is that the embarrassing loss is not the only weight pressing down on Beard. He and his girlfriend Jane have broken up after he told her he loved her and she was unable to say it back.

“Beard After Dark” begins by leading the viewer to assume that its thematic focus is on how we respond to failure. But what it quickly becomes is a revealing look into one man’s psyche and his attempt to grasp a lifeline amid a swarming internal storm.

Beard, a man of few words, struggles against his inner demons which manifest themselves in the form of fútbol commentators detailing his many perceived short-comings. What we come to realize is that despite his eclectic skills (“That man has had many lives, many masters,” Ted says of him in Season 2’s “Rainbow”), Beard is prone to acute self-loathing. Yet even at his lowest point of despair, he still manages to help others in typical Ted Lasso fashion. Humoring, defending, and uplifting the lovable bar cretins that glom onto his story in what becomes a night they’ll never forget shines a light upon his true colors. Beard boasts an altruistic spirit, even as he grapples with his own elusive happiness and questionable companionship.

That Beard and Jane do end up with one another by episode’s end raises all sorts of questions and alarm bells that Higgins tried to warn his friend about earlier this season. If Beard can only define his own current happiness through his relationship with others, then he’ll need more than just a new pair of pants. But the episode also leaves you with the strange and ineffable possibility that he and Jane, in their own broken and distorted way, may indeed be perfect for one another.

Ted Lasso has previously flirted with darkness lurking underneath the surface of its happy-go-lucky optimism. “Beard After Dark” takes a side-door entrance to something equally unsettling yet still compelling and thematically important despite its circuitous route. Whether it’s the episode’s play on the familiar wild-and-crazy night trope, Beard’s inverse of President Bartlet’s admonishment of God in The West Wing‘s famous Season 2 episode “Two Cathedrals,” or the sly Fight Club references, it manages to be both unexpected and fitting all at once. Bizarre and funny, yet wan and tinted with sadness.

Mileage may vary on “Beard After Dark,” but it’s an ambitious curveball for a show that could happily ride its pitch perfect feel-good formula for the rest of its days. Yet Ted Lasso is apparently and refreshingly uninterested in simply staying the course. 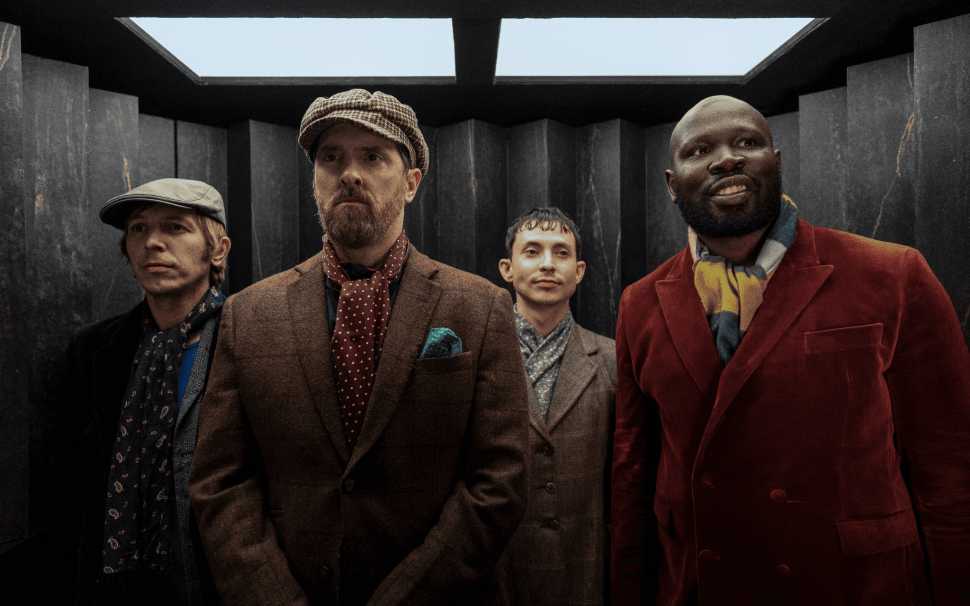