Praise be, Jesus. That’s one of the watchcrys of the world of rich, successful and often dishonest televangelists like Jim and Tammy Faye Bakker, whose exploits are now captured, warts and all, in The Eyes of Tammy Faye. Like Respect, the recent biopic about Aretha Franklin, it’s another elaborate, truncated, always colorful (yet not entirely convincing) attempt to legitimize controversial public figures by making them sympathetic. And like Jennifer Hudson, whose dynamic performance camouflaged the flaws in Respect, two powerhouse stars turn Tammy Faye into a triumph. With outrageous costumes, grotesque hairdos, a Betty Boop voice and trademark eyelashes like hungry caterpillars, Jessica Chastain delivers an Oscar-worthy performance in the title role, and Andrew Garfield is nothing less than sensational as her soft-spoken, indifferent, and cloyingly ambitious preacher husband Jim. You can’t take your eyes off them when they’re on screen, which, fortunately for the film, is all the time.

Unfortunately, the film leaps around in time frames like a bouncing ball, resulting in confusion as it unmasks the show business of saving souls to reveal the hypocrisy of get rich moral and political monkey business beneath and behind the pulpit. You start in Palm Springs in 1994, with a terminally-ill Tammy at the end of her career and dying of cancer, then switch back to her college days in Minnesota where Jim Bakker, a rabid Christian, was an early influence — much to the dismay of Tammy’s strict mother Rachel (Cherry Jones in another of her great performances; she’s one of the few consummate actors who can be subtle and titanic at the same time). Early signs of larceny surface when they team up to preach the gospel on a tour of the South and Jim becomes less concerned with the Bible and more obsessed with the material possessions it could bring. Cut to their earliest television appearances on the Christian Broadcasting Network where Jim’s good looks and smooth sermons earned him sudden popularity as “a kind of Johnny Carson for Christians.” While competitive religious evangelicals vied for viewers—Jerry Falwell screaming challenges about homosexuality, the women’s movement and other “sins” and Pat Robertson showing off his country estate replete with swimming pools and solid gold toilets—Jim and Tammy Faye raised millions of donations to build one of the largest religious networks on the planet. She made hit records while he diverted ministry funds into his own personal coffers. The disgraced minister was eventually convicted of stealing $92 million from his worshippers and sent to prison for fraud, while Tammy went on to salvation as a talk-show star immersed in liberal causes like LGBT rights and the fight against AIDS.

As vulgar and absurd as she was, the movie tries to humanize Tammy Faye as an innocent, but when she addresses her viewers with a line like “Double your pledge and give the Devil a black eye” it’s difficult to grant her a free one-way ticket to salvation. The movie is full of gaps. Tammy turns to drugs to kill her pain, but the movie barely mentions her plunge into self-delusional misery. By the same token, Jim’s homosexuality is cautiously avoided, and it’s not certain who the father (or fathers) of the couple’s two sons really are.  He’s cruel and mocking one minute, blubbering like a baby and praising the Lord the next without ever intimately showing how he really feels about his secret sexual desires. The movie ends when he goes to jail and she pounds the pavement looking for another job in television, meeting rejection on the other side of every Hollywood door knob, but fails to show her new career as a TV talk show star. Nor does it show her second, happier marriage to her financial advisor Roe Messner (attractively played by Sam Jaeger.) Too many unanswered questions, to be sure, as evidenced by director Michael Showalter and screenwriter Abe Sylvia’s aborted attempts to condense decades of events into two hours of playing time. The result lacks focus and feels pruned away in the editing room

Still, in spite of its flaws, I liked The Eyes of Tammy Faye a lot—mainly because of its dedication to period accuracy in every visual detail, and Jessica Chastain’s baptism by fire in the complex leading role. Cemented in makeup that took 4 to 7 hours a day and fully determined to make Tammy fragile and three-dimensional, her intensity and conviction almost make you believe she was what her followers described as “divinely inspired.” 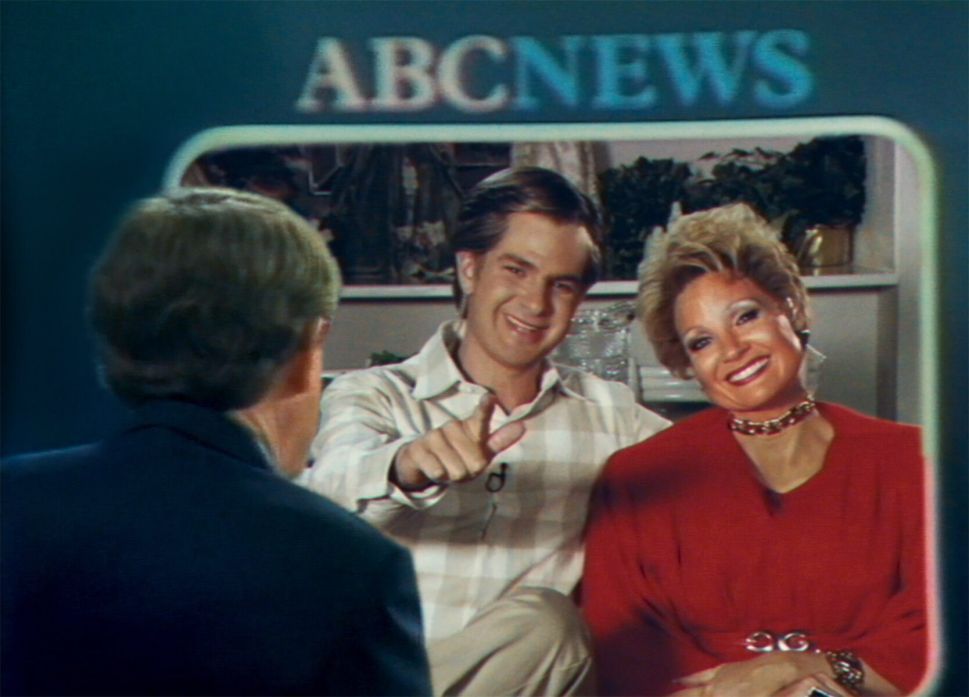 Filed Under: Entertainment, Jessica Chastain, The Eyes of Tammy Faye