Audiences may bemoan Hollywood’s lack of originality as the film and television industry continues to look inward and backwards in order to recycle their own libraries rather than create something that is both new and enduring. But the truth is that audiences vote with their wallets and pre-existing properties and concepts that viewers are already hooked on continue to win the campaigns for our hard-earned dollars. But that doesn’t inherently erase any potential for quality these revamps may be aiming for. Exhibit A: Warner Bros.’s first official trailer for The Matrix Resurrections.

The new teaser for Lana Wachowski’s legacy sequel is a visual buffet of slick aesthetics, eye popping imagery, and action-packed fluidity. But can it thread the needle between satisfying fans of the original trilogy, which concluded in 2003, while also appealing to a new generation of smart-phone raised audiences? As Hollywood becomes more reliant on legacy sequels, there’s a question of how best to proceed with long-in-the-making continuations.

Much like the 1999 original, we first meet our hero Thomas Anderson (Keanu Reeves) as he questions the nature of his reality (complete with a Deja Vu black cat). This new version is telling his therapist (Neil Patrick Harris) that he’s been having visions that he doesn’t believe are just normal dreams. A meet-cute with Trinity (Carrie-Anne Moss) feels like a reunion, though neither can place the oddly familiar feeling that runs between them. Someone who may or may not be a young Morpheus (Yahya Abdul-Mateen II) promises to open Neo’s eyes to the truth and a blue-haired badass (Jessica Henwick) shows off some nifty martial arts. Jefferson Airplane’s “White Rabbit” is an on the nose musical choice, but that doesn’t mean it doesn’t work. The trailer is cut to the song’s beats and rhythms in such an effective manner that the flood of imagery and splash of action becomes a balletic dance.

We look back on the original Matrix as a sci-fi action blockbuster made for philosophy students. It was deliberately opaque, hyper-stylized, and unlike what Western movie audiences were used to at the time. Conversely, after spawning an era of imitators, The Matrix Resurrections is overtly selling itself on a return to a successful and familiar universe. The question is: will this long-awaited return hew closer to Star Wars: The Force Awakens, Halloween (2018), or Jurassic World?

Thomas Anderson gradually learning that he’s Neo is, on the surface, a retread of the original’s exact plot. The new version keeps Reeves and Moss as the central protagonists, linking back to the first trilogy, while also introducing a younger generation of new characters. Multiple shots within the trailer that fling us back to the original film suggest a meta narrative that will be self-referential. The film success will come down to how well the plot and themes can be modernized for a contemporary smart phone society. For what it’s worth, Moss believes The Matrix is more relevant than ever.

Contemporary legacy sequels such as Creed and Disney’s Star Wars sequel trilogy have largely shifted the focus to new protagonists while the upcoming Top Gun Maverick appears to be very Tom Cruise-centric. The fourth Matrix movie is leaning toward the latter and it’s no surprise given Reeves’ pop culture renaissance over the last decade. But is that the optimal route for legacy sequels today? It all depends on if Warner Bros. executives view The Matrix Resurrections as a highly-anticipated conclusion or the relaunch of a new franchise iteration. 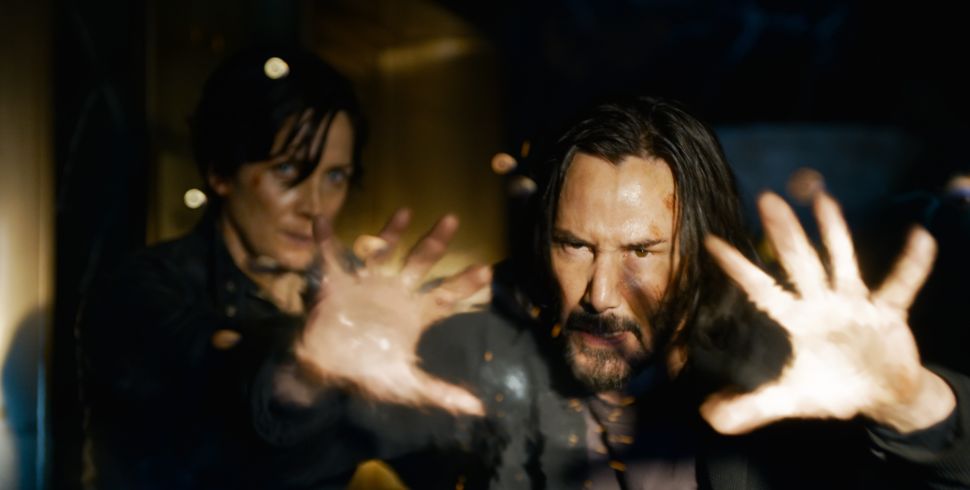