Lakewood unfolds almost entirely during a high school mass shooting, but its story is set several miles away, out on a lonely forest trail. The film follows the mother of one of the students as she tries desperately to contact her son, and for the most part, she’s the only character who appears. The premise is a challenge, both in terms of creating a hyper-focused narrative on the outskirts of a larger tragedy, and crafting a performance tasked with telling the entire story and its rollercoaster of emotions. However, when the actress on screen for the entire runtime is Naomi Watts, even the most difficult material feels like a breeze.

Watts plays Amy Carr, a widowed mother of two still reeling from the loss of her husband to a car accident not long ago. Her whole family has responded differently; her daughter Emily (Sierra Maltby) is too young to be worn down by grief, but her teenage son Noah (Colton Gobbo) is at the age where everything wears him down twice as hard, and he responds by withdrawing. Amy, though she feels lost at sea, has no choice but to put on a brave face for her children, even if it means faking a smile and suggesting family movie nights, only for Noah to push her away.

The Carrs are a family already steeped in tragedy, and Amy’s only escape is her morning jog, which director Phillip Noyce and cinematographer John Brawley paint in golden morning hues. Between gorgeous shots of nature, Fil Eisler’s uplifting score and the self-help podcast playing through Amy’s headphones, the film initially borders on some kind of surreal inspiration porn, where the protagonist approaches climactic catharsis even before the story has gotten going. This, however, is by design. Before long, Amy’s serene respite is interrupted by phone calls from work, friends who FaceTime her without a heads up, and the general noise of the virtual world, via the very same device she had hoped would help clear her mind. As much as Lakewood is about an all-too-common kind of American massacre, the film is also a unique product of the digital age, and an effective look at the way our relationship to tragedy has evolved.

When the shooting begins, Amy is stranded five miles away from the road — a distance that feels like an eternity when she finds out Noah might be in danger. What follows are her simultaneous attempts to get to his school as fast as possible, and to find out as much information as she can, through news broadcasts, social media posts, and phone calls to friends and other locals who might be able to help her. All the while, as she scrolls, switches tabs, and swaps between rideshare apps and 3D maps to help guide her to civilization, she also runs as fast as she can. It’s the ultimate combination of multitasking at the least opportune time, and the nature of each message and phone call switches from salvation to interruption, depending on what task she’s focused on, or what info she’s able to find.

The physical chaos may be miles away, but the film captures the emotional chaos with aplomb, thanks in large part to Watts’ frantic performance. It’s physically full-throttle while being emotionally nuanced — a remarkable juggling act. Each stride feels anguished, as if she’s running on fumes. Her eyes dart around her screen, as her voice and hands shiver, and as the film goes on, her increasing desperation begins to reveal parts of Amy’s existing grief which were previously hidden. She is, at once, trying fruitlessly to get to where the action is, and trying desperately to bring the action to her, through her tiny window to the world — which also begins to cast doubt on how exactly her son is involved.

The camera rarely strays from Watts, and Watts captures a layered descent through fear, hopelessness, and ultimately, heroism, all within a mere 84 minutes. The film does, however, falter by forcing big-picture questions into some of its dialogue, as a way to inject social commentary into its ongoing, focused story. This is despite the fact that the narrative, and Watts’ desperation as a mother trying to hold on to her family, already speak loudly enough for themselves and about the devastation wrought by such tragedies. The emotions on display are a much more effective and hard-hitting message than any awkwardly-inserted, barely-disguised PSAs could ever be. This is especially true for ones that don’t particularly commit to any actual solutions or points of view, beyond broad platitudes that, ironically, resemble Amy’s self-help tapes.

However, despite this noncommittal political bent, the film is a novel look at familiar devastation, and it remains emotionally riveting even when it veers into digital-scavenger-hunt territory. Naomi Watts anchors every beat and every frame with a tangible despair, delivering a full-throated, full-bodied performance which the film rightly zeroes in on as its most volatile, unpredictable facet. When the film builds in intensity — through its music, its rapid editing, its sweeping shots of Amy running (and sometimes limping) through the woods — Watts’ emotional journey and her physicality are the catalysts for each decision, as if the entire production were emanating from her performance. The filmmaking works in and of itself, but that Lakewood feels so emotionally in tune with its lead actress is a feat all on its own. 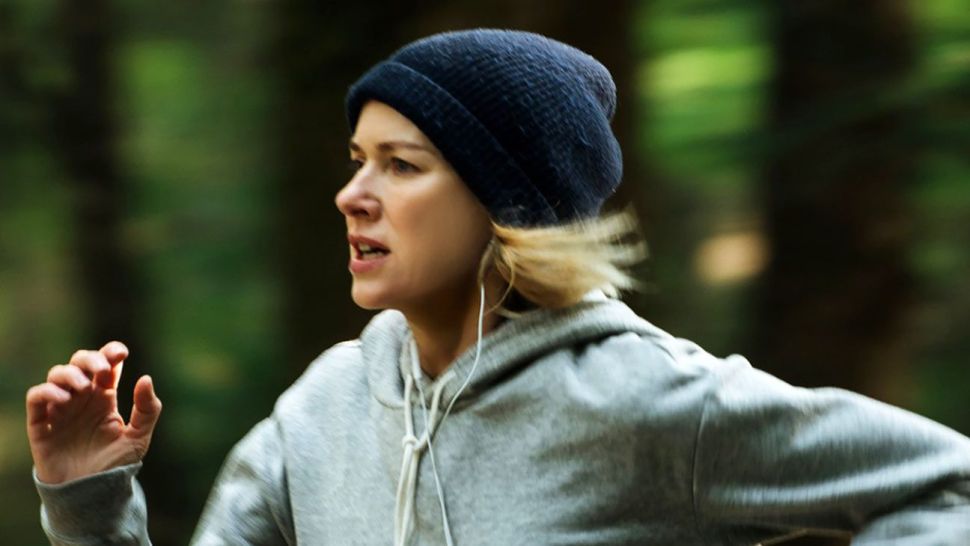