The U.S. airline industry is divided. On one side there is United Airlines, Hawaiian and Frontier, who are requiring employees to get vaccinated against COVID-19, while Delta, American, Southwest and JetBlue are not.

Last month, United Airlines announced that all of its 67,000 employees must be vaccinated, while many competitors are only incentivizing them to do so. The results have paid off, as the Chicago based air carrier reportedly says that more than half of their previously unvaccinated employees got their shots.

Now, United is taking it a step further. The airline is putting workers who were granted religious exceptions on unpaid leave and those who were denied religious exemptions must get vaccinated within five weeks or risk termination.

Representatives for United did not disclose the exact percentage of its workforce who got their shots after this announcement, and declined to provide those figures to Observer.

According to a Harris Poll in May before the height of the Delta variant, only 31% of respondents were confident in the airline industry’s ability to reopen safely. That sentiment has undoubtedly skyrocketed in recent months amid concerns about the delta variant and breakthrough cases (although it is very unlikely that a breakthrough case would result in severe or even symptomatic illness). According to a survey from the travel website Upgraded Points, 82% of the flying public supports the idea of a vaccine mandate for travel.

When it comes to staffers specifically, many consumers say they’re only comfortable flying on airlines that require vaccinations for employees, even though it greatly limits their options. Such is the case for writer and model Shivani Persad. “I don’t want to be stuck in a tube if the staff working on the plane are not vaccinated,” Persad tells Observer.

Persad says she was shocked to hear her flight attendants recently questioning the vaccine’s safety on a late night American Airlines flight between Chicago and Toronto. She is therefore opting to fly United or an international carrier on several upcoming trips. “As a passenger you don’t know where the flight crew has been recently. If they’re coming from somewhere with low vaccination rates, I’m not cool with that,” Persad adds.

Travelers have taken to social media to voice their concerns, affirming that vaccination requirements are fueling their choice of air carrier.

So @UnitedAirlines just announced they are requiring all employees to get vaccinated.

I’m flying next week. Just one question. Why would I fly any other airline if I have the choice?@JetBlue@AmericanAir @Delta@SouthwestAir

Agree, I have been flying American but may need to rethink choice now. Also, should be mandatory for people to be vaccinated if they want to fly on airlines in the US.

I'll definitely be flying @United if I need to travel in the foreseeable future.

Not all consumers believe that airline vaccination requirements are a big enough concern to change carriers, however. Juan Leal, an insurance underwriter from Dallas, Texas who recently went on a vacation to Europe told Observer “[I’ve] been flying a lot recently and for me the vaccination status being mandated by the airline on employees didn’t impact my choice at all.” Leal says he started his journey from Dallas/Fort Worth International Airport to Amsterdam’s Schiphol International Airport on American Airlines.

For passengers like Leal, convenience is a driving factor. Out of Dallas the only U.S. carrier with non-stop service is American as it is a hub for the airline. Other airlines would have required a layover.

But American and Delta’s requirements are nowhere near as tough as United’s.

American Airlines at present is not requiring employees to get vaccinated, but is pressuring them to do so in other ways. For instance, the airline announced it will no longer offer pandemic leave for unvaccinated employees.

Delta is similarly incentivizing rather than mandating. The Atlanta based air carrier will require that its unvaccinated employees pay an additional $200 per month for health insurance.

Neither American, Delta nor Southwest responded to our requests for comment. JetBlue did. “Thousands of JetBlue crewmembers have already been vaccinated. We are providing them with information about the benefits of vaccines and have held vaccination pop ups in a number of locations to make it convenient for crewmembers. We are continuing to evaluate a vaccination requirement for all JetBlue crewmembers, and in the meantime, are actively encouraging our crewmembers to get a shot to protect themselves and those around them,” an airline spokesperson told Observer.

We requested clarification about the exact number of JetBlue’s crewmembers who have been vaccinated, how the airline is providing information about the benefits of the vaccines beyond what is widely available from the CDC and where the pop up vaccination centers are located. The airline opted not to clarify their initial statement.

The question is whether other major carriers will bow to pressure and follow in United’s footsteps. There are inklings that may soon be the case. Reportedly, both American and Southwest Airlines may be considering implementing vaccine requirements.

These increased pressures seem to be paying off as vaccination rates are up across the board. In New York City, where vaccine mandates have been widely implemented, more than 70% of residents ages 12 and older are fully vaccinated. While much of the country still has high transmission rates, the numbers have started to tick down recently, falling by almost 1%. 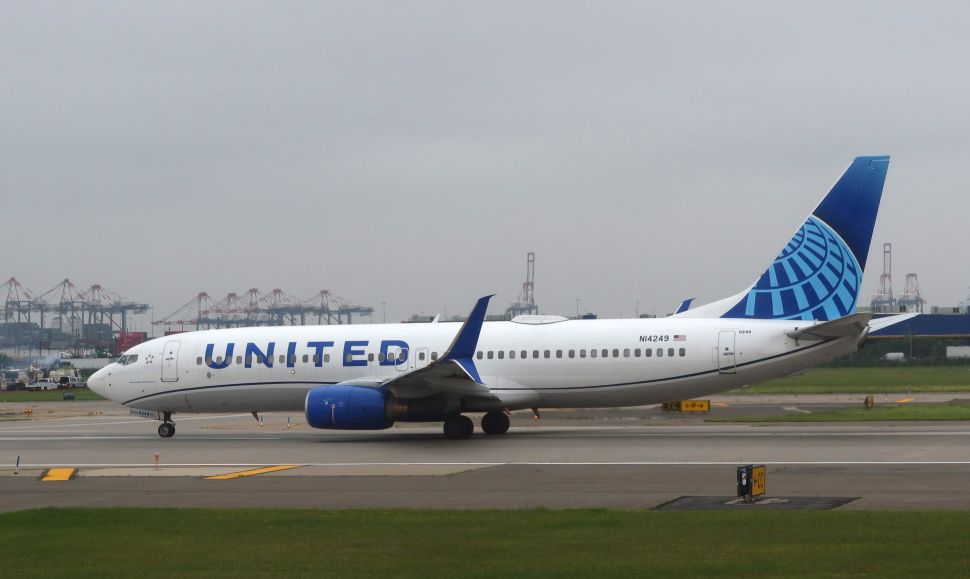