On Friday, a freshly-uncovered work by Vincent van Gogh will go on display at the Van Gogh museum in Amsterdam; the work was proffered by an anonymous Dutch collector, who had asked the museum to figure out whether the work was authentic or not. Study for ‘Worn Out,’ the drawing in question, was produced with pencil and watercolor paper and depicts a hunched older man bent over in his chair with his head resting in his hands. The drawing was made in November of 1882, and it also has markings on the back that align with the artist’s habit of affixing paper to drawing boards with starch.

Van Gogh, of course, is largely known for his brightly colored and inventive canvases, but the drawing indicates just how skilled he was at capturing the human condition in all its variations. “It’s quite rare for a new work to be attributed to Van Gogh,” Emilie Gordenker, the director of the Van Gogh museum, said in a statement. “We’re proud to be able to share this early drawing and its story with our visitors.”

Earlier this summer, other Van Gogh sketches were newly uncovered in a book about French peasantry. These sketches depict peasants, predictably; they’re believed to have been made by the artist in 1881, when he was living in the village of Etten and dedicated to drawing poor laborers. Also recently, a researcher uncovered a postcard dating back to the early 1900s that revealed what’s believed to be the precise location of Van Gogh’s final painting, Tree Roots: a slope cluttered with wild overgrowth in Auvers-sur-Oise, France.

Like the artist himself, the figure in the Worn Out drawing seems permanently bowed by the harsh realities of life. Van Gogh famously committed suicide, and was believed to be addled by alcoholism when he did so. 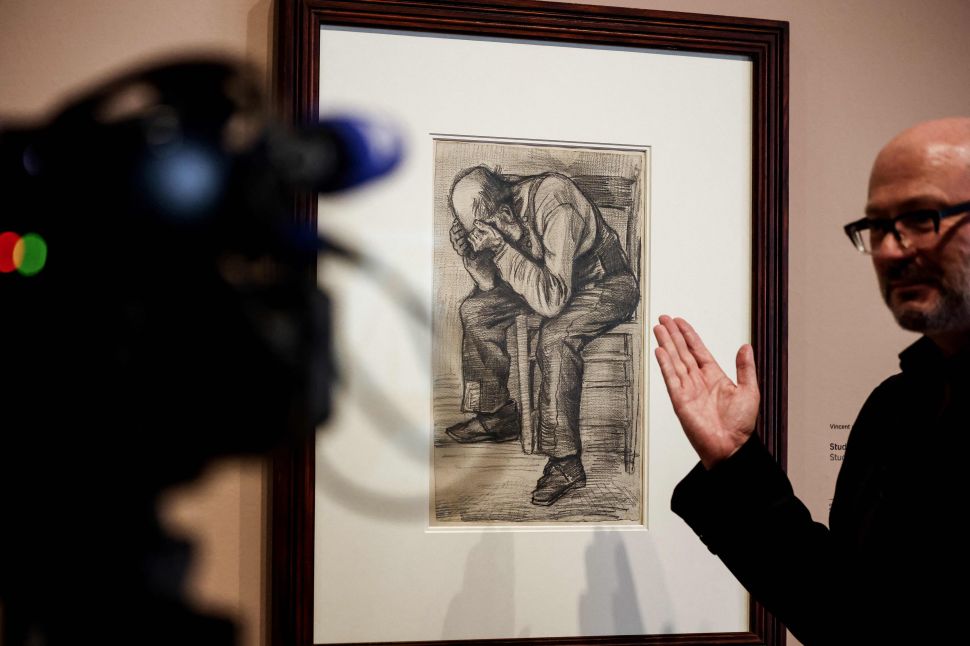