AMC’s The Walking Dead has shown some surprising signs of life recently. It’s been the most in-demand TV show in the world across all platforms ever since its 11th and final season debuted on August 22nd, according to Parrot Analytics. The zombie show had seen both its total viewership and ratings in the all important 18-49 demographic sink for the previous five seasons. That’s the opposite of what television executives want to see, particularly for a franchise that will soon add two spinoff shows and a series of films. 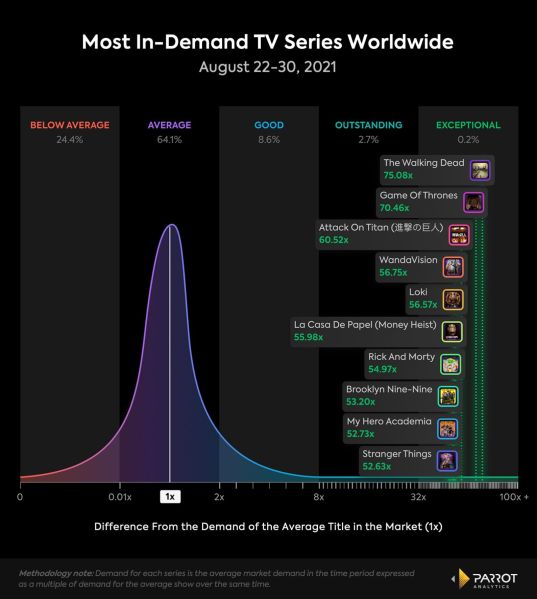 Most In Demand TV Series Worldwide

Over the last nine days, global audience demand for The Walking Dead was 75.1x higher than the average show worldwide. This was 6.6% higher than second place Game of Thrones (70.5x), and 24.1% higher than third place Attack on Titan (60.5x).

Yes, linear ratings have been dwindling for a half-decade now. That hurts when it comes to advertising fees. But The Walking Dead remains one of cable’s most-watched shows. Its worldwide demand is higher at this point into its current final season run than at any comparable point since Season 7 in 2016. Concluding this mammoth 11-year run has stirred audience excitement and additional viewing ports, such as AMC+, have enabled fans to catch the show in a multitude of new ways. This is also reflected in fans playing catch-up via Netflix.

In this case, more than half of the audience is under 35, per Nielsen, which would suggest it’s a new audience from the one that watched on linear when it launched in 2010. Adding new demographics of viewers over time helps to secure a show’s longevity. The Walking Dead‘s continued popularity underscores the value that acquired content, particularly those with deep libraries of episodes, are an important component to streaming success.While Netflix typically generates the most efficiency from shows that toggle between 30 and 50 episodes, per the What I’m Hearing… newsletter, The Walking Dead has long been viewed as a series that could spark the next major bidding war among rival streamers. 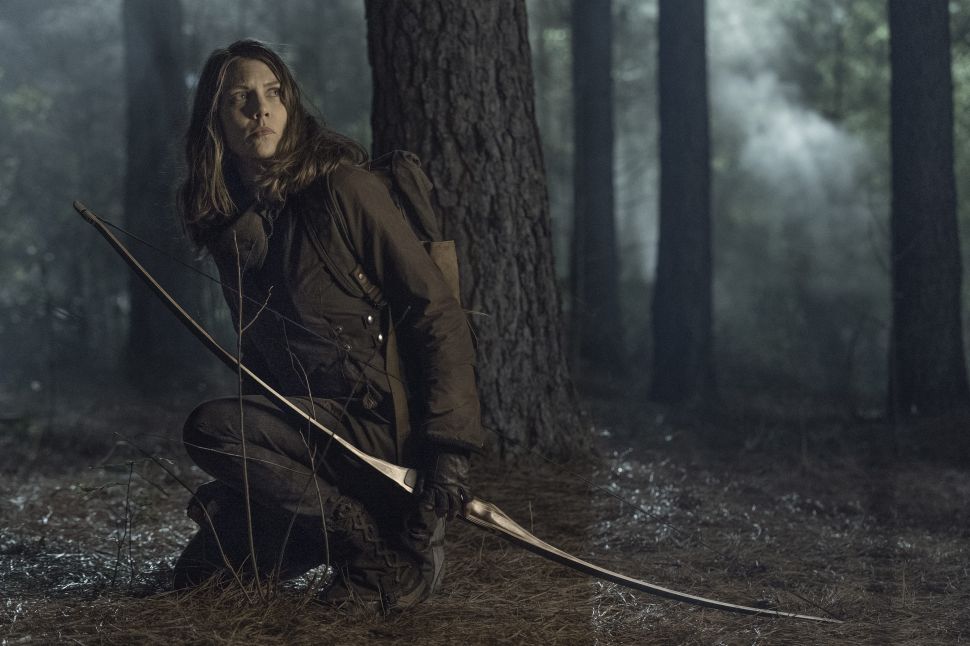