So many things to stream, so little time to scroll through them all. Thus is the plight of the viewer in the year 2021. But wait! This article is here to help you navigate your way through the endless labyrinth that is a streaming library. Whether you want to watch a sexy devil detective, a terrifying new horror movie, or a docuseries on the multi-level-marketing scheme that scammed countless women on Facebook, we’ve made a comprehensive list of what to look out for on your streaming journeys this week.

With this Saturday marking the 20th anniversary of the September 11th attacks, Worth makes for a poignant watch. The film stars Michael Keaton as Kenneth Feinberg, a lawyer charged with running the 9/11 Victim Compensation Fund. Writer and producer Max Borenstein calls it “a redemptive, hopeful story” about people and a government that operate “from a place of empathy, rather than arrogance, or partisan divide.” Worth premiered earlier this month and is available to stream on Netflix now.

This demonic take on the cop-procedural genre has had its ups and downs over the years. Initially a cable venture on Fox, it was canceled after three seasons, only to be picked up by Netflix for another two, where it catapulted to the top of the Nielsen streaming rankings. Now, Lucifer is returning for its sixth and final season, promising a satisfying ending to this devilishly fun series. Lucifer Season 6 premieres September 10.

Only Murders in the Building

Do you love true crime? Podcasts? Stories about unlikely friendships? How about Selena Gomez, Steve Martin, and Martin Short in some fab fall wear? If any (or all) of these things appeal to you, then you must watch Only Murders in the Building. Hulu’s genre bending comedy series premiered at the end of August, but new episodes roll out every Tuesday. That gives you plenty of time to watch the first four episodes and get in on the mystery yourself! The next episode of Only Murders in the Building comes out on September 14.

What We Do in the Shadows

Another fantastic comedy show that’s making its way onto Hulu is FX’s What We Do in the Shadows, now in its third season. The series, based on Oscar-winner Taika Waititi’s vampire mockumentary of the same name, offers a kooky look into the daily lives of 400-year-old vampire roommates and their inevitable shenanigans. It’s become both a fan favorite and critical darling over the years. New episodes appear on Hulu the morning after they premiere on cable, which gives everyone a chance to catch up on this oft-overlooked gem. The next episode of What We Do in the Shadows will be available on September 10.

From the team behind Hulu’s entry into the oeuvre of Fyre Festival exposés, LulaRich is set to investigate LuLaRoe, a multi-level-marketing company-slash-alleged pyramid scheme that specializes in, let’s just say, creatively patterned leggings. Documentarians Jenner Furst and Julia Willoughby even managed to secure an interview with the sketchy company’s founders, DeAnne Brady and Mark Stidham, so this four-part docuseries should promise a meaty look into one of the more memorable business scandals in recent years. LulaRich premieres September 10.

If you’re looking for a spine-chilling horror movie, then James Wan’s Malignant will be coming to a screen near you. The Conjuring creator’s new film blurs the line between anxious visions and reality. Its day-and-date release allows a variety of ways to watch: if you want the full horror movie experience, it will be opening in theaters across the country; if you’d rather watch it from home, it will be available on HBO Max for the next month. Malignant opens in theaters and on streaming September 10.

With the ongoing streaming wars, where services battle it out for the most well-known series and franchises, it can be hard to keep track of where to watch some of your old favorites. Luckily, all eight of the Harry Potter movies have found their way onto HBO Max. It’s never a bad time for a Harry Potter marathon, so why not throw one on this weekend? The Harry Potter series came to HBO Max on September 1 and is available to stream now. 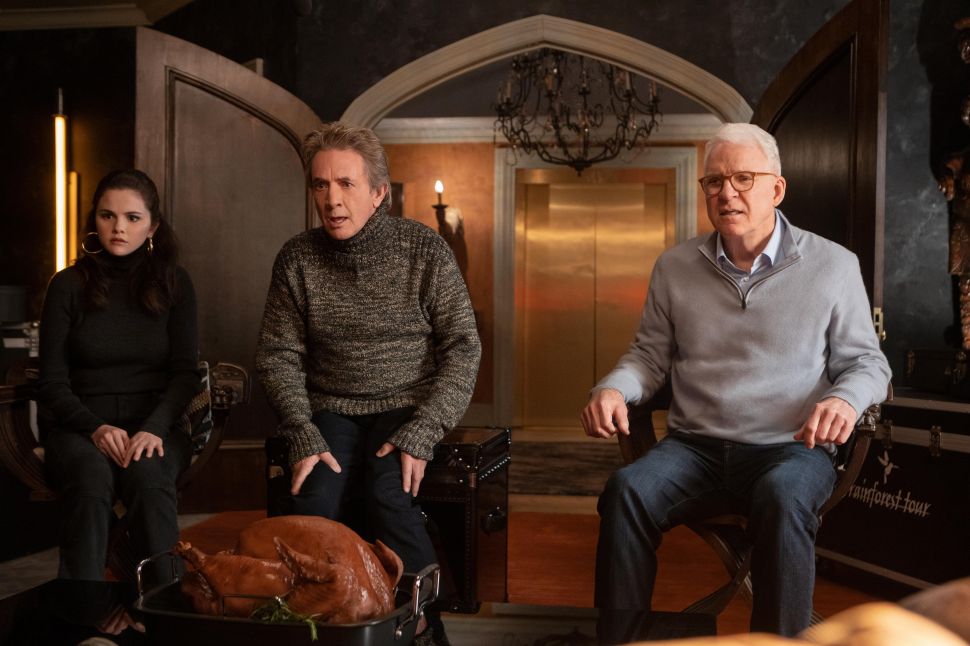