With Halloween right around the corner, it makes sense that certain spooky discoveries are being made: according to new reports, a researcher at the British Museum has discovered a Babylonian tablet that’s believed to be inscribed with the world’s oldest ghost drawing. The tablet is approximately 3500 years old, and its design also includes instructions from a Babylonian artist on how to exorcise evil spirits from your presence. More specifically, the tablet includes drawings of a man being forcibly dragged into the afterlife by someone who was once his lover, which is undoubtedly a scene that anyone could relate to.

“It’s obviously a male ghost and he’s miserable,” Dr. Irving Finkel, curator in the Middle Eastern department at the British Museum, told The Guardian. You can imagine a tall, thin, bearded ghost hanging about the house did get on people’s nerves. The final analysis was that what this ghost needed was a lover.”

“You can’t help but imagine what happened before,” Finkel added. “‘Oh God, Uncle Henry’s back.’ Maybe Uncle Henry’s lost three wives. Something that everybody knew was that the way to get rid of the old bugger was to marry him off. It’s not fanciful to read this into it. It’s a kind of explicit message. There’s very high-quality writing there and immaculate draughtsmanship.”

The tablet is small enough to fit into the palm of someone’s hand, but it obviously packs a narrative punch. The British Museum also acquired it in the 19th century but never analyzed the object properly, which is why so much time passed before the drawing of the ghost was detected. Even now, the tablet’s ghost is only visible when directly illuminated and viewed from above. The tablet is also inscribed with a message: “Do not look behind you!” 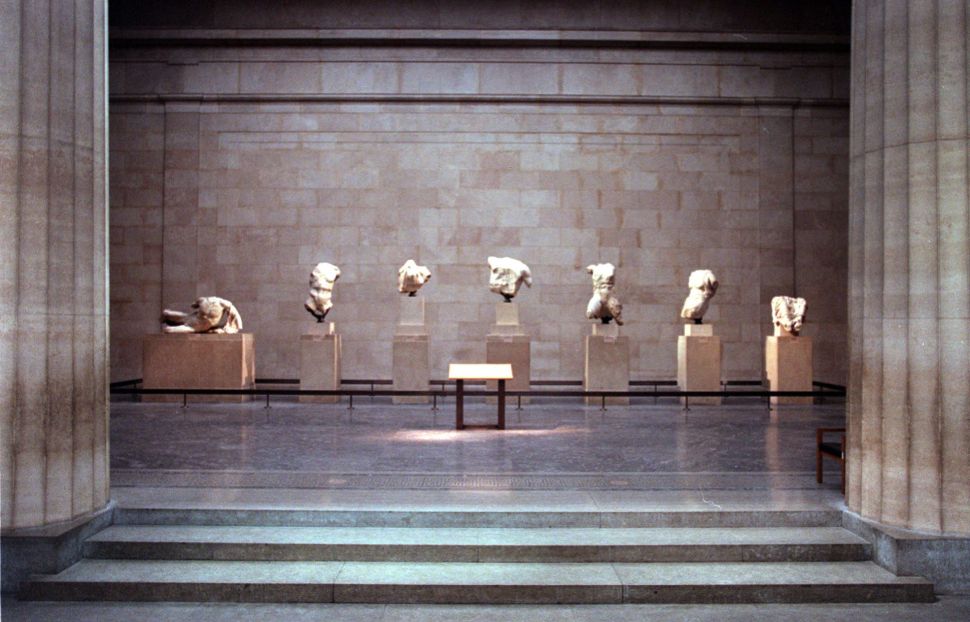