On Tuesday, the Whitney Museum of American Art announced that it had added seven new members to its board of trustees; the list includes art collector and Drawing and Print Committee member Katja Goldman, the Deputy Director of the National Gallery of Art and artist Julie Mehretu, whose self-titled mid-career exhibition was on view at the Whitney this summer. This addition makes Mehretu the third artist to join the board of trustees in the Whitney’s history. The other two artists who make up this short list are Fred Wilson and Chuck Close. Mehretu has also been involved in virtual programming at the Whitney.

“The impressive contributions these seven individuals have already made to the cultural community and to the Museum are testament to their commitment to this institution and its values,” Whitney Board of Trustees President Fern Tessler said in a statement. “The Whitney thrives because of relationships among its artists, audiences, staff, and Board, and I am grateful for the invaluable insights Julie and Fred bring to the Board and their deep commitment to our mission and values.”

The last couple of years have been turbulent for the Whitney, which has contended with backlash to its 2019 Biennial, furor directed towards former board member Warren B. Kanders and coronavirus layoffs. Additionally, the museum was criticized for acquiring work at low prices from See In Black, an artist collective raising funds for anti-racist initiatives. Some artists whose work was purchased by the museum for a planned exhibition entitled “Collective Actions: Artist Interventions in a Time of Change” expressed disappointment that they hadn’t granted consent for their work to be exhibited or compensated for their contributions.

With the addition of Mehretu to the board, the Whitney is giving an already-influential artist a powerful seat at the table. “The Whitney’s founder, Gertrude Vanderbilt Whitney, believed that artists were essential to defining, challenging, and expanding culture and that the Museum should be a site where artists and audiences engaged openly with untested ideas,” Adam D. Weinberg, the Alice Pratt Brown Director of the Whitney, said in a statement. “Today, more than ninety years later, this history informs who we are and how we serve our public, and our trustees, along with our staff, help to ensure that we redouble our commitment to American art and artists.” 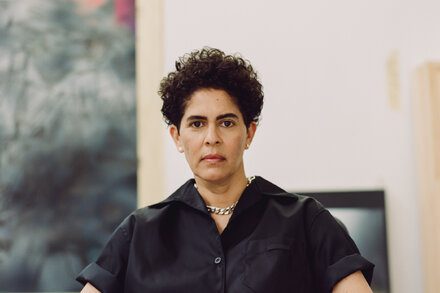