It’s been a rather dramatic few weeks for basketball player Ben Simmons. The NBA star, who currently plays for the Philadelphia 76ers, has been at odds with the team’s management, and reportedly requested a trade over the summer. Simmons has been fined for missed practices and preseason games, and he was suspended for the season opener.

It appears that Simmons is already packing his bags, at least when it comes to his real estate holdings in the area. Not only has he listed his Philadelphia apartment for sale for $3.1 million, but now he’s tossed his 10,477-square-foot mansion in Moorestown, New Jersey onto the sales market, with a nearly $5 million price tag attached.

If he scores the full ask, Simmons would net a significant profit from the $2.28 million he paid for the five-bedroom, 5.5-bathroom home less than two years ago, in November 2019.

A dramatic double-height foyer with a curved staircase leads into the home. The residence features millwork and white oak hardwood floors throughout, with a largely monochrome aesthetic.

The airy kitchen is equipped with quartz countertops, custom cabinetry and two large black-and-white islands, as well as bar seating. There’s also a massive separate breakfast nook with banquette seating, in addition to a formal dining room with a glass-enclosed wine wall.

The main living room is outfitted with a marble-accented fireplace, various lounging areas and double-height ceilings. Elsewhere on the first floor, there’s an office with custom built-in shelving and French doors, per the listing held by Compass broker Juliet Cordeiro.

The primary suite, which is located on the second level, features a fireplace and sitting area. The marble-bedecked bathroom contains a soaking tub, separate walk-in shower and double vanities.

The finished basement is comprised of a game room, lounge and a movie room with a custom couch, chairs and a casual fish tank, because why wouldn’t there be an aquarium in the home theater? There’s also a separate candy room, for a true Willy Wonka experience.

While Simmons seems to be shedding most of his East Coast real estate, he did recently make a major acquisition on the West Coast. Over the summer, he doled out a hefty $17.5 million for a seven-bedroom mansion in the Kardashian-adored Hidden Hills area of Los Angeles, so perhaps we should take this as a sign that he’s planning on spending more of his time in California. 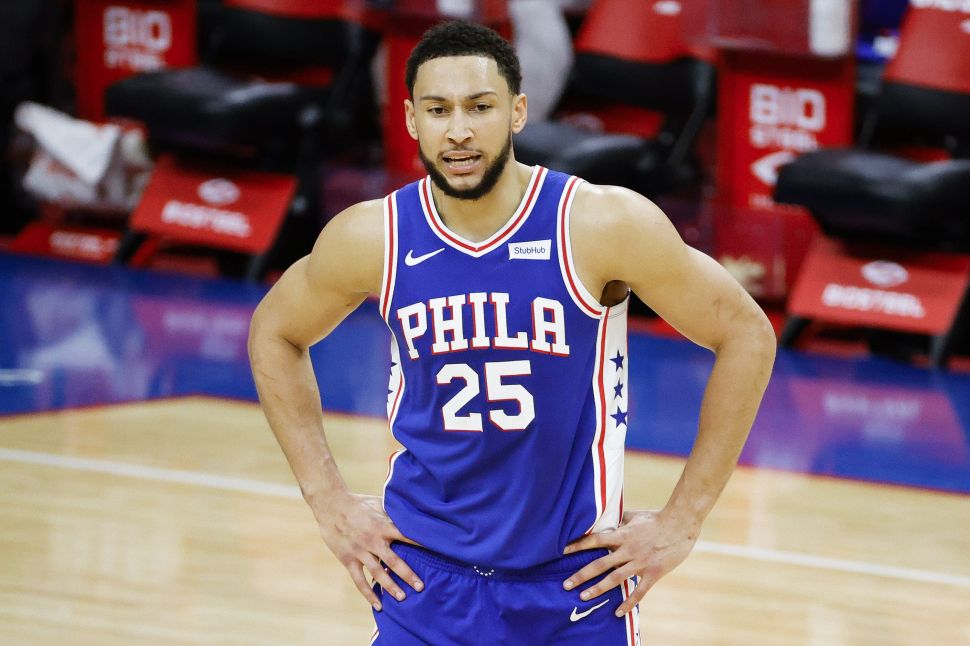