In recent months, cryptocurrency miners have been relocating en masse from China, once the world’s largest hub for crypto mining, to countries with cheap electricity costs and abundant renewable energy sources at a time when the world is facing a global energy crisis.

This summer, the U.S. surpassed China as the world’s largest destination for Bitcoin miners for the first time, according to the latest update from a crypto mining map maintained by the University of Cambridge’s Centre for Alternative Finance published this week.

As of the end of August, 35.4 percent of Bitcoin’s hashrate, a measure of collective computational power and thus mining performance, originated from the U.S., according to Cambridge’s data published on Wednesday. That’s a more than four-fold increase from a year ago, when China hosted two-thirds of global Bitcoin mining activities.

A major trigger of miners’ exodus from China is Beijing’s crackdown on cryptocurrencies this year. Mainland China was not covered in Cambridge’s latest survey because the number of public mining operations effectively dropped to zero following the government’s ban on all mining activities in June.

“The immediate effect of the government-mandated ban on crypto mining in China was a 38 percent drop in global network hashrate in June 2021,” Michel Rauchs, digital assets lead at the Cambridge Centre for Alternative Finance, wrote in a blog post on Wednesday. “That initial 38 percent drop in global hashrate in June was partially offset by a 20 percent ‘bounceback’ over July and August, suggesting that some Chinese mining equipment has been successfully redeployed overseas.”

Mining is the energy-intensive process of verifying and maintaining a log of all crypto transactions on the distributed ledger known as blockchain.

“The main expense in mining is the cost of electricity. As more miners enter the sector, they will seek out the lowest cost of electricity—regardless of the source,” explained Andrew Kiguel, founder and former CEO of Hut 8, one of North America’s largest Bitcoin mining companies.

Many crypto miners who couldn’t or didn’t want to cross the Pacific Ocean chose to settle in China’s neighboring Kazakhstan and Russia, which trail the U.S. as the second and third largest Bitcoin mining destination, respectively, according to Cambridge data.

“The world doesn’t have enough clean and renewable electricity to meet the demands of the world today. So as miners seek new sources, they will act economically and use coal and gas-based production,” Kiguel said.

Russia and Kazakhstan are both known for low electricity prices. However, with a global energy crisis going on, the huge amount of power needed for Bitcoin mining is threatening regular energy supply in some places.

Russia’s Irkutsk region, for example, warned local residents this week that Bitcoin miners from China could overload its power grid, Bloomberg reported. Retail energy consumption in the region this year is up 159 percent from last year due to an “avalanche” of underground crypto-mining, Irkutsk governor Igor Kobzev said in a letter to Russian Deputy Prime Minister Alexander Novak on Wednesday.

By contrast, a flood of Bitcoin miners coming to the U.S. “has been an unintentional gift,” thanks to our country’s relatively abundant renewable power sources, said Sam Tabar, chief strategy officer of Bit Digital, a NASDAQ-listed crypto mining company focused on sustainable energy.

“The innovation that Bitcoin miners bring, particularly in the renewables sector, has been remarkable,” Tabar told Observer. “We are seeing abandoned coal factories in the state of New York near Niagara Falls become repurposed into Bitcoin mining centers and drawing its power from the Niagara Falls river instead of coal power.”

He added, “We can expect in the next few months further innovation by miners, innovation that is sorely needed in the power industry, an industry that is normally sleepy.” 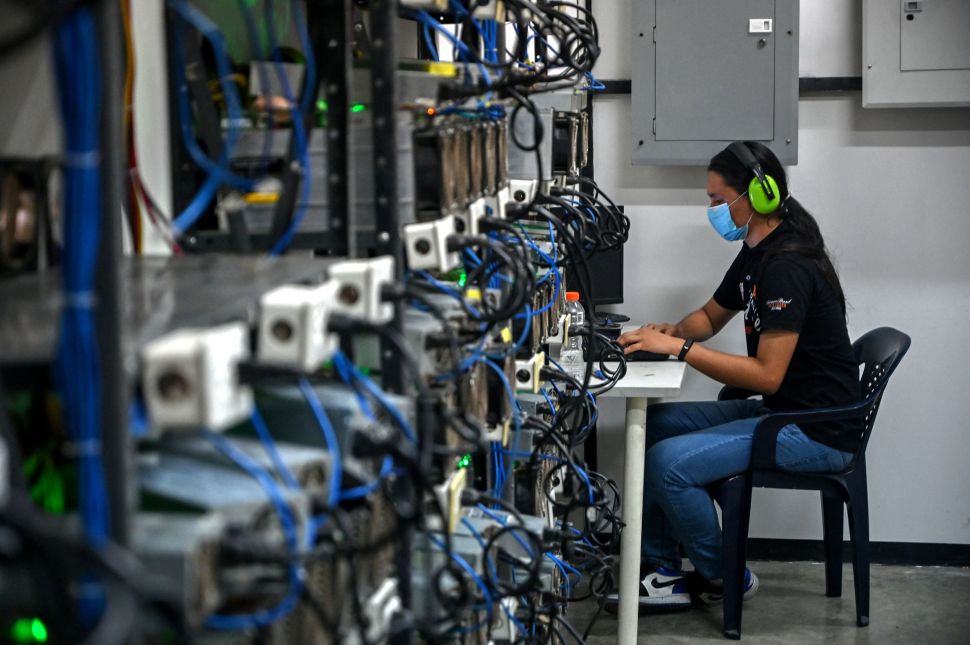