A group of space companies that struggle to launch their own spacecraft beyond Earth’s orbit are teaming up on something bigger: building an orbital “business park” the size of the International Space Station.

On Monday, Jeff Bezos’ Blue Origin announced plans to develop a commercial space station in low Earth orbit called “Orbital Reef” in partnership with Boeing and Sierra Space before the end of this decade. The space station will be used to host space vacations, science experiments and potentially zero-gravity manufacturing.

The project will be funded by Blue Origin and Sierra Space, a spaceflight arm of defense contractor Sierra Nevada Corp. Boeing will be tasked with designing a research module on the station. The team will also include 3D printing company Redwire Space and aerospace contractor Genesis Engineering.

“Orbital Reef will be operated as a ‘mixed use business park’ in space…The team has all the services and systems to meet the needs of emergent customers, including researchers, manufacturers, and visitors,” Blue Origin and Sierra Space said in a joint statement. “Orbital Reef offers standard interfaces at all levels–locker, rack, and module. Seasoned space agencies, high-tech consortia, sovereign nations without space programs, media and travel companies, funded entrepreneurs and sponsored inventors, and future-minded investors all have a place on Orbital Reef.”

Building space stations is a popular pursuit for space startups nowadays, as NASA has put out calls for proposals for a private successor to the aging ISS. Texas-based startups Nanoracks and Axiom are exploring similar projects.

Blue Origin plans to launch the first module of Orbital Reef in the second half of this decade. However, space fans doubt the timeline’s feasibility because none of the participating companies has successfully launched a crewed spacecraft beyond Earth’s orbit yet, let alone a space station.

“I question whether of if this will come to fruition,” a Twitter user commented under Orbital Reef’s announcement. “You have Boeing who can’t get Starliner off the ground yet, and Blue Origin who lacks an orbital-class rocket altogether.”

“You need an orbital rocket to build a space station,” another person tweeted.

One Twitter user called out the obvious absence of SpaceX, a competitor of both Blue Origin and Boeing, in such an ambitious project. “Why didn’t you include SpaceX in this partnership? With Crew Dragon, F9, FH [Falcon Heavy], you can achieve this project much cheaper and in a shorter time,” the person tweeted.

Interesting, but I question when or if this will come to fruition. You have @BoeingSpace who cant get Starliner off the ground yet, and @blueorigin who lacks an orbital class rocket altogether. Nevertheless, I welcome any and all means to the advancement of mankind.

Wow, so we have BO turtle and Boeing snail. This sounds like a team that gets things done in timely fashion!

You need a orbital rocket to build a space station 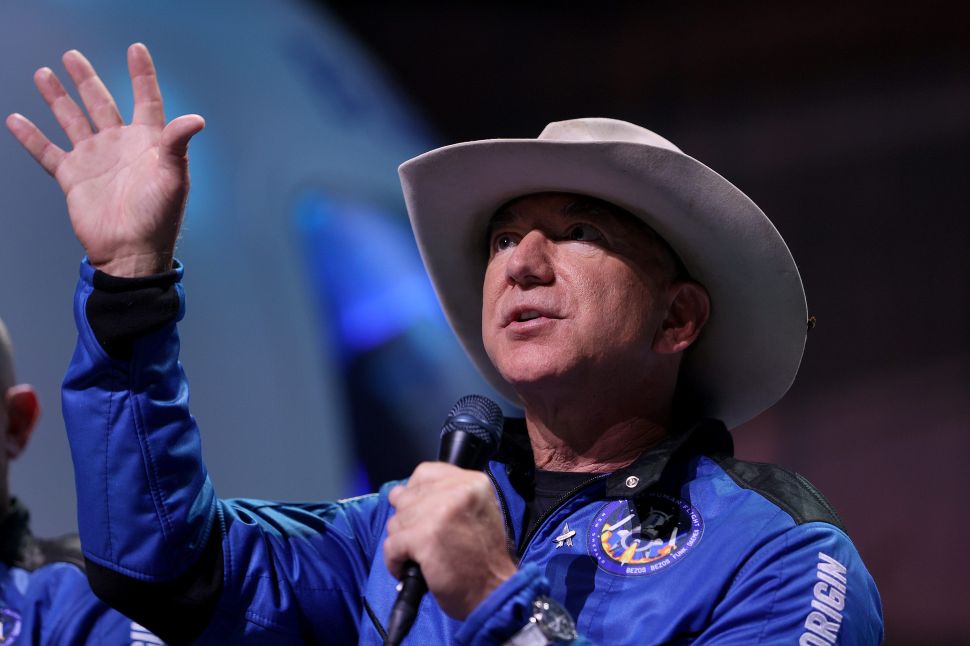