Jost is asking $2.5 million for the two-bedroom, two-bathroom co-op, which he purchased for $1.78 million back in August 2011. It’s been a while since he actually resided in this New York apartment, though, as he’s already moved out, reports Dirt.

The apartment is one of just four units in the West Village building, and features exposed brick walls and wood floors throughout. The living room is located on the upper level, and contains a wood-burning fireplace and French doors that lead to a Juliet balcony, which looks out over the private garden below, per the listing held by Douglas Elliman broker Noble Black.

The windowed galley kitchen is fitted with yellow cabinetry, stainless steel appliances, patterned tile backsplash and even more exposed brick. A guest suite is situated on the upper floor of the home, with its own walk-in closet and bathroom. There’s also a freestanding soaking tub positioned in a nook at the end of the bed, in a rather unexpected design choice.

The primary suite is located on the garden level, with terracotta tile floors and a walk-in closet, as well as an en-suite bathroom, sans any form of randomly placed tub.

The apartment also has highly-coveted private outdoor space in the form of an adorable patio, which includes a prewired projector screen for an al fresco movie night.

It’s not too surprising that the comedian has decided to offload his bachelor pad, as he and Johansson own a number of other homes elsewhere in New York. The Black Widow actress owns a residence in Snedens Landing (where the couple reportedly tied the knot almost exactly one year ago), as well as a penthouse in midtown and an apartment at the Carlyle House on the Upper East Side. Jost and Johansson also both maintain homes in the Hamptons; Jost purchased a beach getaway in Montauk in 2015, while Johansson has owned an Amagansett retreat since 2013. 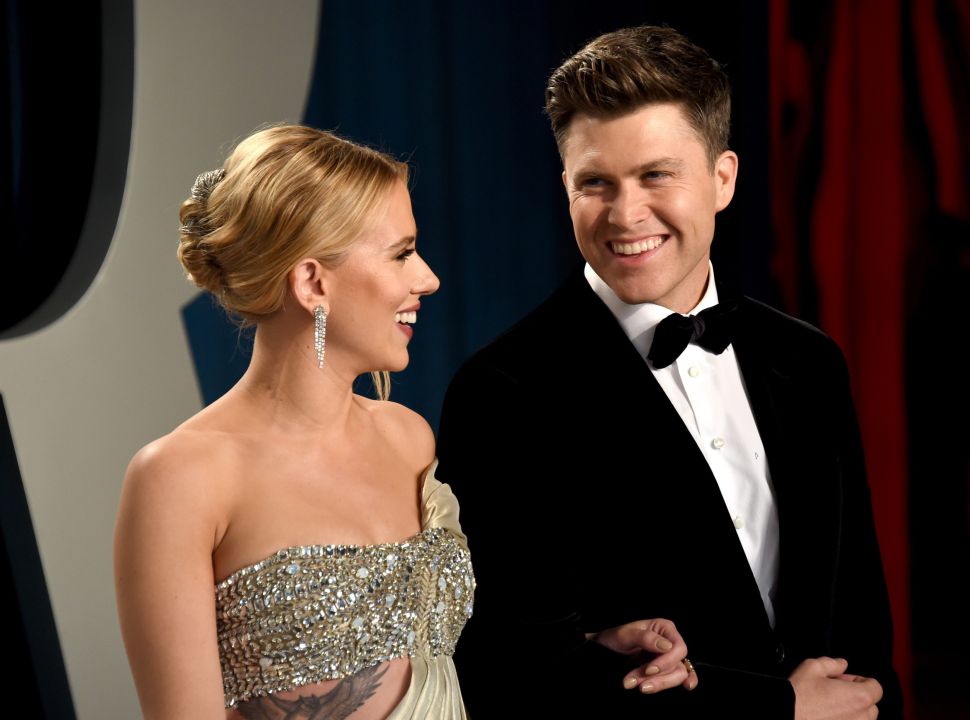