Several members of the U.S. House Judiciary Committee are questioning whether Amazon leaders, including founder and former CEO Jeff Bezos, misled lawmakers and lied under oath during a congressional investigation of the tech giant’s anti-competitive practices.

In a letter sent to Amazon’s new CEO Andy Jassy on Sunday, first reported by The Wall Street Journal, five members of the House Judiciary Committee’s antitrust subcommittee asked the company to provide “exculpatory evidence” to corroborate the sworn testimony that Bezos and several other Amazon executives gave in a series of hearings in 2019 and 2020.

“We strongly encourage you to make use of this opportunity to correct the record and provide the Committee with sworn, truthful, and accurate responses to this request as we consider whether a referral of this matter to the Department of Justice for criminal investigation is appropriate,” the members wrote.

Amazon is one of the four tech firms probed by the House antitrust subcommittee. The investigation also targeted Apple, Facebook and Google parent Alphabet. The Amazon case focused on allegations that the company used data from third-party sellers on its platform to inform its own private-label products and favor those products in search results.

Amazon executives denied these allegations in testimony and written responses in 2019 and 2020. “We have a policy against using seller-specific data to aid our private-label business,” Jeff Bezos told the subcommittee in a July 2020 hearing. But he added that “I can’t guarantee you that that policy has never been violated.”

In a statement to Observer, an Amazon spokesman said the company and its executives didn’t mislead the House Judiciary Committee.

“As we have previously stated, we have an internal policy, which goes beyond that of any other retailer’s policy that we’re aware of, that prohibits the use of individual seller data to develop Amazon private label products,” the spokesperson said, adding that any violations of this policy are investigated an acted on internally.

Amazon also denied accusations that it favors its private-label products in search results. “We design our search experience to feature the items customers will want to purchase, regardless of whether they are offered by Amazon or one of our selling partners,” the spokesperson said.

In the July 2020 hearing, the House antitrust subcommittee chairman David Ciciline pressed Bezos to explain how it’s not “an inherent conflict of interest” for Amazon to host a platform for third-party sellers while making and selling products that compete with those sellers.

Bezos’ response was, “Consumers are the ones ultimately making the decisions about what to buy, what price to buy at and whom to buy from.” 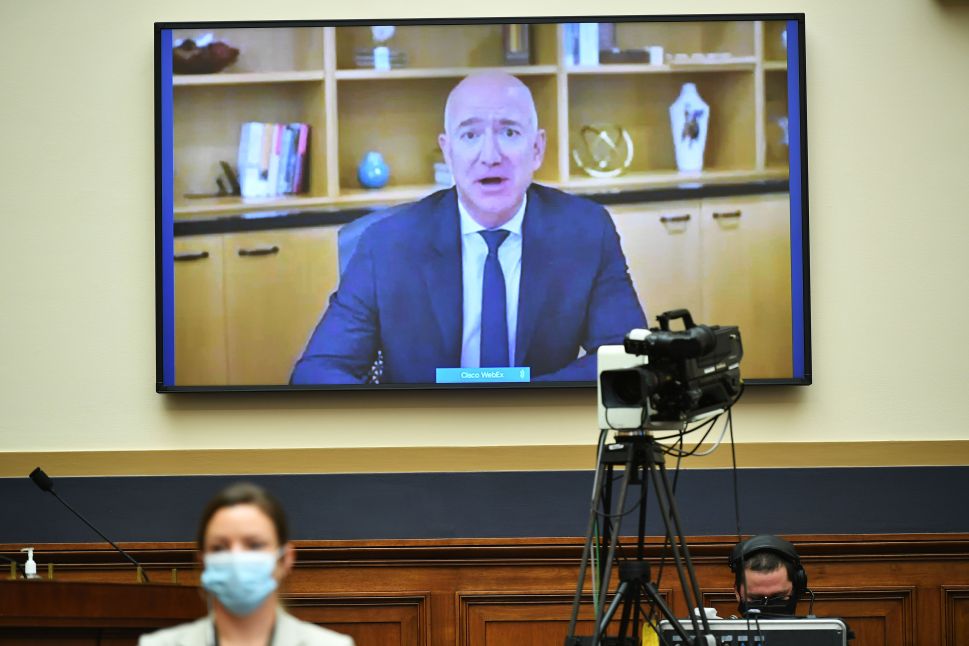