Filmmaker and artist David Lynch is beloved for his willingness to plumb the underbelly of the American psyche in order to produce haunting, evocative television shows and works of cinema. Now, it seems that Lynch has embraced NFTs, which are arguably just as dark and nuanced as the pockets of suburban ennui he shone a light on in order to make Blue Velvet. On Tuesday, the CryptoArt platform SuperRare announced that it would be offering the results of a collaboration between Lynch and the New York band Interpol up for auction. The collaboration resulted in a seven-part NFT series; the first of these NFTs is a short film called To Touch A Red Button Man.

This collaboration will drop seven unique one-of-one NFT artworks every two days for two weeks on SuperRare as timed auctions.

The 1st NFT "I Touch A Red Button"

For two weeks, each subsequent NFT will be rolled out and dropped. According to the SuperRare website, the To Touch A Red Button Man film “accompanies a new expression of ‘lights’ featuring the haunting piano and drums of Interpol;” a short sample of the film itself shows a flickering animation of a TV screen and a floor scattered with paper detritus and a soda can. Initially, the film was made in 2011 in order to accompany Interpol’s performance at that year’s Coachella.

“To be frank, Interpol is crazy about David Lynch, and we are over the moon to have ever been able to align our name with his in an artistic forum,” Paul Banks of Interpol said. “Humbly, we believe that as digital artifacts go, these are worthy of preservation in the infinite digital realm.”

In recent years, in addition to the artistic triumph that is Twin Peaks: The Return, Lynch has been experimenting with new ways of accessing his creative talents. In 2019, the auteur collaborated on an exhibition with the New York gallery Sperone Westwater that showcased his dark, disturbing mixed media artworks. One of them, Billy (And His Friends) Did Find Sally in the Tree (2018), shows what appears to be a young girl hanging from a noose. 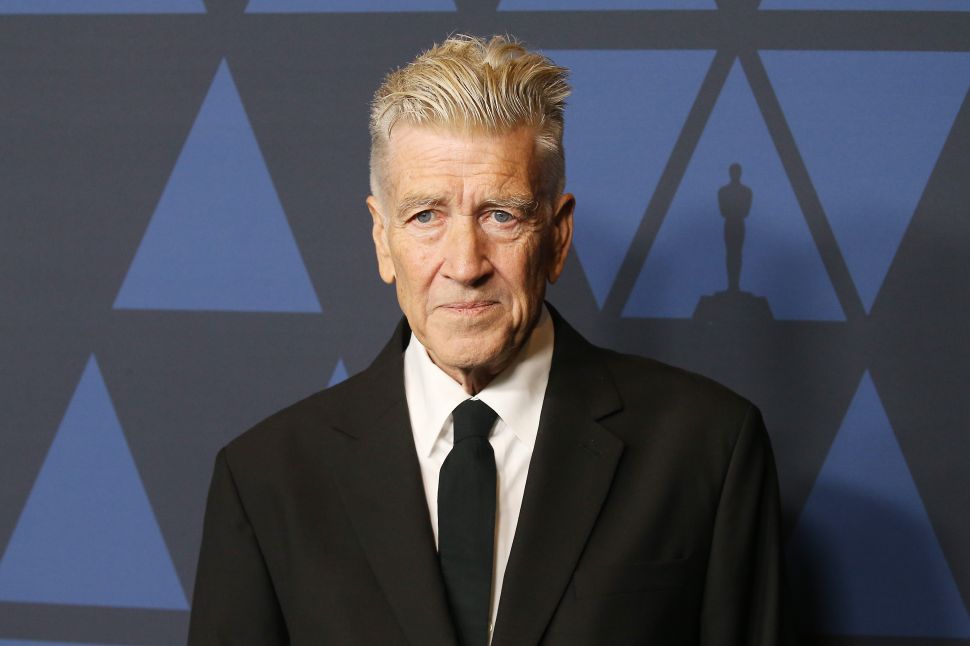