It’s impossible to formulate a complete judgment based on a trailer, but the first teaser for Disney and Pixar’s Toy Story prequel Lightyear has the cynic in me tipping his cap.

Movie audiences love to bemoan Hollywood’s deluge of sequels, prequels, reboots, and revivals. But the shocking truth is that economics rule the screen, audiences vote with their wallets, and they’ve elected and re-elected familiar names and faces, rebranded ad infinitum, with more original fare destined for lower cost streaming productions. Still, if Hollywood must milk every ounce of its own popular intellectual property, it might as well make it interesting.

From its use of Bowie’s “Starman” in the trailer to the casting of Chris Evans as the voice of the astronaut the beloved Buzz Lightyear toy is based on, Lightyear certainly appears to remix the Toy Story IP in a creative way.

Lightyear offers originality by way of a branded bridge by introducing the legendary Space Ranger, voiced by Evans in an example of pitch-perfect casting. “The phrase ‘a dream come true’ gets thrown around a lot, but I’ve never meant it more in my life,” Evans said. “Anyone who knows me knows that my love for animated films runs deep. I can’t believe that I get to be a part of the Pixar family and work with these truly brilliant artists who tell stories unlike anyone else. Watching them work is nothing short of magic. I pinch myself every day.”

There’s a certain swelling excitement as Buzz’s spacecraft throttles alongside the sun and approaches hyper speed. There’s a creeping sense of curiosity as our new-yet-familiar protagonist explores far off worlds. Maybe I’m a sucker for the Mouse House marketing machine, which manages to trick ticket buyers into thinking what is old is new. But human-based sci-fi set among the stars is relatively untouched ground for Pixar, which opted for an anthropomorphic robot in Wall-E. After the wondrous visual leaps of Coco and Soul, the imagination sparks to what Pixar and Academy Award-winning director Angus MacLane (Finding Dory) can do with the cosmos.

If Hollywood insists on recycling its own libraries to keep valuable IP alive and fresh, this is a fun way to go about it. 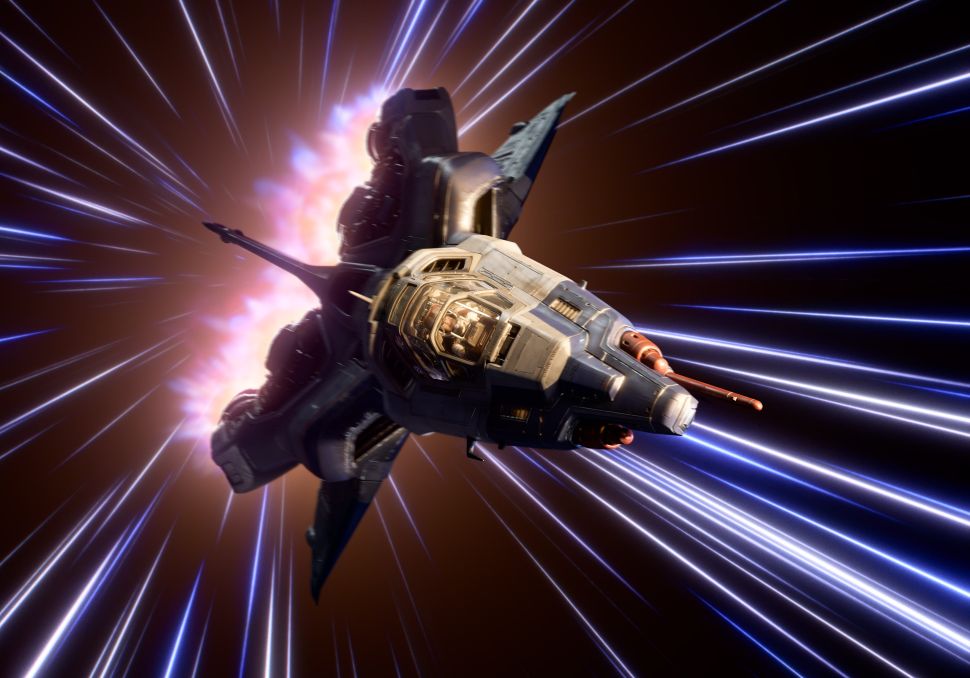