HBO’s Game of Thrones became a phenomenon thanks to the lively political jockeying of its major strategic players, the ensemble cast of rich and compelling characters, the fantasy genre leanings that pushed it into fantastical territory and its epic scope, which helped usher in the age of Blockbuster Television. No wonder HBO is trying to run it all back with its first ever spinoff, House of the Dragon.

But rather chase after a pale imitation of the original for diminishing returns, House of the Dragon possesses the vital history and grand consequences to emerge as the next small screen sensation. It may be similar in size and scope to Game of Thrones (with the potential to be MUCH bigger thanks to all its dragons), but there are a medley of fresh factors driving a new narrative for fans both old and new. As such, it’s no surprise HBO unveiled the show’s first teaser Tuesday as part of its HBO Max Europe launch event.

While this won’t be a shot-for-shot breakdown of the entire trailer, I did want to highlight key moments so that audiences can better understand the machinations at play and the attraction of this new Game of Thrones adventure. The show’s official synopsis reads:

The prequel series finds the Targaryen dynasty at the absolute apex of its power, with more than 15 dragons under their yoke. Most empires—real and imagined—crumble from such heights. In the case of the Targaryens, their slow fall begins almost 193 years before the events of Game of Thrones, when King Viserys Targaryen breaks with a century of tradition by naming his daughter Rhaenyra heir to the Iron Throne. But when Viserys later fathers a son, the court is shocked when Rhaenyra retains her status as his heir, and seeds of division sow friction across the realm.

The teaser opens with who I believe to be Matt Smith’s Prince Daemon Targaryen walking through a dark passageway with a torch. He and perhaps his niece, Rhaenyra Targaryen (Emma D’Arcy) look out across the sea. Daemon is the younger brother of King Viserys (Paddy Considine) and, despite his vicinity to royalty, has never truly lusted after the throne himself. That, of course, does not make him altruistic of heart and spirit. There’s a rashness to Daemon borne of privilege and apathy as he bounds from one distraction to another. Most of his joy is found at the edge of his sword, but even as the most experienced warrior of his time, he vacillates between vile and heroic, making him the true rogue of the series.

Much to the dismay of the powerful noble houses, Daemon’s niece Rhaenyra (the King’s daughter), a bold young woman with a taste for anti-establishment reform, is named heir to the throne. Her prospective ascension, and her disbelief at the resistance it’s being met with, fray powerful relationships at court. Though raised to rule, her status as a woman has unsettled her position from the start, and her rule-breaking tendencies further incense those who never stood with her in the first place. Change is slow, but Rhaenyra is understandably impatient to build a new world, which is going to ruffle some powerful feathers.

Clever bit of necessary exposition that plants an important idea in the viewer’s mind.

As a succession of shots shoot across the screen (some of which we’ll highlight in a moment), Smith’s Daemon intones: “Gods. Kings. Fire…and blood. Dreams didn’t make us Kings. Dragons did.” And he’s right!

The Targaryens are the only family capable of approaching a dragon without become barbecue. It likely ties back to their origins in Valyria, a once vibrant epicenter of culture, knowledge, wealth, and magic in Essos. It was destroyed by a cataclysmic event known as the Doom of Valyria a century before any Targaryen ever came to Westeros. It is the ancestral home of House Targaryen, House Celtigar, and House Velaryon, names that will grow in importance. Author George R.R. Martin recently promised 17 dragons in House of the Dragon and while we’d all still rather just one book from him, we’ll also take that sort of air fire-breathing air force too. It suggests that House of the Dragon is going to big and expensive.

Here it looks like we have King Viserys Targaryen. Viserys is a peaceful man who is not prone to heated conflict like some of his predecessors, especially where it concerns his brother Daemon, his Queen, and his daughter. He’s methodical, amicable, and eager to please, but suffers from a health condition that casts a shadow on his already thin reputation as a leader. He’s unable to mend the deepening wound forming between his second wife and his daughter, which may very well plant the seed of revolution.

Viserys I was elected King by a gathering of noble lords at Harrenhal. He was considered an honorable man, but as HBO warns in their announcement, “Good men do not necessarily make good kings.” To that point, he failed to bond with another dragon after the death of Balerion the Black Dread prior to his coronation, which raised eyebrows among powerful allies and subtly set the wheels in motion for the Targaryen decline.

Princess Rhaenyra Targaryen (D’arcy) has glorious purpose thrust upon her, but potentially lacks the patience and political savvy to navigate such a monumental shift in the patriarchal feudal society that is Westeros. The support of her uncle Daemon (Smith) would go a long way in keeping the noble houses in line with the King’s plan of succession. But who among the royal family is truly behind this radical new direction and who is plotting to undermine it? Complicating matters: Rhaenyra is the only living child of Viserys and his first wife, Queen Aemma of House Arryn.

Here we have Lord Corlys Velaryon (Steve Toussaint), also known as the Sea Snake, who is married to Princess Rhaenys Targaryen (not the same woman as above. I know, it’s confusing). He’s an absolute badass who is considered a master of the sea and the best sailor in all of Westeros. Velaryon is a self-made man of new money earned from his sea-faring exploits. His financial power has surpassed even the Lannisters and the Hightowers as a result. He’s a battle tested veteran whose ambitions know no bounds—even at the expense of his family. Rome creator Bruno Heller is reportedly developing a spinoff series for this character and, if true, would help explain why HBO announced a slew of new Velaryon characters for House of the Dragon today:

The talented Olivia Cooke plays Alicent Hightower, Viserys’ second wife and Queen of Westeros. She is a savvy power player not to be underestimated. In a bit of clever subterfuge, she maintains a public image of grace and stability, but is dangerously skeptical of her well-intentioned but weak husband’s ability to rule. As such, she is plotting against the ascension of her step-daughter, Rhaenyra, to the throne. It likely makes for some awkward family dinners at the palace.

For the seat of power that has caused endless wars and bloodshed among its subjects, it doesn’t look all that inviting, does it? But that’s the trick about power—it corrupts you until you lust after what you know is dark and dangerous at the expense of all else around you.

In the source material, Viserys’s intent to bring about reform to the lines of succession and anoint his daughter as heir, while noble, created a schism among the Targaryen dynasty. This led to the “Dance of Dragons,” a bloody civil war between the Targaryens that contributed to the extinction of dragons. It is arguably the single-most important event in recent Game of Thrones history.

Game of Thrones picks up 20 years after the Mad King Aerys Targaryen has been overthrown and the Targaryen line has (seemingly) been snuffed out. But none of that would have been possible had it none been for the events that seem to compose the foundation of House of the Dragon. As such, House of the Dragon can both serve as crucial connective tissue and a standalone epic. 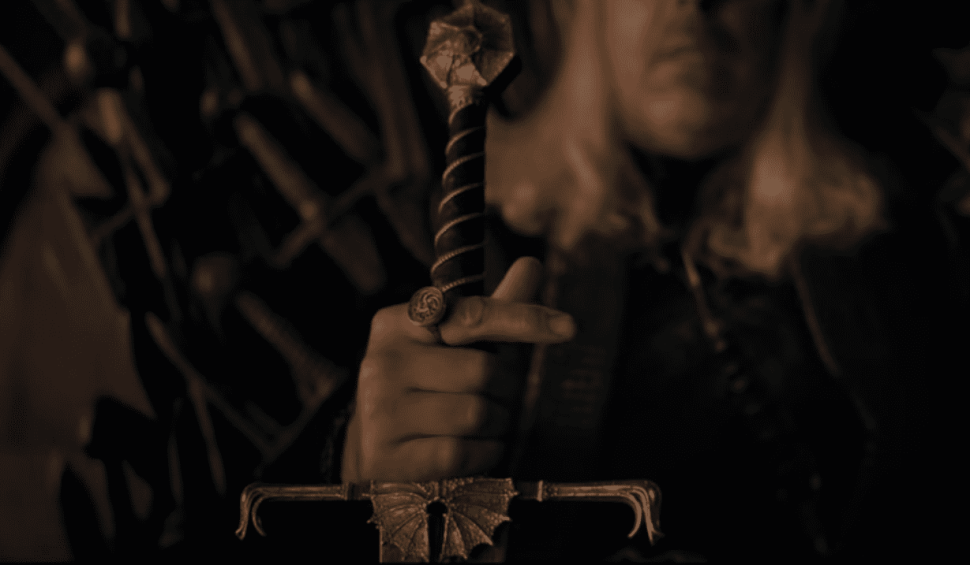