Last week’s Season 3 premiere of HBO’s Succession dealt with the fallout from Kendall’s bombshell in the Season 2 finale; this week’s episode—”Mass In Time of War”—sets the gears of conflict in motion. With battle lines drawn, Team Logan and Team Kendall are strategically recruiting key assets and positioning themselves for the wars to come. As always, the constantly shifting allegiances of the family play the most integral role.

In great Succession fashion, these machinations and alliances (or lack thereof) are largely extensions of each character’s internal emotional state. That’s why all the maneuvering is so damn juicy. So without further ado, let’s get into our beat-by-beat episode recap and dole out our weekly awards.

We open in New York City with Shiv looking forlorn in the car. Logan calls her, prompting a picture of Saddam Hussein to pop up on her phone. She doesn’t answer and no one knows what she’s doing. At the same time, Logan wants Roman to keep Gerri close. Oh, Logan, how little you know.

In a show defined by its vicious dialogue, such a splendid visual gag was a nice touch. Yet again, Succession manages to deliver a stand-out small moment, one of the tasty morsels that keeps the series thriving.

Kendall wants Greg to recruit his grandfather Ewan Roy to his side as both camps attempt to wrangle powerful players in this dispute. Kendall assures Greg that he’s on the winning team and that he’s not going to “burn him.” Greg expresses reservations about the situation, hilariously noting that “I’m kind of too young to be in Congress so much.” Tom calls Greg with his usual Shakespearean vulgarity and intimidation tactics; Greg snitches about Shiv visiting Kendall. Gerri and Roman powwow quickly about their alliance. Gerri needs family support and acknowledges Roman’s strengths and his weaknesses; Roman has high hopes. She calls their dynamic an apprenticeship. Hmm.

How are we feeling about Groman this season? Fans were really hoping Gerri and Roman would develop some sort of relationship after their verbal sexual tiffs last season. But so far, Gerri seems determined to keep it all business. Will these dividing lines blur as the season progresses, or is this creator Jesse Armstrong’s deliberate attempt to kneecap fan-led storylines?

Shiv and Kendall meet. He wants her on his side and Shiv wants to know what’s in it for her. She calls his press conference in the Season 2 finale “self-aggrandizing bullshit” and “a peacock fuck show.” To a degree, she’s absolutely right. He tries to spin it by saying he did the right thing, something Shiv wasn’t able to do despite knowing the truth. To a degree, he’s also right. “You fucked the family” she accuses; “Or I saved the family” he retorts. They talk through the situation when, surprise, Roman shows up. Both siblings are weighing their options in the early volley of this back-and-forth.

Shiv and Roman have the bickering sibling dynamic down pat, but Kendall and Shiv are dropping truth bombs one one another. They both have sincere insight into one another and this dispute really encapsulates the various viewpoints you can attach to their actions. Right, wrong, selfish, selfless. There’s an argument to be made for it all, which makes digging for the truth in Succession all the more fun.

Logan is getting nervous since his family is M.I.A. He’s still reeling from Shiv’s failure to lock in Lisa Arthur as his attorney. “I’m losing juice,” he says with a slight hint of desperation. He dangles a carrot of affection in front of Connor to secure his support. Meanwhile, Greg meets with a first-year law student friend for legal advice. In a war of titans, he’s using a peashooter. Gerri sends over a lawyer, who Greg has no idea if he can trust or not. Baffling hilarity ensues.

This is the first time in Succession history Logan genuinely appears shook, or at least vaguely open to the idea that he might not win. So, by proxy, it’s the first time the audience is facing that reality as well. This episode is exposing his potential weak spots while teasing the prospect of all four Roy children teaming up against Dear Old Dad. Rather than compete for Logan’s affection, could the Roy family brood finally join forces?

Kendall gets a status update from his legal team. They reinforce that Logan opting not to cooperate with the government, as Roman suggested, is a terrible strategy. Lisa Arthur wants to prep Kendall in case of any subpoenas. Shiv and Tom’s marital strife remains ongoing. Meanwhile, Roman shows up, with Connor a few minutes later, and Kendall makes his pitch for all of the siblings to join the fray. “Our company is a declining empire within a declining empire,” he notes. They all exchange a few rounds of verbal assault. Shiv calls Tom and Roman calls Gerri to strategize. Ultimately, none of them opt to join Kendall. It’s not easy to recruit help against the incumbent dictator.

Kendall immediately lashes out in wounded defensiveness whenever he is challenged, undermined, or simply not getting the outcome he hoped for. He can’t help but play the part of the child. “Is it cowardice or avarice?” he asks them. Kendall may be smart in his own way, but he’s never inspired loyalty or commanded fear. He hasn’t shown he’s capable of being a leader.

Shiv appeared to be the most interested in jumping ship throughout this episode, and yet is seemingly swayed by the public winds of her siblings (she’s the last one to verbally pull out of Kendall’s scheme). I wonder if this plants the seed for a future alliance down the road, or further conflict between her and Kendall later on as they both dig their heels in (his outburst didn’t help). And given Kendall’s self-destructive propensities, it won’t be easy for him to survive on a strategic island by himself.

Greg meets with his grandfather, who agrees to arrange a legal defense, though Greg’s well-being isn’t exactly their top priority. They want to take down Waystar for their own reasons. Elsewhere, Marcia finally shows up. She has demands for her much-needed allegiance in Logan’s time of need. He can’t even apologize to her, but she knows she’s in a position of strength right now. She negotiates for a better deal (Logan married a shrewd woman). She also suggests he pull out the big guns on Kendall, though even Logan recognizes the potential for collateral damage.

It’s smart for the show to bring Marcia back into the fold. She was a strong source of tension in Season 1 and adding another dynamic player to the mix helps raise the stakes. It also helps that Hiam Abbass’ death stare is unrivaled in this show. I’m curious, though, about Marcia and Logan’s brief conversation about what it is he can do to Kendall if the situation calls for it. She must be referencing Logan’s cover up of the server who died in the car crash with Kendall. Do we think Logan’s unwillingness to expose that truth is a genuine father not willing to cross a line (and expose himself to collateral damage), or merely an example of Chekov’s Gun at play? Let’s keep this moment in our back pockets.

The Shareholders Award for the central theme of this episode: The most important sequences are when all the kids are together. This family can only express their honest emotions through the transactional language of business strategy. So when Kendall makes his pitch to his siblings, of course he’s trying to recruit them to his side against their father. But he’s also trying to rebuild his version of family. He’s trying to connect with his brothers and sisters. There may be a selfish motivation driving it, but there’s also a lonely and damaged man looking for support and belonging. That vulnerability is expressed through devious strategic machinations at the multi-billion dollar level.

This line works on several levels. This is a serious yet fun bit of self-aware meta humor about the state of the entertainment media industry as legacy business attempts to keep pace in the streaming revolution. It takes on additional meaning as WarnerMedia, HBO’s parent company, is actually in the process of being merged with another company.

On another level, Kendall is talking about his family. The delicate egg shell structure of the Roys all acquiescing to a cruel dictator is not sustainable. Their family is declining and if they don’t heal and come together now, they’re all going to lose everything.

The Fortune 500 Award for the Best Strategic Play from a Non-Logan Character: Roman had the least to gain and the most to lose by leaving Team Logan. Kendall needs family support, but stressed that Shiv was his top priority among the siblings. No, Roman didn’t get the CEO gig from his Dad, but he’s positioned well with Gerri at the helm. If the siblings had banded together and taken down Logan, Gerri was right to point out that it was highly unlikely any of them would emerge as the leader of Waystar. So better the devil you know then the one you don’t, right?

Quarterly Earnings: Best Pro and Worst Con of this Episode: Best pro is the sibling dynamic and seeing Logan operate from a place of weakness and potential fear. That’s new ground for Succession to cover. The con, by proxy, might be that the show seems to shy away from that potential reality by having all the kids decide not to join Kendall. 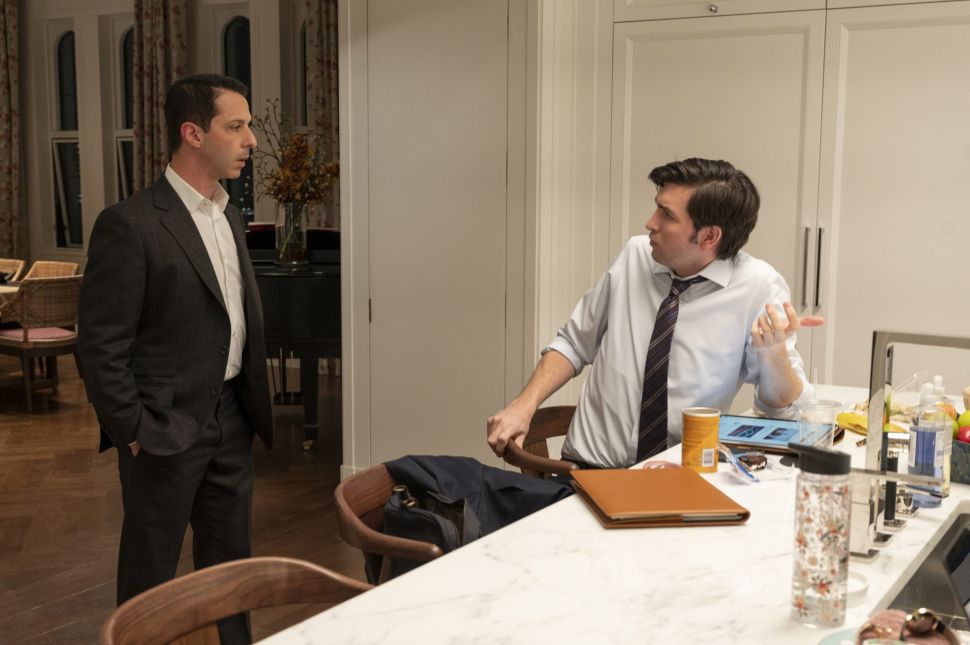