Embattled car rental giant Hertz said Monday it plans to order 100,000 Tesla electric vehicles as part of an effort to electrify its future fleet. The announcement pushed Tesla’s stock price to a record high of $950 in early trading hours and its market value close to $1 trillion.

The purchase, primarily of Tesla’s Model 3 sedans, will be the single largest order of electric vehicles to date and account for about one-tenth of Tesla’s current annual production.

“Electric vehicles are now mainstream, and we’ve only just begun to see rising global demand and interest,” Hertz’s interim CEO Mark Fields said in a press statement on Monday. “The new Hertz is going to lead the way as a mobility company, starting with the largest EV rental fleet in North America and a commitment to grow our EV fleet and provide the best rental and recharging experience for leisure and business customers around the world.”

Fields said the Tesla vehicles will be available at Hertz rental locations starting in November. The entire order is expected to be delivered by the end of 2022.

That’s a tight timeline for Tesla. The EV maker already has a backlog of unfulfilled orders due to strong demand and a short supply of auto parts. Like every other carmaker today, Tesla is grappling with a persistent global shortage of automobile chips. Most models are sold out until spring 2022.

But supply chain woes don’t seem to bother Tesla investors. Shares have jumped 11 percent in the past week on the company’s strong third-quarter results (Tesla delivered a record 241,300 cars globally in Q3.)

Also on Monday, a report by the U.K.-based auto research group JATO Dynamics showed that Tesla’s Model 3 was the best-selling car in Europe in September, Bloomberg first reported. It was the first time an electric vehicle has topped monthly car sales in the region.

A total of 24,591 Tesla Model 3 were registered in Europe last month, representing a 58 percent increase from a year ago, according to the report. Tesla Model 3 and Model Y claimed the top two ranks in the battery electric vehicle segment, followed by Volkswagen’s ID.3.

“September has historically been a strong month for the U.S. manufacturer’s registration results in Europe, on average accounting for 68 percent of its third-quarter deliveries since 2018,” the JATO report says. “The strong performance of the Model 3 is in part explained by Tesla’s intensive end-of-quarter sales push.”

Morgan Stanley analyst Adam Jonas on Monday boosted his target price for Tesla by a third to $1,200, citing company’s “extraordinary” sales growth despite supply chain challenges. At press time, Tesla stock is traded at $972 per share, giving the company a market cap of $950 billion. 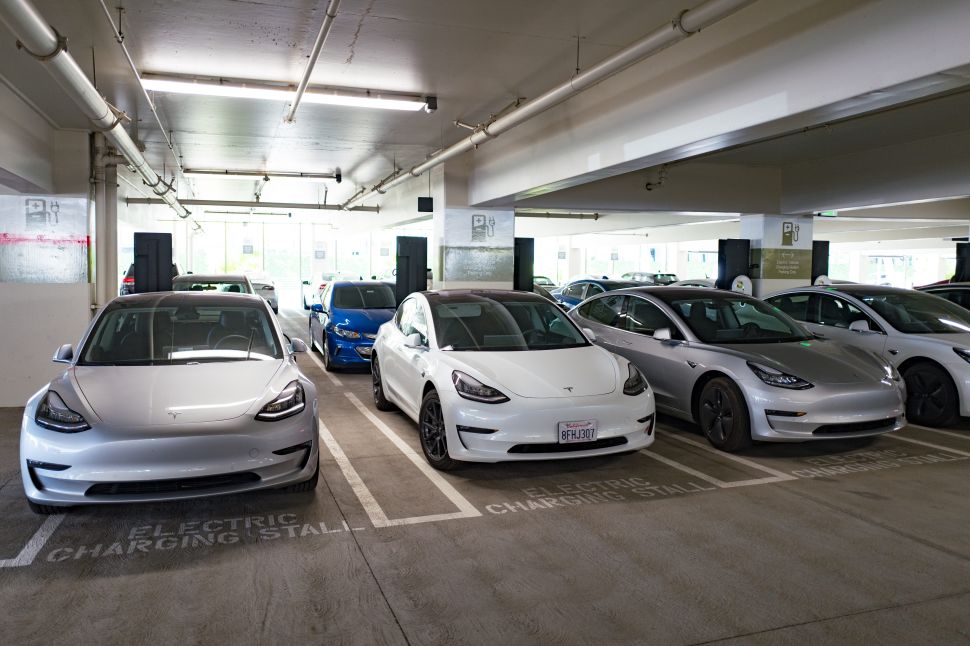