If you haven’t had any luck finding a nice used car lately due to the dreadful global automobile shortage, things might change soon as rental car giant Hertz plans to dump thousands of vehicles it no longer wants on the used car online marketplace Carnava as part of its organization-wide shift to electric vehicles.

Hertz on Wednesday morning announced an agreement with Carvana to sell vehicles from its rental fleet nationally, following a pilot program in September. The announcement came two days after Hertz placed an order of 100,000 Tesla cars as the first major step to electrify its rental fleet.

Rental cars make up a large chunk of supply to the used car market. Historically, Hertz has sold vehicles through auctions, direct-to-dealer programs and its “Hertz Car Sales” retail network. But an exclusive partnership with a one-stop online shop like Carvana is a first in the industry.

“Our new partnership with Carvana will help Hertz provide a tech-enabled and scalable channel through the lifecycle of our fleet,” Hertz interim CEO Mark Fields said in a statement. “This is another step toward the new Hertz – combining our brand strength and global fleet expertise with new technology and innovations to chart a dynamic, new course for the future of travel, mobility and the auto industry.”

Hertz owns about half a million rental cars worldwide. It’s unclear how many cars it will put up for sale initially. Yet, industry analysts don’t expect an immediate impact on the used car market.

“Hertz is getting rid of cars faster than they can use them. But it’s not going to happen overnight,” said Karl Brauer, executive analyst at the automotive research site iSeeCars.com. “We’re not going to see used car prices drop significantly in the next few days or weeks.”

Brauer added that he expects used car prices to stabilize over time as Hertz gradually feeds inventory to the market and the global chip shortage eases.

Meanwhile Hertz is moving rapidly on the electric vehicle front. Also on Wednesday, the company announced a partnership with Uber to make up to 50,000 Teslas it just bought available by 2023 for Uber drivers. Starting November 1, Uber drivers can rent Teslas from Hertz through the program in Los Angeles, San Francisco, San Diego and Washington, D.C., with a nationwide expansion planned in the coming weeks.

If successful, the program could expand to 150,000 Teslas during the next three years, Hertz said. 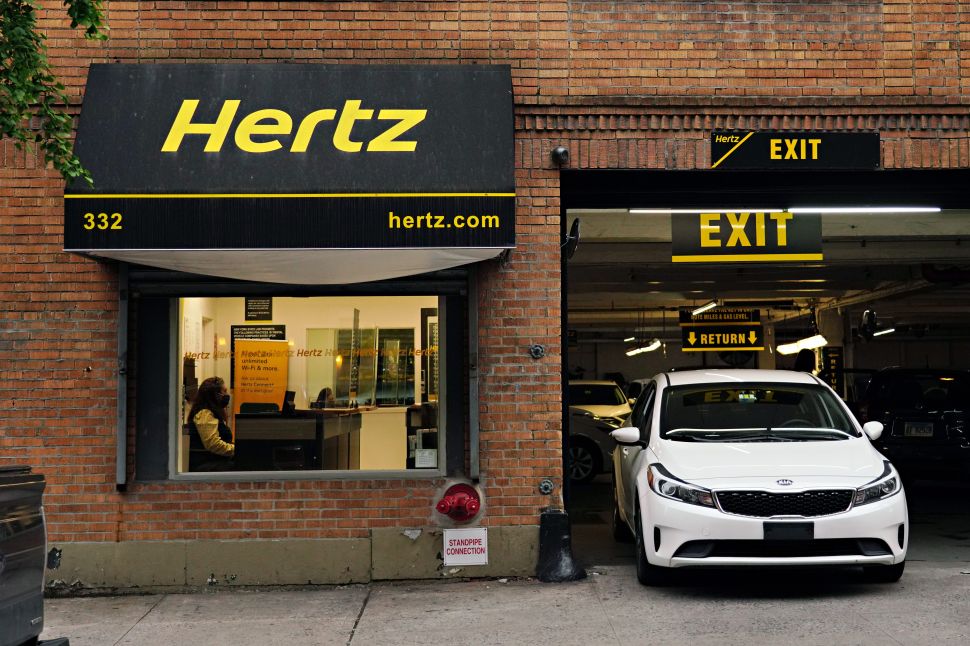