In a few years, the manufacturer of the Honda Civic and CR-V may be operating air taxis above cities and launching reusable rockets into Earth’s orbit like SpaceX and Rocket Lab.

The carmaker, with a market cap of $55 billion, plans to invest $45 billion in the next six years on the research and development of these new projects and expects to create a rocket division as big as its electric vehicle unit.

This idea to build reusable rockets is initiated by “young Honda engineers” who wanted to utilize the company’s “core technologies, such as combustion and control technologies” in new areas, Honda said in a press release on September 30.

Specifically, Honda says it will apply its combustion technology developed for gas cars to build a liquid fuel system for rockets and autonomous driving technology to rocket flight control and guidance. The company formed a team of combustion engineers in 2019 and has built a prototype rocket engine.

“Technologies for rocket combustion and control and lower costs are already in the hands of automakers. We will just change the field where the technologies are applied,” Honda CEO Toshihiro Mibe told Japan’s Nikkei Asia.

“This is not surprising, and Honda is not the first auto company to enter the space industry recently,” said Micah Walter-Range, President of Caelus Partners, a consulting firm specializing in the commercial space industry. Chinese automaker Geely is working on a satellite network to support self-driving cars.

“The rationale offered by the company makes sense,” Walter-Range added. “They know how to produce highly reliable components at a large scale, and they have the engineering expertise to apply to the challenge of rocketry.”

Honda’s rocket initiative will put the 73-year-old automaker in a tough race against billionaire and SPAC-backed companies like SpaceX, Blue Origin, Virgin Orbit and Rocket Lab.

All these companies—many of which are unprofitable—are betting on the booming business of small satellite launch. The demand for low Earth orbit imaging and communications satellites has soared in recent years. By one estimate, by the market research firm Mordor Intelligence, the small satellite launch industry is on track to grow from this year’s $4 billion to $7.2 billion by 2026.

But options for launching these satellites are still limited and largely dominated by a handful of companies. Competition to lower the cost of launch is intense. Delivering a full load of satellites to Earth orbit using a SpaceX Falcon 9 can cost as much as $70 million per launch, which is already much cheaper than traditional single-use rockets. SpaceX has made it less expensive for small satellite makers through its satellite “ride-share” program. And its competitors, such as Rocket Lab, have been able to significantly lower per-launch prices by making smaller reusable boosters.

Honda says its reusable rockets will be able to launch satellites for half what it costs today. Yet, it’s hard to say how competitive that proposition will be in ten year when its rockets are finally commercially ready.

Honda plans to build its first reusable rocket and test launch it with a satellite before the end of this decade. 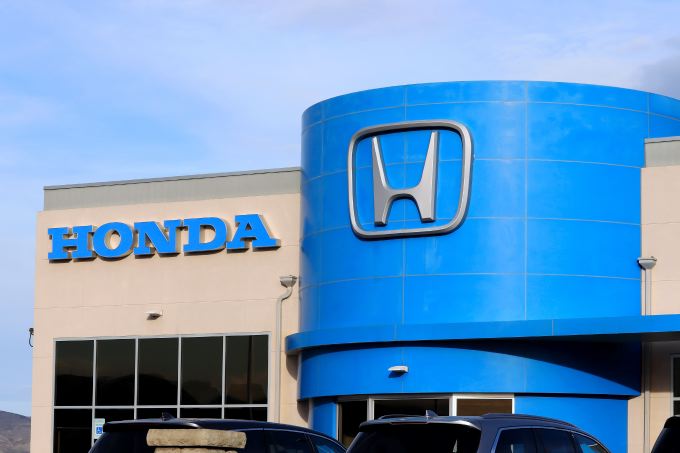