It’s no secret to anyone familiar with the intersecting worlds of art and celebrity that Beyoncé and Jay-Z are eager patrons with impressive personal collections; therefore, it’s not a huge shock that Jay-Z has recently been spotted hitting up several highly anticipated exhibitions in London ahead of the Frieze Art Fair. The power couple also turned heads around a week ago when they made a dual appearance at the London Film Festival. According to new reports, Jay-Z was spotted at Pace gallery’s new mega-location in Mayfair, as well as Gagosian London’s debut of the Antwaun Sargent exhibition “Social Works II.”

Jay-Z visited the Mayfair Pace to watch a performance by Torkwase Dyson; Dyson’s uncle, Michael Eric Dyson, wrote a biography billionaire of the rapper and entrepreneur entitled Jay-Z: Made in America. It’s not yet known whether Jay-Z will make any auspicious purchases at the upcoming Frieze Art Fair, but he has an impressive record of snapping up interesting work. Beyoncé and Jay-Z have jointly collected work by artists including Andy Warhol, Richard Prince, Jean-Michel Basquiat and George Condo.

Additionally, the celebrity couple recently made headlines for their appearance in a commercial for the luxury brand Tiffany’s. In the campaign, which was made as part of Tiffany & Co.’s About Love initiative, Jay and Bey are pictured posting next to Equals Pi, a 1982 painting by Basquiat that had previously belonged to a private collector. Equals Pi is actually owned by Tiffany & Co., and the company caught flack when Alexandre Arnault, the executive vice president of products and communications at Tiffany’s, said that the artist’s source of inspiration was clear. “We know a little bit about Basquiat,” Arnault said. “We know he loved New York, and that he loved luxury and he loved jewelry. My guess is that the [blue painting] is not by chance. The color is so specific that it has to be some kind of homage.” 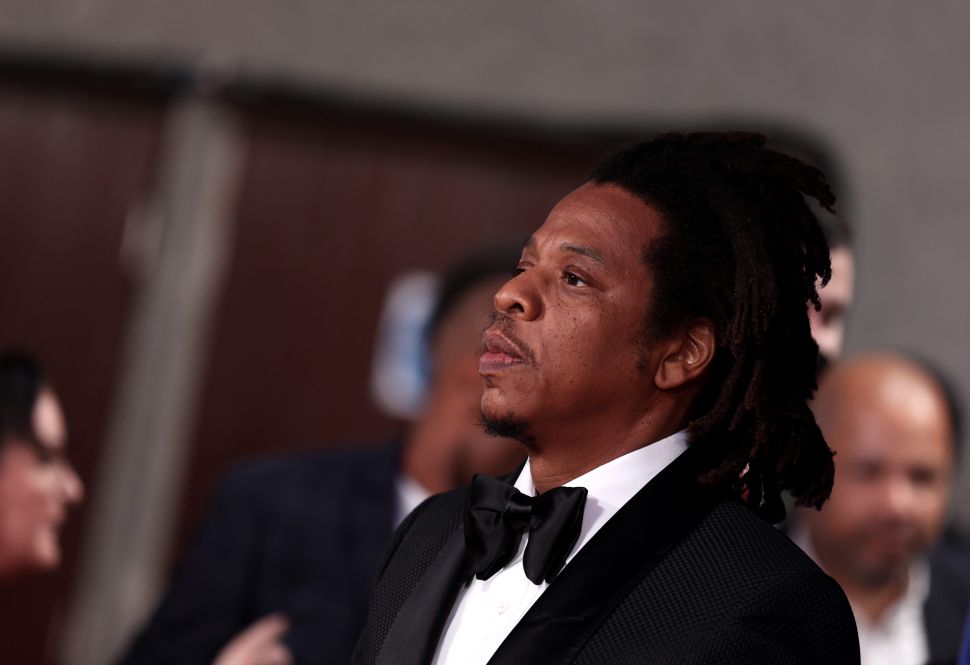