Those who toil in the field of theatrical journalism tend not to notice the No Exit signs. It can be  a life sentence, unless you have a love of change and risk, and maybe an internal stop-start mechanism of some sort.

Jeremy McCarter seems to have all that, and it has helped him slip through the right doors as he’s developed his career. As he put it recently, he’s been “around the byline business for years,” starting as a reporter for his high school newspaper in Pennsylvania, then on to The Harvard Crimson in college, followed by an internship at The New Republic around the turn of the century, when print still ruled the roost and newspapers were actually starting up instead of shutting down. One of them, the short-lived New York Sun, hired McCarter as its drama critic, which turned into a similar role at New York magazine writing about culture and politics, which turned into an even broader purview at Newsweek. And before you knew it, almost a decade had gone by, print no longer ruled the roost, and McCarter found himself missing theater and looking for something new.

And so McCarter began five years on the staff of the Public Theater in New York, where he created and ran the Public Forum series, talking with artists and activists about their work and the ways it intersected. Back to writing, he co-authored two books with Lin-Manuel Miranda based on the latter’s Tony-winning musicals: Hamilton: The Revolution and the recently released In the Heights: Finding Home.

Whew! That’s quite a path, and we haven’t even gotten to City on Fire, the audio drama about the 1919 Chicago race riots he co-wrote for Windy City public radio station WBEZ. But, basically, McCarter is a storyteller, and theater has been a constant in his life.

At Harvard, he explained, he majored in history for two reasons: “One, it was the way to do the most writing, and in history you get the best stories—and two, it left more time available to work on plays.” By “work,” he meant directing, not acting. “I acted only when absolutely necessary. I never got bitten by the acting bug, thank God! I had some friends doing theater in college, and they needed some help so I pitched in and found I really loved it.”

As it happened, at the end of the hall from where McCarter directed these student productions was the office of Robert Brustein, the professor who founded both the Yale Rep when he taught in New Haven and the American Repertory Theater once he’d come to Harvard. “He was a writer and director who ran a company and found a way to make it all work in the context of a single professional life. It gave me reason to think you could keep all these plates spinning. He gave me a ton of good advice, and his encouragement was important to me.”

After college, McCarter began a two-year internship at The New Republic, where Brustein was resident critic. “In 2002, I heard there was going to be a new daily newspaper in New York, and I figured they might have an arts section, and, if they did, they might need a critic, so I wrote a letter and sent in samples of my writing and crossed my fingers. It worked. At 25, I became a critic on Broadway where I had no business being. But I learned a lot, writing two or three times a week, 50 weeks a year, and it was an extraordinary chance to find a voice and a point of view.

“I remember feeling grateful and delighted at a chance of being a part of that strange and wonderful world. I’ve always loved getting to learn from people who have been doing things for a long time. Some of the people who were sitting around that table at The Drama Critics Circle were people who had been doing their jobs for decades. I was the youngest person there.”

The theatrical awareness the boy critic advanced at the Sun transferred nicely to New York magazine in 2005. There, he was among the first to sing rhapsodic praises for In the Heights, which opened off-Broadway in 2007 and went on to win four Tonys after it moved to Broadway in 2008.

“For as long as I’d been about theater, I’d wished that the plays and musicals I was seeing were reflecting more of the energy and the diversity of the culture that I saw outside the theater walls. I had not seen anything that did that as physically or as successfully as Lin did. Within five minutes of the show starting, I felt like ‘This is the guy! Here is someone who’s really doing it.’”

McCarter saw In the Heights in 2007, but it wasn’t until the summer of 2008 that the critic and the creator came together for some serious drinking. When Miranda sprang the idea of the hip-hop Hamilton on him, McCarter thought that it was a drunken joke. “At that point, it was still a mixed tape,” McCarter qualified. “Lin wasn’t thinking of it as a stage musical then, but, even as a mixed tape, I thought that the idea was crazy. And I still do. It is crazy. It’s just a crazy idea that turns out to be pretty brilliant when it’s executed like that.”

When Oskar Eustis became kingpin of The Public Theater, McCarter was still at The New York Sun. He thought he’d devote a column to his hopes for the theater. His editors splashed it big all over the front page of the arts section, with the headline “An Agenda for The Public.” McCarter was mortified. “Telling a person how to do his job is not a great way to say hello,” he allowed.

“A few months later, I saw Oskar at the Obie Awards and just thought, ‘I might as well get this over with, let him say whatever he’s going to say about it.’ So I steeled myself and went up and introduced myself. To my surprise, he was not upset about what I wrote. He was actually glad somebody cared enough to have hopes for the place. Over the next few years, we met and talked theater a lot. I was at Newsweek then and had left theater, so I was missing it. I had half an idea, he had half an idea, and we put them together and created the Public Forum series.”

The series took various forms. The Drama Club, held in Joe’s Pub, would do readings of one-act plays that paired actors with non-theatrical folks who could hold their own. There was the traditional annual reading of The Long Christmas Dinner by Thornton Wilder. Cynthia Nixon, Sam Waterston and Wilder’s nephew were notable participants. Most impressive were the big extravaganzas in Central Park in which actors and activists would do Shakespearean vaudeville.

The latter was a point of pride for McCarter. “We did the balcony scene from Romeo and Juliet with Andre Holland and Jessica Chastain, still the best 15 minutes of Shakespeare I’ve ever seen. James Earl Jones came back to the Delacorte for the first time in many years to do an excerpt from Othello, one of the highlights of my whole life. We had a transcript of a conversation that the creators of West Side Story had done years ago, and we got Chita Rivera to read the ‘role’ of Terrence McNally, who’d moderated the conversation when it happened.”

When McCarter joined the artistic staff at The Public, bringing in artists to propose projects was hardly the top item on his job description. Yet the first artist he brought to Eustis was his friend, Lin-Manuel Miranda, and the rest is history. Miranda didn’t play any Hamilton music that first visit, but he did give McCarter a CD of demos. “I vividly recall coming back to my apartment in Brooklyn at the end of the day, popping in that CD, listening to these songs, and feeling: if he decides to make this a stage musical, it’s going to be the best musical of our generation.”

In February of 2015, when Hamilton premiered at The Public, Miranda proposed that he and McCarter collaborate on a book version of the show. “My initial response wasn’t yes. I didn’t see how a book could stand next to the show. But I said I’d think about it. What I came up with was finding a way to tell two stories in one book. Hamilton tells the story of a revolution—the American revolution in the 18th century—and Hamilton is a revolution because of all that’s changed in what Broadway looks and sounds like. It’s a change in the lives of its artists I got to know over the years. If we could find a way to tell those two stories along one narrative arc, that’d be a pretty cool book. I pitched that idea to Lin, he was into it, and away we went.”

In 2019, to hype the film version of Miranda’s first-born, In the Heights, he proposed another collaboration. This time, the pie was split three ways. Quiara Alegria Hudes, the Pulitzer Prize winner who wrote the musical’s book and subsequently the screenplay, was asked to join the party, contributing four essays about her work process and how film dictated script changes. The book’s 22 chapters are titled for songs cut from the show; the lyrics of the songs that did make the show are printed, with endless annotations from Miranda on how the words evolved. McCarter did the heavy lifting that holds these disparate elements together, providing rock-solid linear narrative that chronicles the 22 years spent on In the Heights, the first draft of which dates to 1999.

“We felt that the two books ought to function as a set. We do think of them as telling one story. There is so much of Lin that you’re getting in both. Between the two are the first 40 years of the guy’s life. The first book deals with the time he spent creating Hamilton. The second goes from the time he started writing In the Heights at 19, as a sophomore at Wesleyan University, to the movie’s premiere in June. I would hope each feels like it is capturing the spirit of the show.” 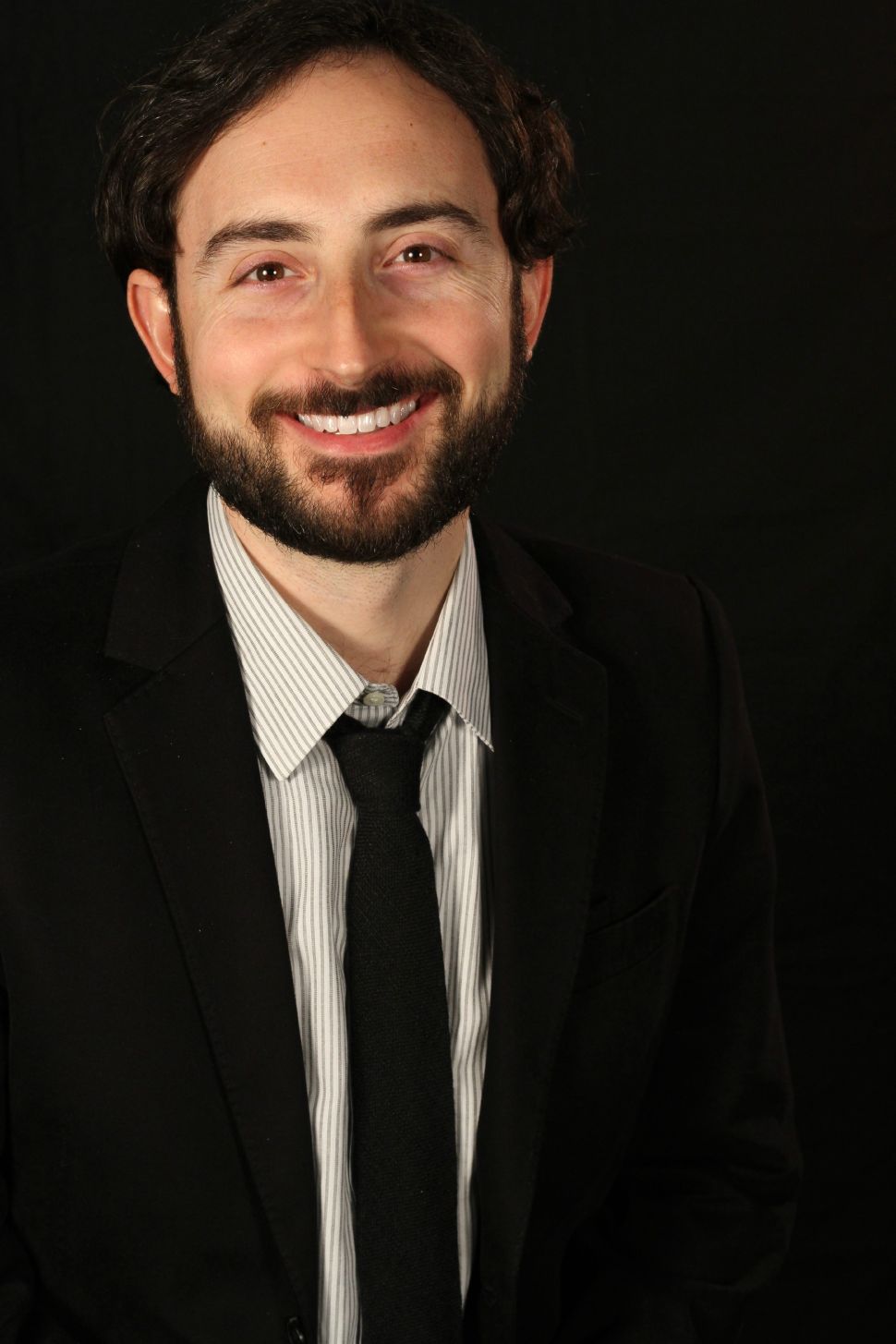