On Wednesday, a Benin Bronze sculpture of a cockerel was officially restituted to Nigeria in a ceremony by the Jesus College at the University of Cambridge, making the institution the first in the U.K. to return a Benin Bronze to its country of origin. Jesus College first announced its intention to return the object to Nigeria after an investigation into the institution’s ties to colonialism and slavery took place in 2019. This week, the University of Aberdeen in the U.K. will also be returning a Benin Bronze, a sculpture of a Benin Oba (king). The Oba, like many objects were potentially introduced to official auction channels via unsavory methods, was purchased by the University’s museum at a Sotheby’s auction in 1957.

This week, the Quai Branly museum in Paris is reaffirming its commitment to returning 26 looted objects to Nigeria with a final exhibition, but other prominent institutions have not been quite so willing to engage in restitution. The British Museum has approximately 900 objects from Benin in its collection; in the past, the museum has shown unwillingness even to lend some of the items out, let alone return them altogether.

“We are the first institution to realize that the moral imperative is powerful enough to propel one through the host of reasons sometimes given as to why this is a difficult task,” Sonita Alleyne, the master of Jesus College, said during the ceremony for the return of the Bronze. “We are proud to be the first institution to simply act, to just do it. This Benin bronze, this Okukor, does not belong to us.”

Additionally, this week, Ewuare II, the current Oba of Benin, said that he hopes that “other institutions worldwide will see the injustice when they insist on holding on to items which in fact should be a reminder to them of the great injustice that was inflicted on a people so far away and so long ago.” 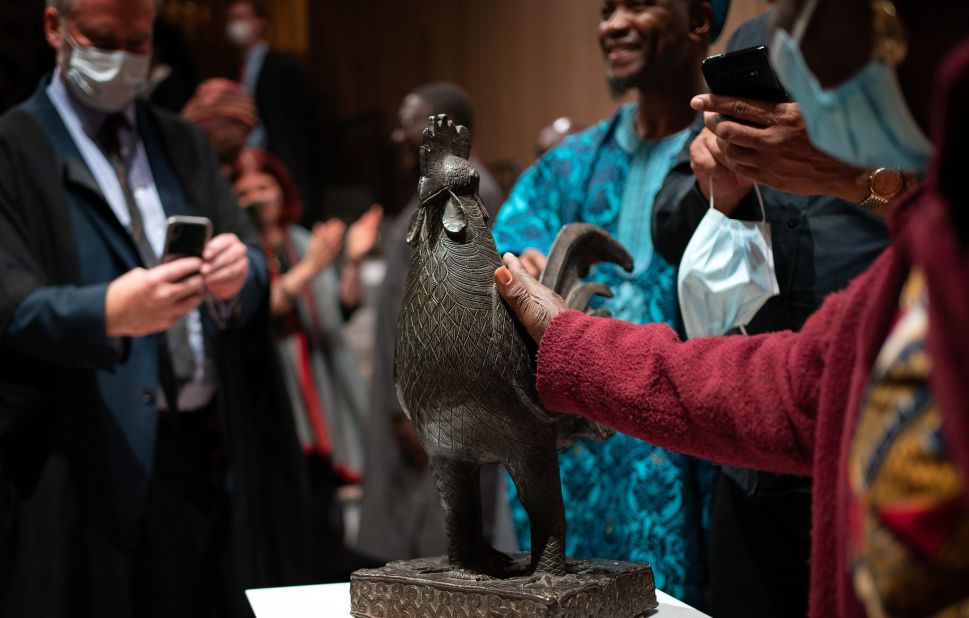