The Great Pyramid of Giza is one of the most iconic works of funerary art in the world; a towering testament to ancient Egyptian civilization smack dab in the middle of the desert. For an upcoming contemporary art exhibition, the first in the pyramid’s 4,500-year history, the artist JR has created a large-scale illusory artwork that makes it look as though a giant hand is supporting part of the pyramid; the JR installation also shows a top section of the pyramid hovering, disconnected, from the rest of the base. Some of the other artists featured in the exhibition include Ai-Da, Alexander Ponomarev and Lorenzo Quinn.

JR in particular is known for his ambitious, trompe l’oeil-style creations, which often make use of famous landmarks in order to reconfigure or re-envision them in some way. For his Egypt installation, JR divided the work’s image file into 4,591 pieces, and determined that each individual piece will be collectible as an NFT. “Thanks to technology and NFTs, it is the first time that anyone can actually collect a piece of the public artwork,” the artist wrote on Instagram. Earlier this year, JR generated a trompe-l’oeil beneath the Eiffel Tower that made it appear as though a vase crevasse was opening up beneath it. Last year, JR also created a mural in New York City’s Domino Park that featured the faces of many different residents of the city across all five boroughs.

The private firm Art D’Égypte put together the Pyramid of Giza exhibition, which will be open through November 7, 2021. “Egyptian culture is a gift to humanity, and the purpose of this exhibition is to showcase these treasures in a dialogue with the contemporary on an international scale,” Nadine A. Ghaffar, Art D’Égypte’s founder, said in a statement. “Ancient Egypt has influenced artists from around the world, and so we bring the world to Egypt and Egypt to the world through art.” 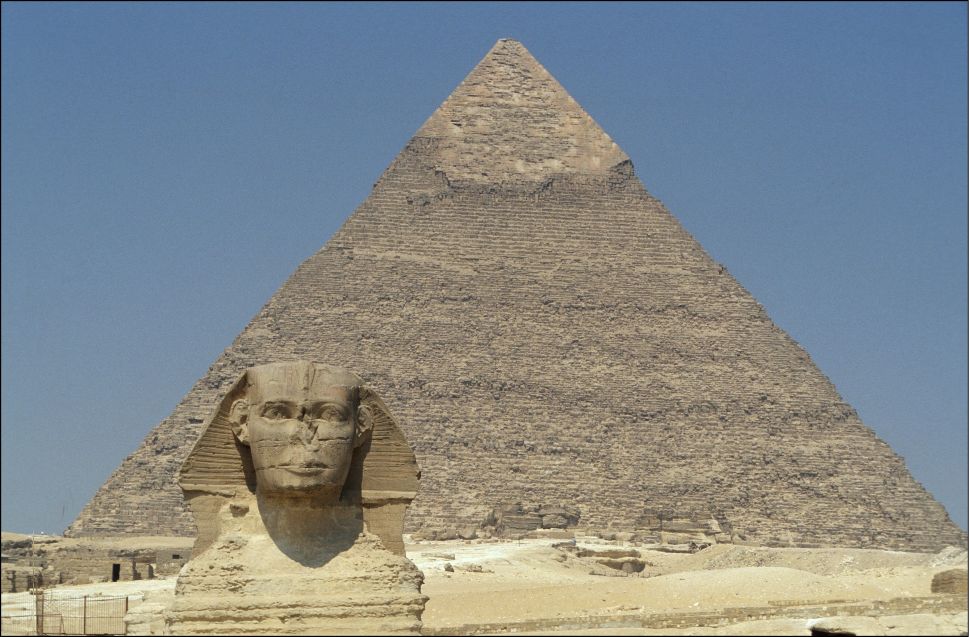