After nearly 20 years, Justin Timberlake has decided to bid farewell (cue the Bye, Bye, Bye puns here) to his palatial Hollywood Hills mansion. The Grammy-winner purchased the compound in 2002, prior to his marriage to Jessica Biel, and now the couple has listed the Spanish-style estate for a staggering $35 million.

Timberlake bought the compound from Helen Hunt in two separate transactions; per the Wall Street Journal, the actress sold Timberlake a three-acre parcel on which she had already built a home, and then also sold him the adjacent seven-acre property, which was then vacant. The latter, larger lot is where Timberlake and Biel built their current 13,530-square-foot main residence.

The home’s celeb past extends past Hunt, however, as the Los Angeles property was once part of the Errol Flynn estate.

Timberlake and Biel brought in designer Estee Stanley to renovate the home in a modern-rustic style; they also added an 85-foot-long zero-edge swimming pool, which falls into a plunge pool below, Hilton & Hyland brokers Justin Paul Huchel and Drew Fenton, who are sharing the listing, told the WSJ.

The nine-bedroom, 13-bathroom estate features exposed wood beams and hardwood floors throughout. There’s a large kitchen, multiple fireplaces, a double living room, a gym and a screening room. The expansive primary suite is fitted with a dressing room and oversized bathroom with double vanities.

A spacious, covered outdoor living room with a wooden ceiling wraps around the house, offering plenty of space for al fresco dining, entertaining and lounging.

Outside, there’s a tennis court, vegetable garden and a guest house, as well as the aforementioned double-pool situation.

It doesn’t appear that Timberlake and Biel, who tied the knot in 2012 and have two children together, have purchased another West Coast abode just yet; Huchel told the WSJ that the duo has been spending less time in Los Angeles. Indeed, the couple owns a number of homes around the country, including a Montana estate in the exclusive Yellowstone Club as well as a property in Tennessee, where they’ve reportedly been spending much of their time. They also own a sleek New York penthouse in a celeb-adored Tribeca building, for which they paid $20.19 million in 2017. 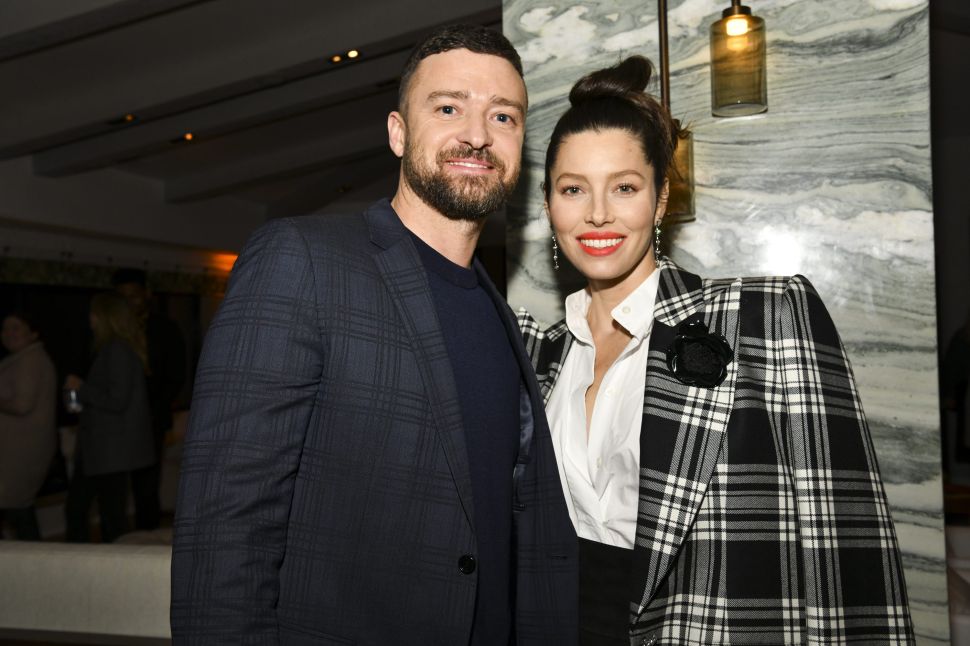